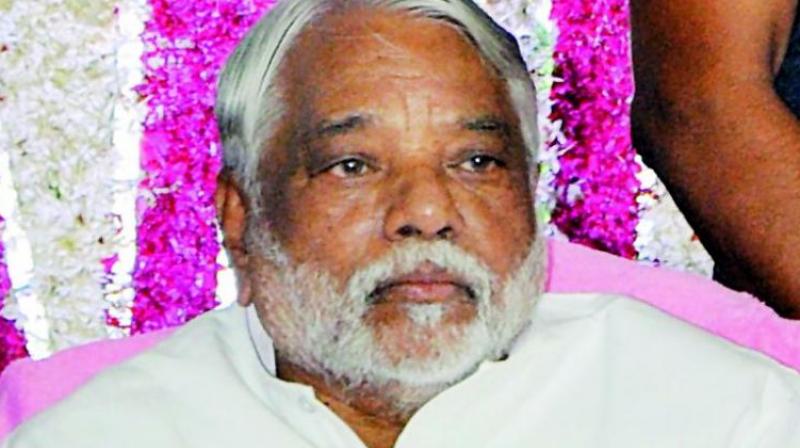 Hyderabad: TRS Parliamentary Party leader K. Kesava Rao said on Saturday that the party does not support the farm laws passed by the Union government. “Our stand is very clear and has not changed,” he and TRS floor leader in Lok Sabha Nama Nageswara Rao told the media in New Delhi.

Keshava Rao noted that the Union government had not even agreed to send the Bills to the select committee as was requested from the Opposition benches. “The government should now hold discussions with farmers and solve their problems. At the same time, the January 26 violence in Delhi was not justified,” he said.

Keshava Rao said that this violence cannot be an excuse for the government to act tough against the protesting farmers. “We are giving first priority to agriculture in Telangana state. We are implementing many farmer-welfare and development schemes. Agriculture is a state issue. Bringing in laws by way of farm reforms at the national level means undermining the spirit of federalism,” he said.

The TRS Parliamentary Party leader also noted that many issues relating to the bifurcation of Andhra Pradesh still persisted. These must be discussed in the parliament session. Also, the OBC reservation issue should be discussed. “We are not against the newly given reservations to forward castes. Errors should be corrected.”

He said OBCs sought formation of a separate ministry in the Central government to give special attention to their problems. The women’s reservation Bill should also be debated in the House. It has been pending for many years, he said.

Keshava Rao said the TRS felt it was inappropriate on the part of the Opposition to boycott the President’s speech. “We felt a boycott would mean endorsing the January 26 violence.”

Nageswara Rao noted that the President, in his address, has referred to many schemes undertaken by the Telangana state government. “The KCR government is a guiding light to many other states for the way it implemented various schemes. The good projects undertaken at the national level too inspire Telangana.”

Nageswara Rao pointed out that the economy across states was seriously hit by the Covid-19 pandemic. “We will seek a discussion on this in Parliament. Now elections are over. We are cooperating with the Union government and expect of it to provide the state with funds for implementing various projects,” he said.

“Major road and railway projects need be brought to the state. We will ask for Central support on this. Telangana is the only state that provides sufficient water for farmers and free education to students. Farmers should get better price for their produce. We shall raise issues relating to crops like Subabul and Jamaoil in the current session. These should also be discussed,” Nageswara Rao added.