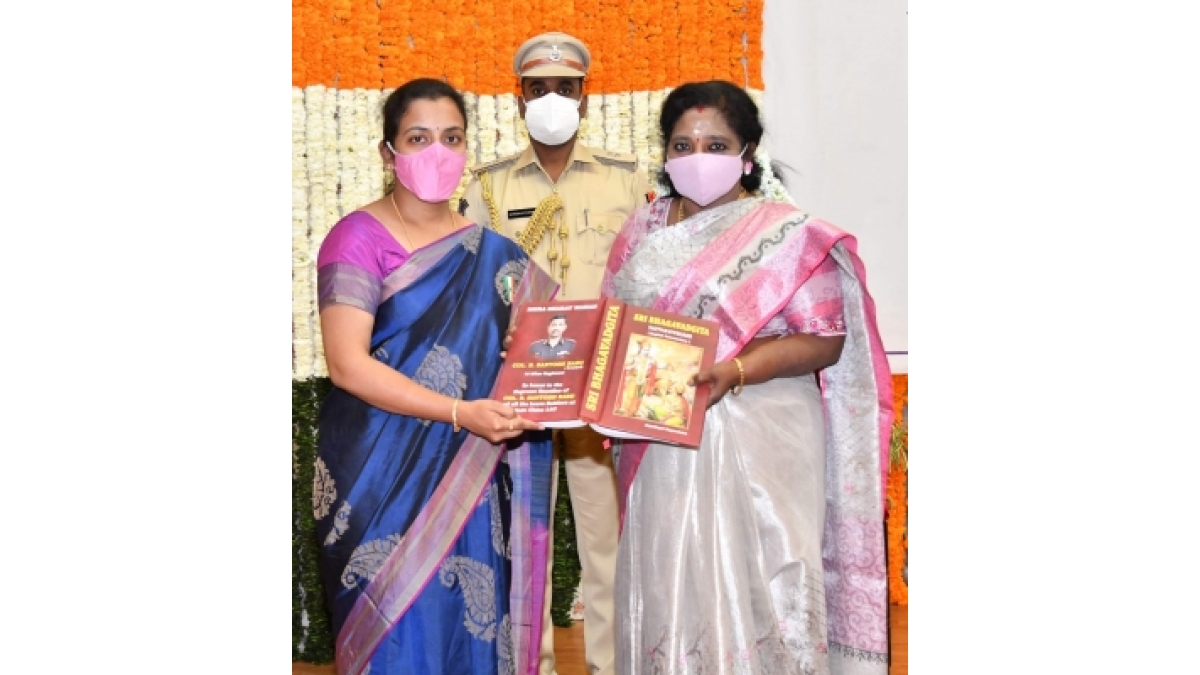 Santosh Babu laid down his life fighting against the Chinese incursions last year at Galwan valley.

The Governor felicitated Santoshi and her children at Raj Bhavan.

Chadalavada Hemesh was also felicitated by the Governor. The 13-year-old has been awarded Pradhan Mantri Rashtriya Bal Puraskar for developing a wearable device for those afflicted with Alzheimer’s disease.

The Governor appreciated their dedicated services and thus bringing laurels to the state and the country.

Soundararajan also hosted a virtual At Home for the inmates of the Bala Sadans across the state on the occasion of Republic Day.

As the regular At Home could not be conducted as part of the Covid-19 preventive measures, the governor instead interacted with the inmates of Bala Sadans in a virtual mode and motivated them to work diligently to realise their dreams.

“This is the happiest and memorable Republic Day for me, as I interacted with the inmates of Bala Sadans. They are having great confidence, communication skills and the dreams to realise and goals to achieve to serve the underprivileged in future,” the Governor added.

Dr. Tamilisai Soundararajan assured all the children that they would be invited to the Raj Bhavan when conditions become normal and would give them a treat.

The governor was moved by the suffering that some children had to go through at the hands of their relatives before their joining the Bala Sadans.

A couple of children exhibited their singing talents and each of them, whoever got the chance to interact at the virtual meet, narrated their stories and dreams in a moving way.