Television actors who couldn’t make it big in Bollywood 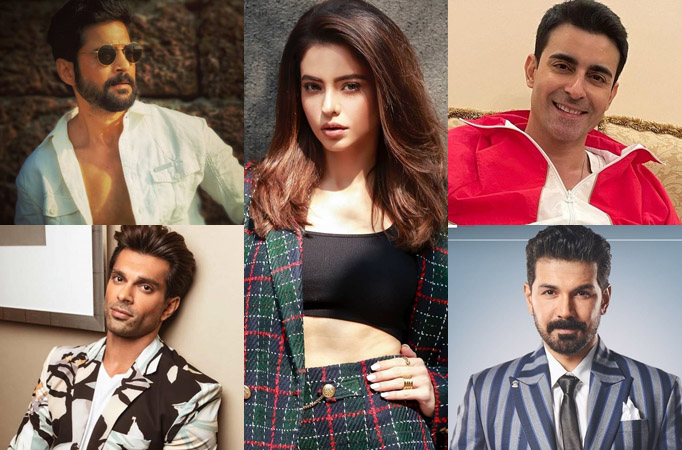 MUMBAI: When actors begin their journey in the acting field, their goal is mostly to make it to Bollywood.

There have been many television actors who have left their TV careers to try their luck in Bollywood. Some could make an impact, but others couldn’t make it that big and have come back to television or web series for that matter.

There is no doubt that it’s very difficult to sustain a career in Bollywood because sometime you are talented but it depends on how the film industry perceives you.

Today, we bring you a few TV actors who couldn’t make it big in Bollywood, and while some have disappeared, there are a few who have come back to television.

Rajeev has a very impactful career on television, as from his debut show itself, he had become a craze among the audiences and he was everyone’s favourite. But post leaving his show mid-way, the actor tried his luck in Bollywood but all in vain.

His movies Aamir, Table 21, and Fever tanked at the box office. He featured in many films but none could make the impact we were hoping for and hence he came back to television and was seen in the show Reporters and did a few web series which were quite successful.

Prachi was a very successful star on television and rose to fame with her debut serial Kasamh Se. Post that she tried her luck in Bollywood. Though she debuted in a big production house movie like Rock On and backed it up with Once Upon a Time in Mumbai and Bol Bachchan, the actress couldn’t make it big.

She has not yet come back to television but is waiting for the right script and movie where she will finally get her due.

Post that he tried his luck in Bollywood where debuted in the movies Alone and then Hate Story 3, which unfortunately couldn’t make an impact on the box office. He is back to television where he was seen as Mr. Bajaj in Kasautii Zindagii Kay and now as Asad in Qubool Hai 2.0.

A popular name in the Indian TV industry, Jay’s Neev in Kayamath was widely loved by his audience. He then began to host dance reality shows which made him a household name.

Post that he tried his luck in Bollywood where he debuted with the movie Platform No. 6 followed by Hate Story 2 and Ek Paheli Leela. But none of them gave him the stardom we all thought he’d achieve as the actor is quite talented. But now he is back on television.

Aamna is a big name in the television industry, and she rose to fame with her performance as Kashish in Kahiin to Hoga, post which she tried her luck in Bollywood.

She debuted in the movie Aloo Chaat and followed by Ek Villian, but even though Ek Villian was a hit, she couldn’t make an impactful career in Bollywood and returned back to television with the role of Komolika in Kasautii Zindagii Kay.

Abhinav Shukla rose to fame with his stint in the Bigg Boss house (Season 14), and today, he has a crazy fan following. He has been part of television serials like Chotti Bhau, Diya Aur Baati Hum, and Silsila Badalte Rishton Ka.

Post that he tried his luck in Bollywood where he debuted with Aksar 2 and Luka Chupp. Aksar tanked at the box office. Luka Chuppi was a successful movie but he couldn’t make an impact in the industry and thus he returned back to television with shows like Bigg Boss and Silsila Badalte Rishton Ka.

Anita began her career as a television actress in serials like Kavyaanjili and Kabhii Sautan Kabhii Sahelii. Then, she tried her luck in Bollywood.

She debuted with the movie Kuch Toh Hai followed by Krishna Cottage, Koi Aap Sa, and Yeh Dil but all these movies tanked at the box office and she returned back to television with the serial Yeh Hai Mohabaatein which once again gave her all the fame and love.

A child star, all of us loved Hansika in the TV show Shaka Laka Boom Boom and the movie Koi Mil Gaya.

But within a few years, she was all grown up and she made her debut in Himesh Reshamiyya’s infamous movie Tera Surroor at the age of 16. The movie tanked at the box office, and post that she didn’t appear in any Bollywood movie, but is a big star down south.

Kapil Sharma is a mega superstar on television and his show is huge success and always tops the TRP charts.

But there was a time where Kapil had taken a break and tried his luck in Bollywood where he debuted with the movie Kis Kisko Pyaar Karoon followed by Firangi. Though his first movie was a hit, his second was a disaster at the box office and the actor returned back to television and began his show all over again.

Gauahar began a career as a supermodel and then eventually was part of many realitiy shows. She rose to fame with her stint in the Bigg Boss house and emerged as the winner of the show.

Before coming back to television  Gauahar has debuted with YRF’s movie Rocket Singh opposite Ranbir Kapoor and then did Ishaqzaade, Fever, Begum Jaan, and many more, but unfortunately these movies were not hits and she couldn’t make an impact in Bollywood.
But today she is a big name in the world of television and has a massive fan following.

Gautam is a big name in the world of television and rose to fame with his performance as Saras in Saraswatichandra. He was a part of many successful serials.

He also tried his luck in Bollywood by debuting in Aksar 2, but the movie tanked at the box office and he couldn’t make it big. He too as returned to television.

Well, who said it’s easy to make a career in Bollywood? Sometimes your luck doesn’t favour you in spite of being a good actor.