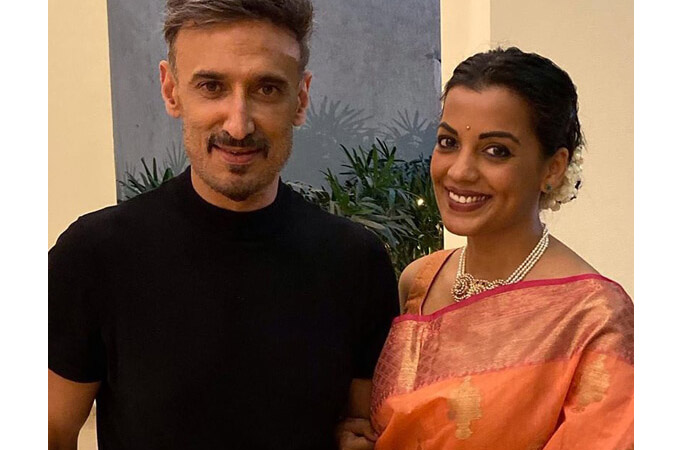 MUMBAI: “Jab koi pyaar mein hota hai toh sahi ya galat nahi hota.” – This is one of the most popular dialogues of Kareena Kapoor Khan in Jab We Met. Doesn’t the dialogue define the definition of true love?

Love does not see any boundaries. Our entertainment industry has many couples, who have defied the age gap and have settled down. One such pair, who decided to be together despite the age difference of 14 years is Rahul Dev and Mugdha Godse.

During an exclusive interview, Mugdha opened up about her love story with Rahul. She said that the almighty helped her in finding her true love. The pair had met at a mutual friend’s wedding in 2013. From being good friends, they turned into a couple and have completed 7 years together.

“Divinity was matchmaking us. I met him in 2013 at a common friend’s wedding. It was of Aanchal Kumar and Anupam Mittal of Shaadi.com. I always keep telling my friends, Shaadi.com played Cupid during their own wedding. Somebody is always matchmaking people in their own wedding also. We met in the Pink city- Jaipur. It is a proper love story. We were quite attracted and we were later in touch.”, she revealed.

It was on June 3, 2020, when the Fashion actress took to her social media handle to wish her love, Rahul Dev on the occasion of their 7th anniversary. She shared a couple-photo and mentioned that her buddies (whose wedding ceremony played their Cupid) made their life a sojourn of togetherness.

Along with the photo, the actress wrote, “7 years it is… Happy anniversary @rahuldevofficial special mention to @anchalkumar24 @agmittal whose wedding we met, in Jaipur!!! I guess shaadi.com effect was working during their wedding too!!! #love #life #fun #blessings.”.

For the unversed, Rahul was previously married to Rina Dev for eleven years back in 2009. However, his wife died of cancer. They have a son named Siddharth.

On the professional front, Rahul was seen in movies like Asoka, Indian, Omkara, Fight Club – Members Only, Dishoom and Pagalpanti.

To talk about Mugdha, she did her Bollywood debut with Priyanka Chopra’s Fashion. Her other famous movies are Gali Gali Chor Hai, Will You Marry Me? Bezubaan Ishq and Heroine.

It was in 2015, that Mugdha Godse and Rahul Dev had taken part in a show named Power Couple.