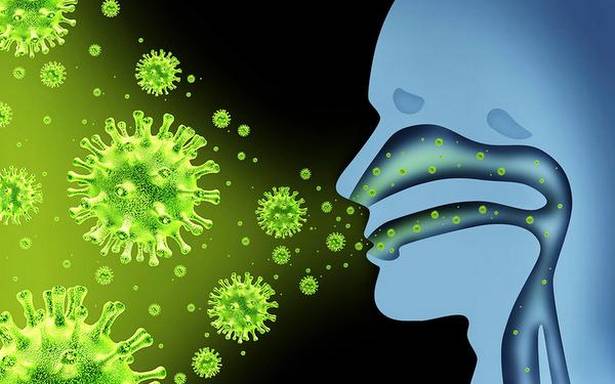 When the researchers created colder conditions, they found that the virus replicated faster than when infections were carried out at 37 degrees Celsius to mimic the lower lung environment.

Natural temperature differences which exist in the upper and lower respiratory tract influence the replication of the novel coronavirus and the subsequent activation of the immune system, says a new study that may lead to the development of new therapeutics and preventive measures against COVID-19.

The study, published in the journal PLOS Biology, assessed the growth of the novel coronavirus SARS-CoV-2, and activation of the immune system’s cellular defense mechanisms.

In the research, scientists, including those from the University of Bern in Switzerland, compared the infection pathways of the novel coronavirus and the 2002-03 SARS-CoV pandemic virus in special cell cultures mimicking the respiratory tract.

“SARS-CoV-2 and SARS-CoV are highly similar genetically, generate a homologous repertoire of viral proteins, and use the same receptor to infect human cells. However, despite these similarities, there are also important differences between the two viruses,” said study co-author Ronald Dijkman from the University of Bern.

While the 2002-03 pandemic virus is characterized by severe disease and inflammation in the lower respiratory tract, the scientists said SARS-CoV-2 preferentially replicates in the upper airways, including the nasal cavity and trachea.

According to the researchers, people infected with the SARS virus were only contagious after the onset of symptoms, making it easier to identify and interrupt infection chains, while the novel coronavirus is efficiently transmitted from one individual to another before the signs of disease appear.

They found that temperature plays an important role as SARS-CoV-2 preferred to replicate at temperatures typically found in the upper airways of about 33 degrees Celsius.

When the researchers created colder conditions, they found that the virus replicated faster than when infections were carried out at 37 degrees Celsius to mimic the lower lung environment.

Unlike the novel coronavirus, they said the replication of SARS-CoV was not impacted by different incubation temperatures.

“Since the strength of the innate immune response can directly influence the degree of viral replication, this may help explain why SARS-CoV-2 replicated more efficiently at lower temperatures,” Dijkman said.

While a strong innate immune response against the virus is generally beneficial, the scientists cautioned that in some cases this could be overactivated, leading to high levels of inflammation, tissue damage and accelerated disease progression — a phenomenon seen in patients suffering from severe COVID19.

The researchers believe the findings may open new opportunities for the development of targeted intervention strategies and potential drug candidates to combat COVID-19.