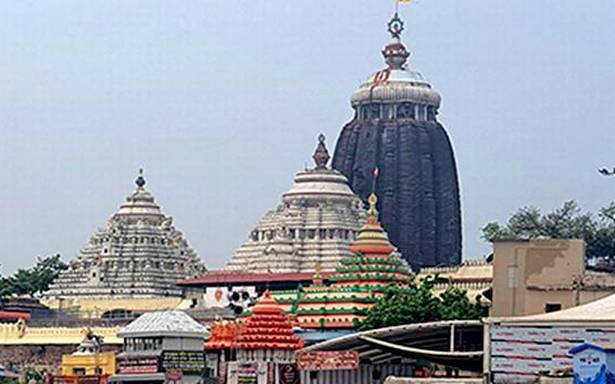 With Union Ministry of Culture stepping in to regulate development activities around two major temples — the 11th century Lingaraj Temple in Bhubaneswar and the 12th century Shree Jagannath Temple in Puri — the Naveen Patnaik government’s grand plan to leave behind a temple legacy appears to have taken a hit.

The National Monuments Authority under the Union Ministry of Culture has recently come up with “Heritage by-laws for Shri Jagannath Temple, Odisha”, which have proposed to restrict construction that does not conform with heritage zone regulations.

Similarly, a high-level team of the Archaeological Survey of India recently inspected the area around the Lingaraj Temple after several ancient monuments were allegedly flattened in a beatification drive by the State government, which can no more be taken up without the ASI’s consent.

In his fifth term as Chief Minister, Mr. Patnaik has announced grand plans to redevelop temples across the State. While it is envisaged to invest ₹3,500 crore for the development of surroundings and other major infrastructure connected to the Jagannath Temple, the government intends to spend ₹700 crore for the beautification and infrastructure development of the Lingaraj Temple.

For the first time in several decades, massive redevelopment plans were drawn and executed for the two temples, which attract thousands of tourists from Odisha and outside.

While issues concerning temples have been central to the Bharatiya Janata Party’s (BJP) growth in the country, the saffron party has found itself in a tricky situation with the Biju Janata Dal (BJD) appearing to be running away with the credit for temple development in Odisha. However, the BJP seems to have got a foothold into matters concerning both temples recently.

In the past, the State BJP had raised objections to certain components of the Jagannath Temple development plan, but it had neither the opportunity to identify with development nor did it become a stakeholder.

The draft heritage bye-laws on Jagannath Temple say, “no construction or re-construction of any building, within a radius of 100 meters, or such other higher distance from any archaeological site, as may be decided by the ASI and Orissa State Archaeology Department from time to time, from the outer boundary of a declared protected monument”, will be permitted.

Stating that the State government recently acquired land and properties for the strengthening and security of the centuries-old shrine under the Shree Jagannath Heritage Corridor corridor, the SJTA chief Krishnan Kumar has said that any regulation which has the potential to restrict development of facilities and amenities on land voluntarily contributed by devotees of the deity will hurt their sentiments.

Union Petroleum and Natural Gas Minister Dharmendra Pradhan, who urged Union Culture and Tourism Minister Prahlad Singh Patel on the same issue, tweeted, “The bylaws are restrictive in nature and more time and consideration should be given on matters of such religious importance.”

Mr. Pradhan said he had been assured that the Centre would not take any step that would hinder the development of the Jagannath Temple and in any way interfere with local sentiments.

Though the BJP leader is supportive of the State government, many see it as Mr. Pradhan’s attempt to wade into Puri’s development project, which has all along been touted as Odisha CM’s pet project.

On the Lingaraj Temple, the Central Minister on a discordant note sought the help of the Culture Minister to “help salvage and preserve priceless ancient Odisha architecture” in front of the Lingaraj Temple, which was being allegedly flattened due to the execution of a developmental project.

The State government’s Ekamra Kshetra beautification project in front of the Lingaraj Temple appears to be hanging balance. The ball is now practically in the ASI’s court, and it remains to be seen if it would continue with scientific investigation around the temple that may delay the project or if it would clear hindrances to it.

In both instances, the BJP leadership has opportunities to be seen as a facilitator of grand temple projects.