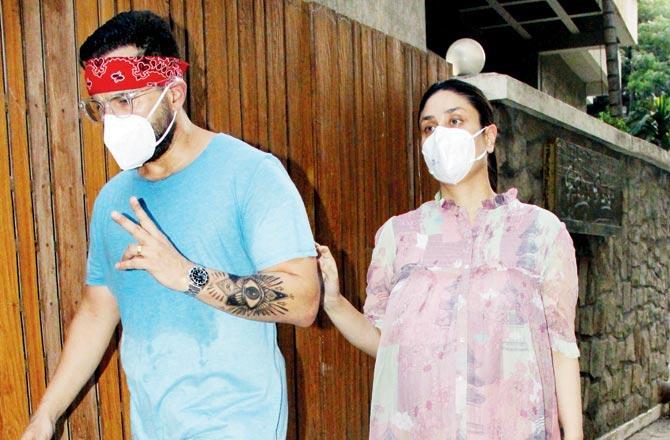 After their return from Himachal Pradesh, Saif Ali Khan and Kareena Kapoor Khan have been up and about. Saif has been flaunting a tattoo on his forearm. We assume it is a temporary one as part of his character’s requirement for a film. Last year, while shooting for Jawaani Jaaneman, the nawab appeared to have gotten inked. But, it disappeared as soon as he wrapped up the film.

Adipurush is currently in the pre-production stage and will go on floors in Jan 2021. The film will be released in Hindi, Telugu, Tamil, Malayalam and Kannada.