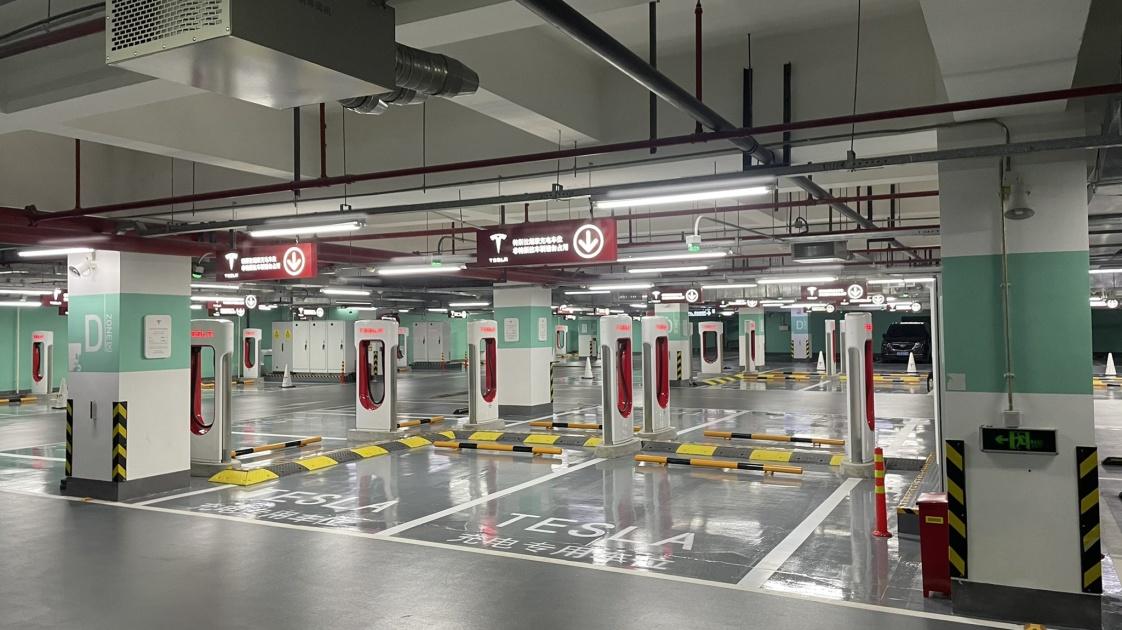 Tesla has launched the world’s largest Supercharger station in China, the company announced on Wiebo. The 72-stall facility in Shanghai easily bests the 56 stall station the company opened last month in Fresno county, California, as Electrek noted. Unlike the outdoor California station, the Shanghai Superchargers also appears to be covered, according to images posted by Twitter user @JayinShanghai.

The station is located at Jing’an International Center in a key central business and commercial district of Shanghai. The new record does have an asterisk, however. According to @JayinShanghai, all 72 stalls use V2 Superchargers that produce up to 150 kW, while the 56 California stalls use 250 kW V3 chargers. That means the Shanghai drivers will need to wait a bit longer for a charge compared to their US counterparts (only Model 3 and Y EVs support V3 charging).