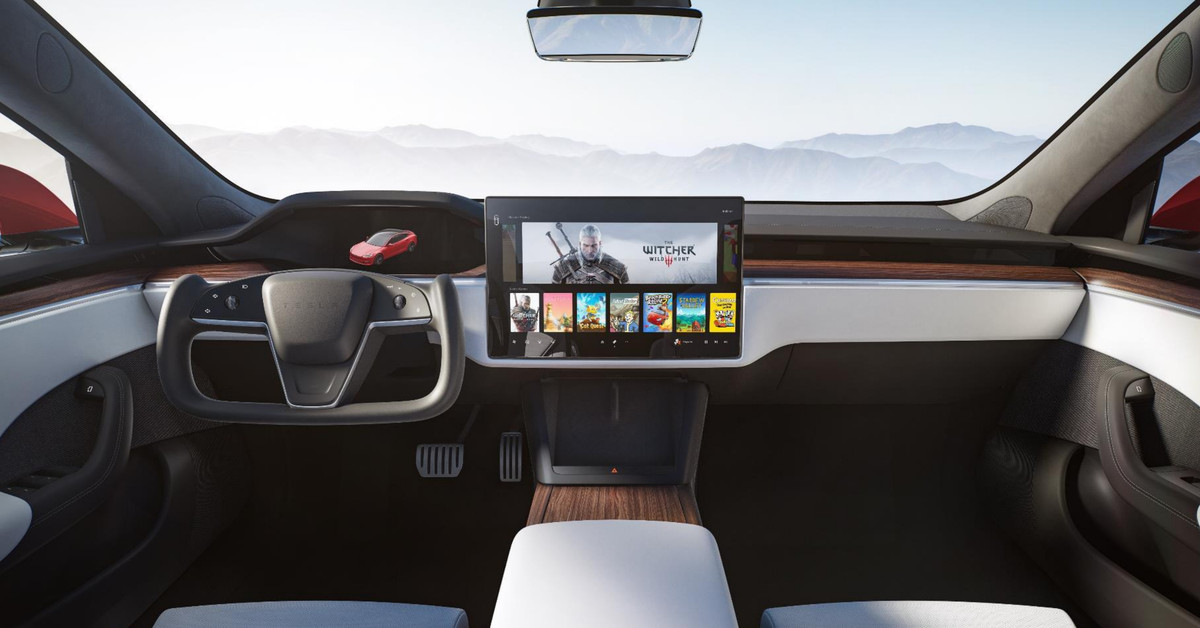 Tesla has just announced the first major redesign of the Model S since it launched the electric sedan in 2012. This new version, which launches later this year, has a refreshed exterior, a simplified interior, and the option for a more powerful powertrain that lets the car travel at least 520 miles and go from 0 to 60 miles per hour in under 2 seconds.

The new Model S has some light updates to the exterior of the car, but the biggest visual change is inside. Tesla has axed the portrait touchscreen in favor of one more like what’s found in the Model 3 and Model Y, though with much smaller bezels. There’s also a U-shaped steering wheel, much like we’ve seen in the forthcoming second-generation Roadster, and a screen behind the center console for rear-seat passengers.

A Model S redesign has been rumored for years, with Electrek posting allegedly leaked renders of the new interior all the way back in 2018. Tesla CEO Elon Musk threw cold water on the idea in 2019, though, when he tweeted “[t]here is no ‘refreshed’ Model X or Model S coming.” Tesla instead was constantly making minor improvements to both vehicles, he said.

But that tune started to change once Tesla started testing out a new powertrain in 2019 dubbed “Plaid” — which, much like the “Ludicrous” acceleration mode in Tesla’s cars, is a Spaceballs reference.

Musk said at Tesla’s Battery Day event in September 2020 that the Plaid Model S would be coming in late 2021. But aside from the basic specs, and the addition of the car to its website, Tesla didn’t mention anything about a design refresh.