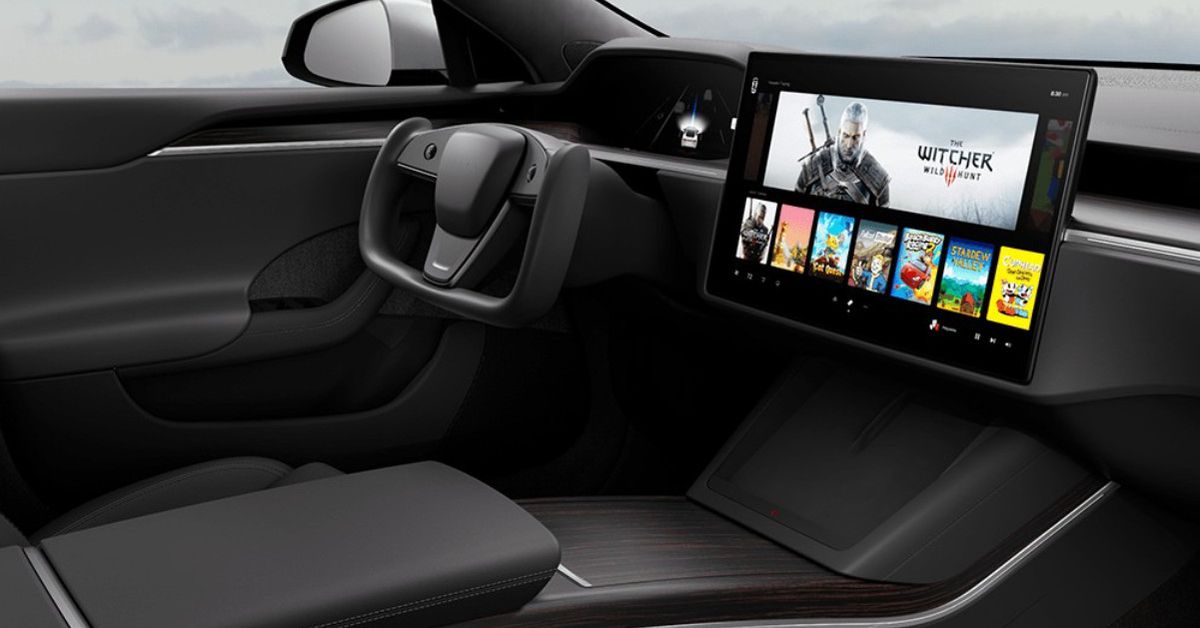 If you can’t find a PS5 or Xbox Series X, how about an $80,000 electric sports car with comparable performance? Tesla just announced its refreshed Model S today, and a new “Plaid” powertrain isn’t its only performance enhancement — the company claims the car can now compete with next-gen gaming consoles, thanks to a 10-teraflop gaming computer that will apparently come with every new model.

Assuming that refers to GPU performance and Tesla isn’t wildly exaggerating, that might indeed be competitive with a PS5 or Xbox Series X, which offer 10.28 teraflops and 12 teraflops of raw GPU power respectively. There’s more to performance than teraflops, though.

Now, you might ask: who’s going to put a game in your car that might actually take advantage of a gaming PC. For that, I must ask you to look closely at the images above and below. Behold: CD Projekt’s acclaimed sword-slinging adventure The Witcher 3, just as promised.

Want to play The Witcher game on your Tesla? (you can already watch the show on Tesla Netflix theater)

Here are a number of things we still do not know: