Home EntertainmentGossips Tessa Thompson opens up about a HORRIFIC accident she got in during New Year’s Eve; Watch

Tessa Thompson opens up about a HORRIFIC accident she got in during New Year’s Eve; Watch 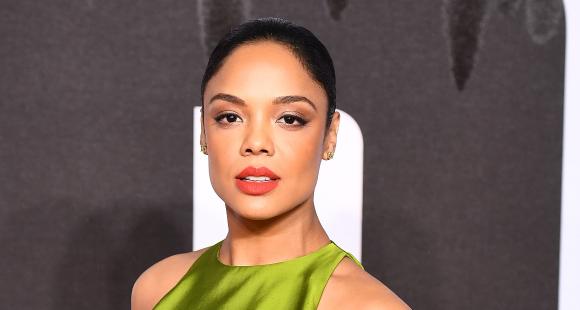 Thor star Tessa Thompson recently opened up about her eventful New Year’s Eve and how she got in an accident that evening. Tessa Thompson opens up about a HORRIFIC accident she got in during New Year’s Eve; Watch

Creed actress Tessa Thompson recently opened up about a disastrous incident she encountered before the end of 2020. The 37-year-old Westworld star recently appeared on Jimmy Kimmel Live yesterday and opened up about her New Year’s Eve. During the chat, the Westworld actress revealed that she wanted to spend a quiet evening with her friends and she was driving to their house, which resulted in something quite horrific and shocking.

“I drove up a mountain to go to a cabin, and I thought, This will be totally safe because I won”t see anybody,” she explained to host Jimmy Kimmel on the show. “But I got into a car accident, so I did have a socially distanced interaction.” Fortunately, the driver of the other car was quite friendly and eased Tessa’s mind about the accident.

“I got hit by a big monster truck on the highway,” she continued. Which is when host Jimmy Kimmel inquired more about the truck she was hit by. To which Tessa clarified, “Let’s put it this way. It is as ‘monster’ as a truck could be, driving with a regular commercial license. I got hit, but I’m safe, obviously, and actually, the driver was very lovely in the end.”

Later on in the interview, Tessa admitted that she has had similar accidents in the past. “I feel like I’m so used to car accidents because I was born and raised in Los Angeles, so it feels like accidents are my birthright,” the Sylvie’s Love actress quipped. “I’ve had many of them. But this was a pleasant one,” she concluded.

ALSO READ: Tessa Thompson on the importance of diversity in MCU: People’s differences make them special