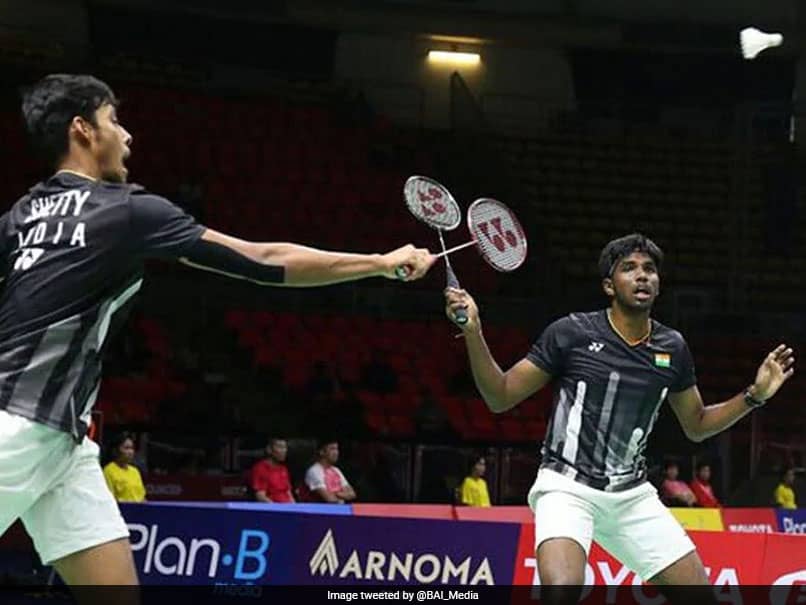 Thailand Open: Indian duo of Satwiksairaj Ranikreddy and Chirag Shetty crusied into the 2nd round.© BAI/Twitter


Indian men’s doubles pair of Satwiksairaj Rankireddy and Chirag Shetty cruised into the second round of the ongoing Thailand Open on Wednesday. The world number 10 Indian pair outclassed South Korean pair of Kim Gi Jung and Lee Yong Dae 19-21, 21-16, 21-14 in the first round of the tournament. After losing a hard-fought first game, the Indian duo came out all guns blazing and took three consecutive points in the early minutes of the second match. Shetty and Reddy held the lead throughout the game and clinched it 21-16.

MD pair- @satwiksairaj & @Shettychirag04 are through to R after defeating Kim / Lee of .

The Indian pair continued their dominance in the match and kept the momentum going to claim the third game 21-14. The encounter lasted an hour and eight minutes.

In another men’s doubles clash, Indian pair of Dhruv Kapila and MR Arjun lost to the Malaysian pair of Ong Yew Sin and Teo Ee Yi 13-21, 21-8, 24-22 in the first round clash after putting up a great fight.

On Tuesday, India’s PV Sindhu had crashed out of the tournament after losing to Denmark’s Mia Blichfeldt in the first round.