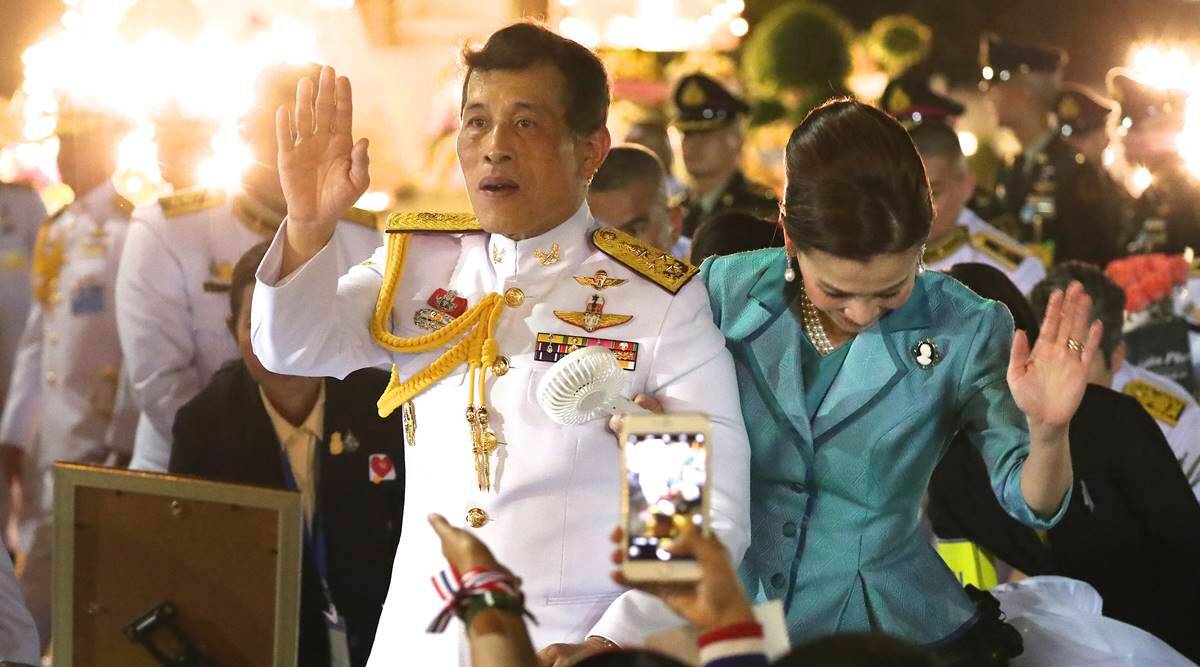 Thousands called on King Maha Vajiralongkorn, who spends a lot of time in Germany, to give up his royal fortune, including his 23% stake in the SCB.

Estimated at $2.3 billion (€1.94 billion), it is part of a royal family fortune reckoned at $30 billion, although total holdings are not publicly known.

Activist Anon Nampa said demonstrators wanted to “reclaim these assets to belong to the people again under the name of the monarchy, the state and the country.”

After ascending the throne after his father’s death in 2016, the king transferred royal assets traditionally managed by the Crown Property Bureau to his personal control.

“The people demand back national assets from the king,” read one banner carried by demonstrators, put by police at 8,000.

“Millions of families are struggling so how can we give our taxpayers’ money to just one family to spend luxuriously,” said Parit Chiwarak, another protest leader.

Speakers at Wednesday’s rally also denounced the practice of Thai authorities of applying laws against defaming the monarchy, so-called “lese-majeste” offences, carrying a potential penalty of up to 15 years in prison.

On Tuesday, 12 protest leaders faced court summons under this law. The use of the controversial law was defended by government spokeswoman Rachada Dhnadirek, despite a recent claim by Prime Minister Prayuth Chan-o-cha that the king had asked for restraint.

In another part of Bangkok, at least 600 supporters of the monarchy gathered for a scheduled appearance of the king, who with his wife, Suthida, had done street tours in the past months to shore up support.

Last week, a protest rally outside the parliament turned violent as police fired water cannon and tear gas. At least 55 people were hurt.