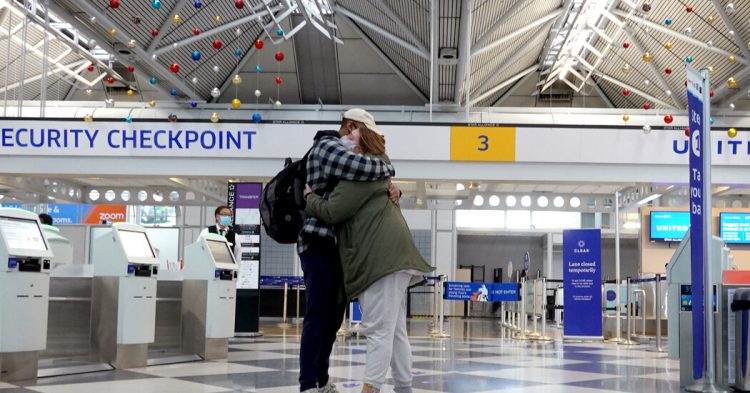 With bubble-enclosed Santas and Zoom-enhanced family gatherings, much of the United States played it safe over Christmas while the coronavirus rampaged across the country. But, as during Thanksgiving, a significant number of Americans traveled, raising the prospect of a spike in infections on top of the current surge.

Many European countries are under restrictions, but Christmas is celebrated so broadly — and New Year’s festivities will follow shortly — that the concern of a post-holiday spike reaches far beyond a single country.

Case numbers remain about as high as they have ever been, both in the U.S. and throughout the world. Total U.S. infections surpassed 19 million on Saturday, while the world total passed the 80 million mark, according to a New York Times database.

For now, the U.S. is no longer seeing overall explosive growth, although California’s worsening outbreak has canceled out progress in other parts of the country. The state has added more than 300,000 cases in the seven-day period ending Dec. 22. And six Southern states have seen sustained case increases in the last week: Tennessee, Alabama, Georgia, South Carolina, Florida and Texas.

The country’s virus-related deaths in general have continued to climb. And hospitalizations are hovering at a pandemic height of about 120,000, according to the Covid Tracking Project.

More than 330,000 people in the United States have died since the pandemic began, and two of the four worst days for deaths so far have been during the past week. A number of states set death records on Dec. 22 or Dec. 23, including Alabama, Wisconsin, Arizona and West Virginia, according to The Times’s data.

Holiday reporting anomalies may obscure any post-Christmas spike until the second week of January. Testing was expected to decrease around Christmas, and many states said they would not report data on certain days. On Christmas Day, numbers for both new infections, 91,922, and deaths, 1,129, were significantly lower than the seven-day averages. On Saturday, the country had at least 225,900 new cases and at least 1,640 new deaths, an expected increase over Friday as some states reported two days’ worth post-Christmas.

The lessons learned from Thanksgiving are mixed. Case numbers and deaths have continued to rise since, but the patterns look more like a plethora of microspreads than a mass superspreader event.

Over all, experts have told The Times, areas of the U.S. that were improving pre-Thanksgiving — like the Midwest — continued to do well afterward, while regions that were seeing higher numbers before the holiday continued to worsen.

Only time will tell whether new infections will result from increased exposure during the late-December holidays — from seeing family, passing through airports or buying food for celebrations. More than one million people passed through Transportation Safety Administration travel checkpoints on each of four recent days — Dec. 18, 19, 20 and 23 — but that was less than half the number for those days last year, according to the agency’s data. Only a quarter of the number who flew on the day after Christmas last year did so on Friday, and Christmas Eve travel was down by one-third from 2019.

So, as with Thanksgiving, Christmas will produce “a continuing ramification” of whoever is infected over the winter holidays, said Catherine L. Troisi, an infectious-disease epidemiologist at the University of Texas’ School of Public Health in Houston, so it is crucial to keep up protective measures.

What the Ghost of Christmas Yet to Come will bring, Dr. Troisi said, “is up to us.”