Home TechnologyTech News The 10 video games that made 2020 bearable 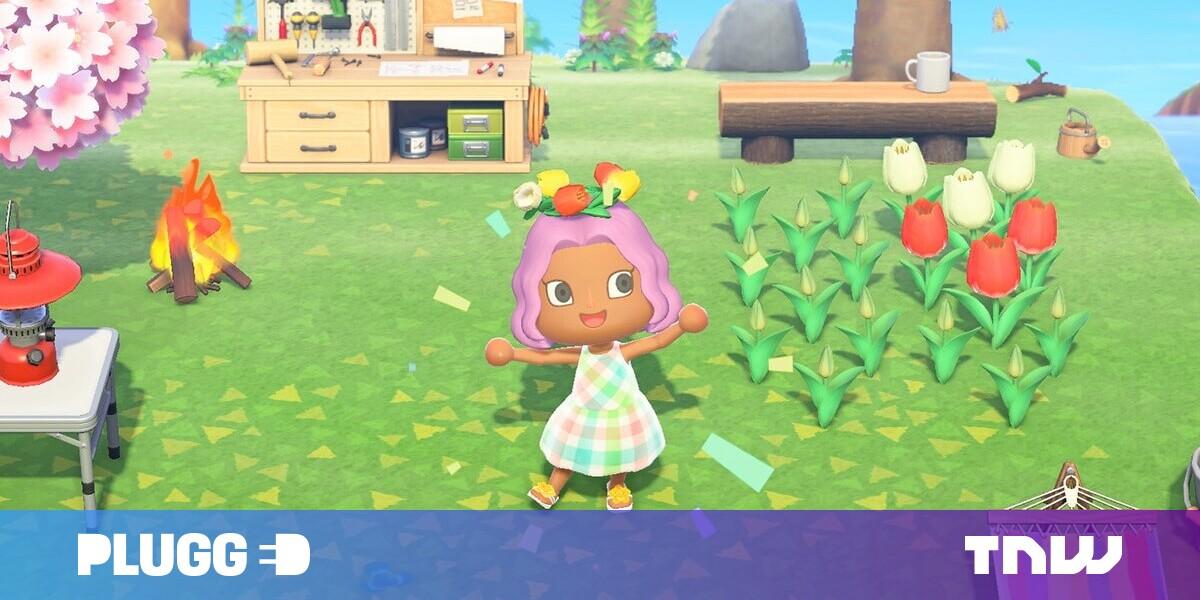 It’s been a heckuva year, hasn’t it? Global pandemic, mass lockdown, political strife, civil unrest, protests, conflicts, and I’m only just listing the things I can remember. But in the middle of it all, 2020 had one saving grace: video games. Stuck at home, more people turned to gaming than ever before. We had two console launches, both of which turned out to be pretty good. We had a few disappointments this year — the launch of Cyberpunk 2077 is probably the biggest letdown of the year — but for the most part we had some great games and we had a lot to enjoy.

Usually, I do a top 10 list of games, separated out by genre (you can read the ones I wrote for 2018 and 2019). But the way this year has been, it feels arbitrary and unsporting to limit the accolades to only one game per genre. Frankly, games did so much to make 2020 bearable that I don’t want to make them compete against each other for some kind of top slot at all.

Instead, I’m going to list the games of this year that were the most enjoyable, the ones that did the most to distract us from this gloomy, daunting trip around the sun. So let’s celebrate, in no particular order, the best games of 2020!

Was there any game that was more of a tonic for 2020 than this one? Pretty, low-stakes, child-friendly, and addictive, New Horizons was the game we needed in 2020. Thanks to a release date that coincided with the serious onset of the pandemic and subsequent lockdowns, most of us were happy to escape to our little island paradises.

New Horizons has remained a rather self-conscious part of the zeitgeist, becoming a staging ground for public events, including the 2020 US presidential election. It was odd, as this fluffy life simulator would probably, in a less eventful year, have been a niche product for dedicated Nintendo fans. Instead it was discovered by hundreds, if not thousands of new fans, and it continues to be supported to this day.

The Last of Us Part II

In contrast to the above, a game about a communicable disease ravaging the world and destroying lives might have been inadvertently flirting with poor taste. It’s lucky then that The Last of Us Part II is such a darned good game that we can basically overlook that. While the gameplay may not have been a huge evolution from the first, Part II’s most interesting additions were in the story.

While it may have been somewhat controversial, Naughty Dog’s audacious story decisions and new characters shook up the in-game status quo and introduced a complex central mechanic. It also allowed Ellie to take a deserved step to center stage and grow as a person. It’s a rewarding sequel that doesn’t merely trade on the love of the original, and a damned good horror game as well.

Coming out on the same day as Animal Crossing: New Horizons, you couldn’t ask for a more different game than the sequel to 2016’s Doom. Doom Eternal might be one of the only real representatives of the action genre to come out this year, but damned (literally) if it isn’t an excellent one.

There has been no game this year as guiltlessly awesome and fun as Doom Eternal. Between the explosive speed of the gameplay, and the humor of the cutscenes, the game refuses to let you stop for breath. And I enjoyed every moment of it.

Okay, full disclosure: this is my personal pick for Game of the Year, if you force me to pick just one. Because this game did the impossible of drawing me in for dozens and dozens of hours, and I hate roguelikes. But even I, who could not have been less interested in this game’s central mechanic, found myself absorbed and addicted to Hades.

This game is a series of great things adding up to something better than the sum of their parts: great music, great character design, great use of classical myth, great blending of story and gameplay, and really great voice acting. It’s a great game and probably the one I will spend the most time playing well into 2021.

A game I’ve been dying to see since it was announced, Ghost of Tsushima is the historical ninja-simulator that we’ve kind of been hoping the Assassin’s Creed series would be one day. But I’m not sure how AC could top this, because Ghost tells such a great slow-burn story that I don’t think it could be topped in the same time period.

On top of that, the game is just great to play. The combat is intuitive, the stealth is challenging without being punishing, and the map is not so large you get open-world fatigue. It’s a game that commits to telling its story a certain way and knows what it wants to achieve, which I both respect and enjoy. Also, the multiplayer has turned out to be excellent.

Adding onto the above about colorful, joyous games really resonating this year, Fall Guys: Ultimate Knockout was the multiplayer sensation this year for precisely those reasons. In a year in which many of us were separated from our friends and family, I can think of no better way to bring everyone together than a silly party game like this one.

Fall Guys is that exact combination of cute and chaos that makes it perfect for everyone from the solo player to the Twitch streamer playing for a huge audience. It’s also kid-friendly, something that I don’t think can be underestimated given how many children were likely stuck inside with little else to do this year.

Ori & the Will of the Wisps

One of the first games of the year, and probably my pick for the most beautiful, Ori & the Will of the Wisps was an amazing follow-up to an already great game. It expands on and refines the platforming fun, and tells a touching story of love, sacrifice, and heroism with very few words spoken.

I would go so far as to say this game is actually better than the original, because it adds one thing the original was sorely lacking: a cast larger than four or so characters. Here Ori interacts with multiple creatures in its new home, doing actual sidequests and collecting missions on top of the main story. It’s a great expansion of the original’s winning formula.

If you’d told me this time last year that a free-to-play, available-on-mobile, anime-style gacha MMORPG would be one of the big hits of this year, I… well, I wouldn’t have doubted you, exactly, but I don’t think even that description would have been enough to help me picture Genshin Impact.

This game’s Breath of the Wild style and clever monetization are both the major factors that make it so absorbing. The world is so beautiful, and the characters so earnest and likeable that it more than makes up for the time and money it demands (or sneakily suggests) you invest in it.

There’s something so comforting about diving back into the world of Assassin’s Creed — these games are always some combination of fun and educational, like a particularly stabby episode of Where in Time is Carmen Sandiego. This time, we slide into the shoes of Eivor the Viking and experience the life of this seafaring raider.

Valhalla does take after the best parts of Odyssey, including the world exploration and the investment in side characters. While I’m not a huge fan of how it overindulges in the Precursor backstory (something I consider to be the weakest part of the AC story), it is a great joy to return to the gameplay Ubisoft has spent over a decade polishing to a sheen.

These games weren’t enough to make the list proper, but I felt they deserved acknowledgement.

Madden 2021 & UFC 4: I didn’t play many (or any) sports games this year, so I bow to the superior knowledge of my colleague Tristan, who had this to say: “2020 may have been tough for most gamers, but one silver lining was a return to form for EA’s Madden and UFC series. Madden 2021 solved the biggest problem from last year’s title (imho) by fixing the passing game. The excellent “Face of the Franchise” and “The Yard” modes both came out polished and ready to engage people beyond H2H and card-based modes. And UFC 4 revolutionized its own control system, overhauled the career system and introduced a sweet old-school use-based experience system for individual moves that makes creating a specialist character with a bag of super-powered moves as easy as developing your own play style.”

Astro’s Playroom: Essentially a showcase for the capabilities of the PS5’s DualSense controller, Astro’s is a surprisingly fun little romp and a love letter to the history of Sony’s console line. It may not have a compelling story or art design, but it was far and away the best puzzle game of the year.

Among Us: Technically, I can’t classify this as a great 2020 game because it didn’t come out in 2020, but I would be remiss if I excluded Among Us, the little indie mystery social game that became a phenomenon thanks to Twitch streamers and YouTubers discovering it en masse. It’s always nice to see an underdog triumph, and Among Us had by far the biggest cultural impact of any game this year.

This is my last piece of writing as TNW’s gaming geek, and it’s great to go out on such a high note. May we all have as enjoyable a time gaming in 2021!