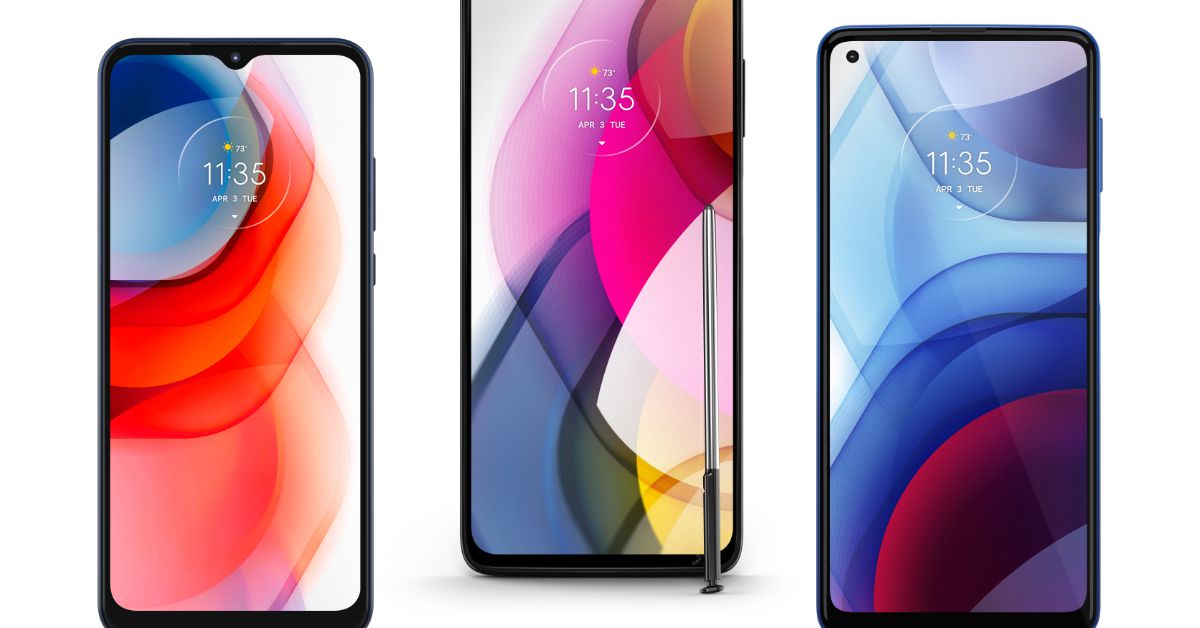 Motorola is kicking off 2021 with refreshes for its midrange Moto G lineup of phones with new versions of the Moto G Power, Moto G Stylus, and Moto G Play that promise low prices and days of battery life across the board. There’s also a new member of the Motorola One family called the Motorola One 5G Ace, which, at $399, takes the crown as Motorola’s cheapest 5G phone yet.

Once again, Motorola is set on offering an almost dizzying amount of low-priced phones that differ in price by just $30 to $50. The new Moto G Play will cost $169.99; the Moto G Power will offer $199.99 (for a 3GB of RAM / 32GB of storage model) $249.99 (for 4GB / 64GB) configurations; the Moto G Stylus will cost $299.99; and the Motorola One 5G Ace will cost $399.99. It’s a strategy that ensures there’s a phone at nearly every price point you could imagine, although it does make it slightly harder to choose between similar devices at such similar prices.

Motorola is sticking with the same names for its new 2021 lineup — sadly, the days of the numerically differentiated Moto G models appear to have ended for good with 2019’s Moto G7 lineup. But the new phones do offer improvements big and small compared to their 2020 predecessors.

2021 Moto G and Motorola One specs

The Moto G Play seems like the toughest sell of the bunch. While the $169 price tag is intriguing, the paltry 720p resolution — stretched across a comparatively huge 6.5-inch panel — raises concerns, as does the year-old Snapdragon 460 processor that’s markedly less powerful than either of the other two new 2021 Moto G phones. That’s especially true given that Qualcomm has already announced the Snapdragon 480, which promises to be twice as fast and adds more premium features like 5G to the mix.

A midrange phone at every price point

There are some bright spots, too. The 2021 G Play has 3GB of RAM (putting it in a better position performance-wise than last year’s $149 Moto E) and a massive 5,000mAh battery that Motorola says should be good for up to three days on a charge.

The new G Power and G Stylus aren’t as similar as last year’s models. Where the 2020 models offered the same processor, screen, and design, the new models are distinctly different phones. The G Power offers a 5,000mAh battery, a 720p 6.6-inch display, and weaker Snapdragon 662, but the G Stylus makes an argument for its higher price tag with a stylus, a larger and higher-resolution 1080p 6.8-inch panel, and a more powerful Snapdragon 678 processor. (It does go down a notch in battery, only offering a 4,000mAh battery that’s good for up to two days off a charge.)

Lastly, there’s the Motorola One 5G Ace, which (as the name indicates) isn’t quite in the same category as the other phones here. At $399, it’s Motorola’s cheapest 5G phone yet. And the weaker Snapdragon 750G 5G, downgraded cameras, and slower refresh rate display leave the One 5G Ace as more of a lower-priced version of the $499 Motorola One 5G that the company released last year than anything else.

All four new phones will be available unlocked through direct retailers on January 14th, with preorders starting today. Additionally, several of the new phones will also be released through major carriers in the future: the Moto G Play and Motorola One 5G Ace through AT&T, T-Mobile, and Verizon, while the G Power will be sold by just Verizon. The G Stylus, meanwhile, will skip the major US carriers entirely, although Boost Mobile, Cricket, Consumer Cellular, and Republic Wireless will offer it.