Home Science The 4 Big Things That Science Is Not

The 4 Big Things That Science Is Not 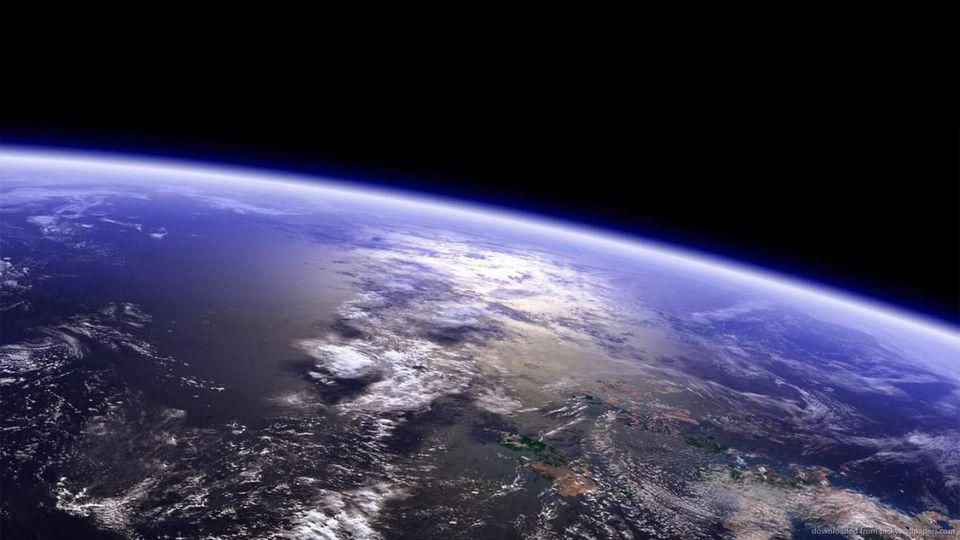 Most of us, when we think about what science is, default to what we learned in our classes in school. Somewhere along the lines, we were taught isolated facts about the world, and how well we could regurgitate those facts was equated to how good we were at science. Many of those facts felt absurd; many of the experiments we performed didn’t agree with what we were reading; many of our experiences didn’t line up with what we were being told. So why, then, should we believe whatever it is that science tells us is true?

This perspective, while common, demonstrates an extremely narrow, incomplete understanding of what science is, how science works, and — perhaps most importantly — what science is not. While there are many ways that the world can fool us into believing something that isn’t true, most of the ways that we attempt to refute scientific findings are, in fact, ways that we wind up fooling ourselves. Science is both a process and the full body of knowledge that we have, and it adds up to the best, most truthful understanding we have of the world at any given time. Here are four common lines of thought that we often make to argue against scientific findings, and why each of them is fundamentally flawed.

1.) Science is not biased by who funds it. There’s a common narrative that scientists in a particular field are heavily influenced by who funds them, and therefore their results and conclusions are unreliable. Because there are numerous instances throughout history where various industries have published junk science that does indeed promote their agenda — for example, the tobacco industry has famously been caught manipulating research — many people believe that science is untrustworthy wherever it’s funded by some entity they view as ethically questionable.

Of course, these claims are completely baseless. Research is only conducted when it’s funded, and what types of research gets funded is highly dependent on whether someone is willing to pay for it. But it’s in everyone’s interests if the research is conducted ethically and scrupulously, for many reasons.

To be sure, there is fraudulent research that gets conducted all the time; it’s one of the main reasons papers either get retracted or wind up being published in unscrupulous, sham journals. This happens frequently to climate contrarians, the “vaccines cause autism” crowd, anti-fluoride advocates, traditional Chinese medicine practitioners, and crackpots of all varieties. However, you can’t simply cry out “Fraud!” because you don’t like the conclusions. Unless you have strong evidence that fraud was at play, you’re falling for one of the most unethical gambits in all of science (mis-)communication.

2.) Science is not influenced by public opinion. This is a hard one, because it’s been on the rise in our society for the past 20+ years. When science begins reaching conclusions that are, shall we say, inconvenient for some people or industries, those who would prefer a different outcome take a different tactic: appeal to the expertise-lacking general public. If you fundamentally lack the training necessary to evaluate a scientific or health claim, but someone who you trust and ideologically agree with comes down on one side of the issue, you’re likely to agree with them.

Supplements, for example, are largely unregulated and can make many dubious health claims owing to a disinformation campaign that featured Mel Gibson, and yet they remain largely untested, widely ineffective, and dangerously understudied. Some supplements have even led to poisoning, landing those who’ve peddled them in prison. Yet, under the guise of “personal freedom,” many companies continue to market and sell supplements that often don’t even possess the ingredients they’re purported to contain.

Similarly, many people feel that COVID-19 is a hoax. Many disbelieve in the germ theory of disease. Others deny the link between HIV and AIDS. Still others believe that anything natural is good, and anything artificial is bad. No matter how true something is — the Big Bang, evolution, the roundness of the Earth — there will be people who have dissenting opinions about it.

It’s often been said that, “science doesn’t care what you believe,” but the truth is that science doesn’t care what everyone believes. The Universe, as best as we can measure it, obeys certain rules and yields certain outcomes when we test it under controlled experimental conditions. The reason scientists so often find themselves surprised is that you cannot know the outcome of a new experiment until you perform it. The results of these experiments and the knowledge that comes along with it is available to anyone who reproduces the experiment. The results are found in nature, and anyone’s opinion on a scientific matter that’s been decided by the evidence is moot.

3.) Science is not “just the facts” that are uncovered through scientific investigation. There are a lot of people who claim that science can give you the facts, but that anything beyond that — conclusions that it reaches, interpretations that arise from those facts, or recommended courses of action — go beyond science, and that scientists who tread into these waters are overstepping their bounds. It’s an understandable point of view for those of us who strongly believe in the ethics of a participatory democracy, but science itself has something different to say on the matter.

First off, science isn’t just a group of facts, but rather a combination of two things.

What this means is that science, to be conducted responsibly, needs to be properly evaluated. That evaluation is something that requires the very scientific expertise and set of skills that the scientists working in a field cultivate as they progress in their studies. This is why the vast majority of us are wholly unequipped to pass judgment on scientific fields: because we haven’t had the requisite training to become competent in these areas of studies, and we don’t even know what common pitfalls we’re succumbing to.

Many of us didn’t believe that the hole in the ozone layer was a problem, and even fewer of us understood how hair spray and whipped cream were causing it.

And many of us don’t believe in wearing masks to prevent the spread of a contagious, airborne disease, despite the disastrous public health outcomes that have already ensued from exactly that behavior.

Scientists don’t make recommendations because they want to tell us what to do. They make recommendations because they know what needs to be done. Science, in particular, tells us how the Universe works and what will happen — albeit with appropriate uncertainties — under a variety of conditions that may occur. It’s up to all of us to make good use of the best expert knowledge that we, as a species, can obtain.

4.) Science is not immune from legitimate challenges. There are many, many people who cry out at the notion that science can ever be settled, or bristle at the notion that any armchair challenge they may give to an accepted scientific theory is going to be dismissed. Here’s the thing: science not only can be challenged, but it is challenged all the time, most often by the mainstream scientists who study that particular field. Science not only accepts these challenges, but thrives on them.

A scientific theory is only as good as its established validity, and its validity can only be established through experiment, observation, and scientific testing. Whether you’re testing your own theory or someone else’s, the process and procedure is the same. You have to make predictions using a particular theory to come up with an expected outcome, then perform the necessary experiments and gather the appropriate data, and compare your results with the theoretical predictions.

These kinds of challenges have brought about numerous scientific revolutions throughout history. Einstein’s theories of relativity — both special and general — superseded Newton’s old theories because of their distinct predictions and the fact that critical experiments and observations validated them and refuted Newton. The Big Bang, evolution, genetics, and pretty much every leading scientific theory in every field has been challenged innumerable times. A scientific consensus, where there’s no serious opposition to a prevailing theory, will only emerge if the same theory passes practically every test we’ve thrown at it.

The problem we face, as laypersons, is that we again lack some very important knowledge. We don’t know what challenges have already occurred and what the evidence we’ve collected has led us to conclude. We don’t know the difference between a legitimate and an illegitimate challenge. We often don’t even know what the various ideas we’re discussing would imply and what results they would lead to. Science thrives whenever a legitimate challenge is issued. No matter what the outcome is, humanity is always wiser for testing and resolving whatever issues are put before it.

Many of us have a deep and profound respect for science, at least in general. The challenge we face, however, is one of humility: can we put our own preferences aside in favor of the evaluations of experts? When we lack the skills and knowledge required to evaluate a claim that’s being made, will we take the responsible course of action and find someone with the requisite skills and expertise to show us the light? And if you’re truly committed to finding out the answer for yourself, on your own, will you at least commit to learning and studying all of the necessary background before you do so?

The fact is that we don’t get to choose our own reality. Reality is what we observe it to be, and while we — as the humans who observe it — may be flawed, the self-correcting nature of science helps eliminate, over time, the very flaws we possess that may bias any initial results or conclusions. We should all be advocating for responsible science that’s as transparent as possible, but similarly, we should accept conclusions that have been reached scientifically as the best approximation to absolute truth that humanity can muster. After all, if we aren’t willing to trust what the Universe tells us when we ask it questions about itself, what does trustworthiness even mean?