The best Mint Mobile plans: Get the 10GB plan for just $10/month 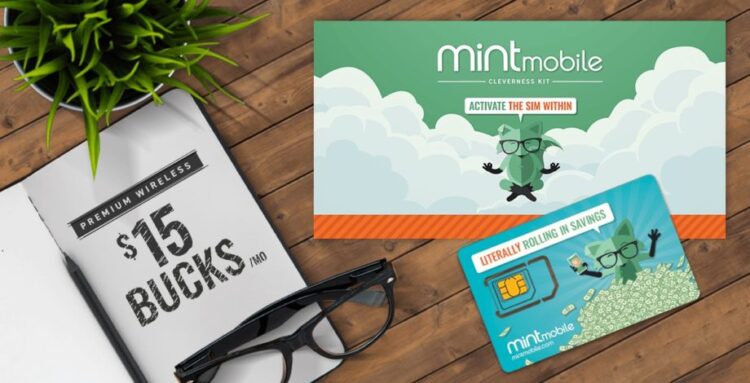 You may have heard the hype about Mint Mobile. This online-only MVNO was only launched in 2016, but it’s gaining popularity quickly due to the simplicity and affordability of the Mint Mobile plans. The carrier was also given a huge publicity boost last year when actor-turned-investor Ryan Reynolds purchased an ownership stake in the company. Since then it’s continued to go from strength to strength, but should you be jumping on the bandwagon?

Well, it depends on what you want from your wireless operator. Check your monthly data usage — do you really need that unlimited data plan you’re being charged for when you only get through 5GB of data per month? If you feel like you’re being overcharged on contracts that stretch on for years, then Mint Mobile might just be for you. This is best illustrated by taking a look at the plans on offer.

Remember, this is a sim-only operator, so you’ll need to bring your GSM-compatible phone to the network or purchase one from the Mint Mobile online store. You’ll see how affordable Mint Mobile is in our rundown below, but if you’re reading this on March 31 then you can take advantage of an excellent deal. Best Buy’s Deal of the Day is 50% off the 10GB introductory plan, allowing you to pay the equivalent of just $10 per month.

The 10GB plan offers both 5G and 4G LTE connectivity. On top of the monthly data allowance, you also get unlimited talk and text on the T-Mobile nationwide network. The introductory three-month package is usually $60 total, which is already great value in our book. Thereafter it’s the equivalent of $35 per month, meaning this deal is effectively 71% off the normal rate for the plan.

You can only get this great deal until midnight so hit the widget below to check it out.

Mint Mobile doesn’t do contracts. You pay a one-off fee for a simple and affordable three, six, or 12-month plan. In fact, you don’t even need to make that decision at the outset because there’s an introductory offer for new customers that gives you fantastic rates on your first three-month plan. If it works for you, then after three months you can decide on your next commitment, saving more money depending on how long you sign up for. If you’re not so keen, you can just walk away.

While most of Mint’s plans offer limited data caps, the MVNO recently launched its first-ever unlimited option. It’s just $30 per month for the introductory three-month bundle, and you never have to worry about your data usage. Well, if you exceed 35GB per month you’ll be slowed down, but that’s still triple the usage you get from any of the limited data plans. All of the other perks like 5G access, international usage, and a mobile hotspot are exactly the same as you’ll find on the limited plans.

If you don’t need unlimited data, you have three simple plans to choose from — 4GB, 10GB, and 15GB. This is actually the amount of 4G LTE or 5G data you receive because all the plans are technically unlimited data, you just get slowed down once you hit your allocation. All plans come with unlimited talk and text nationwide, plus free international calls to Mexico and Canada. You also get a free mobile hotspot.

It appears you don’t get a choice whether you want to start with the introductory offer or not, but it’s a no-brainer anyway. It gives you three months of prices that you would normally only get on the 12-month plan. That means the 4GB plan is $45 ($15 per month), the 10GB plan is $60 ($20 per month), and the 15GB plan is $75 ($25 per month). Simple as that. There’s even a seven-day money-back guarantee during this introductory period.

If you’re willing to commit for six months or 12 months, your savings grow significantly. On the six-month plan, the 4GB, 10GB, and 15GB plans are $20, $25, and $35 per month respectively. Even the Unlimited Plan sticks with a $35 per month price tag. Remember, you pay the whole amount up front, so the 15GB plan for six months is a one-off payment of $210.

If you’re enticed enough after your three-month intro to commit to the 12-month plan, then you’re holding on to the same equivalent monthly prices as the introductory period. That means $15 per month for 4GB, $20 per month for 10GB, and $25 per month for 15GB of data.

What network does Mint Mobile use?

The affordable prices might make you think that you’re sacrificing a level of coverage, but that’s not the case. Mint Mobile relies on T-Mobile’s nationwide network, which is only getting stronger thanks to the Sprint merger. This is a GSM network, so you should check that the phone you’re bringing is GSM compatible.

All of the T-Mobile plans would set you back a lot more money than Mint Mobile. However, to compete with Mint and other MVNOs, T-Mobile has also added its lowest-priced plan ever: Connect Prepaid. But Mint Mobile still has this T-Mobile package beat on prices.

The T-Mobile Connect Prepaid plans come in two-tiers, $15 per month for up to 2GB of LTE data or $25 per month for 5GB. On the 12-month Mint Mobile plan, you get 3GB or 12GB of data for the same prices. Plus, the T-Mobile data limits are caps, rather than just the point at which your data is slowed, and the prices don’t include taxes and fees.

What are the best alternatives to Mint Mobile?

Mint Mobile isn’t the only MVNO in town, and the competition bears some consideration. Here are the main carriers that offer no-frills packages at affordable prices:

Boost Mobile is now a flagship member of the Dish Network family. It has five limited-data plans to choose from, along with discounts if you add more than one line to your account. The plan which is the best value for money is the Shrink It plan, which offers unlimited calls and texts, along with 12GB of LTE data. The plan starts at $45 per month but drops to $40 then $35 per month after three and six months respectively. You can also go for one of the two unlimited plans if you want to maximize your data.

Cricket Wireless is an AT&T-owned carrier running on the same network. There are two Cricket plans that offer limited 4G LTE data: One costs $30 a month with 2GB of high-speed data and the other costs $40 a month with 5GB of data. Both plans support a feature called Stream More. It is turned on by default and will reduce some high-definition streaming video down to 480p resolution to save your data.

This MVNO used to be known as MetroPCS, but since T-Mobile snapped it up it’s now known as Metro By T-Mobile. There are two plans with limited 4G LTE data. One costs $30 a month with unlimited talk, unlimited text, and 2GB of data. The other costs $40 and bumps up the data to 10GB. These plans don’t include hotspots, but they do offer Music Unlimited. This lets you stream over 40 music apps without using up your data.

Visible has just one plan for $40 per month, although you get the first month for $25. As well as unlimited text and minutes, technically it offers you unlimited 4G LTE data on Verizon’s network. If it sounds a bit too good to be true, that’s because it is — your data is slowed at times of high traffic. Still, compared to unlimited data plans on the main carriers, it’s a good offer.

As always, it depends on your data needs — but there are very few downsides. The introductory offer is great value, there are no contractual obligations, and even a seven-day money-back guarantee. If you’re ready to give Ryan Reynolds and Mint Mobile a chance, check it out via the link below.