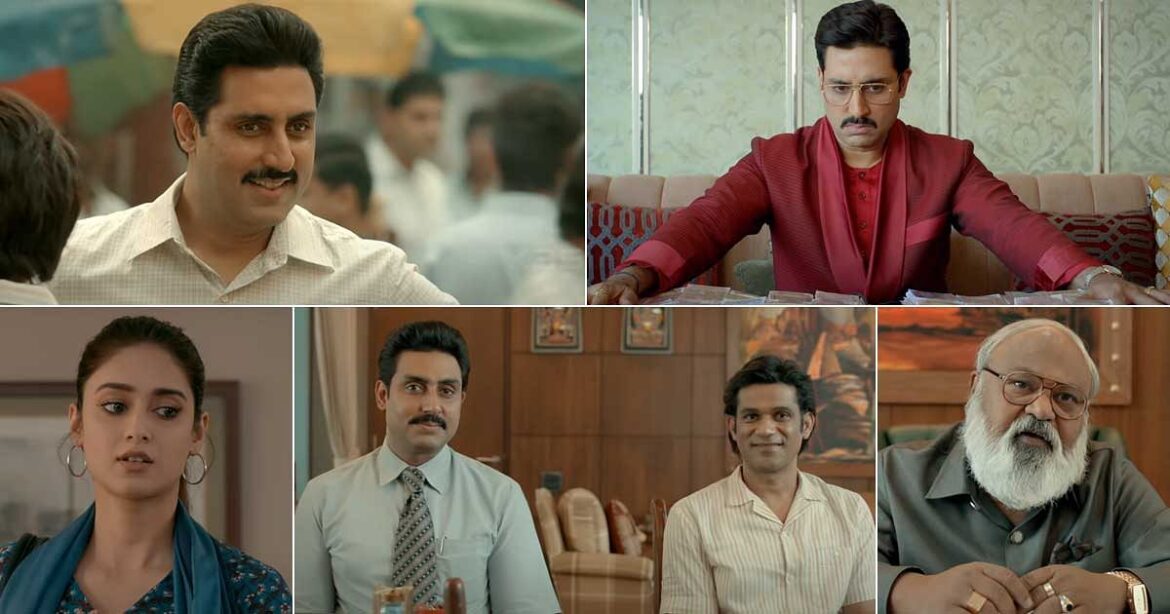 The much-anticipated title track of The Big Bull is out now!

Abhishek Bachchan starrer The Big Bull has been creating waves with its exciting trailer, eclectic star cast, and intriguing storyline. While everyone has been waiting for the film to release, the trailer has built massive anticipation for the catchy title track.

Taking the excitement to the next level, the title track of the movie, The Big Bull is all set to immerse you in the intriguing world of Hemant Shah.

Written and sung by CarryMinati (Ajey Nagar), the song has been composed by Wily Frenzy. The song is an interesting blend of lyrics that gives an insight into the journey of Hemant Shah and the music will keep you pumped!

Get ready for the one and only Big Bull!

The Big Bull directed by Kookie Gulati, is produced by Ajay Devgn and Anand Pandit. Kumar Mangat Pathak and Vikrant Sharma team up as co-producers. The movie is all set to stream exclusively for the subscribers of Disney+ Hotstar VIP and Disney+ Hotstar Premium on 8th April 2021.