Home General The Brexit Fight, Through a Reporter’s Prism of a Changed Continent

The Brexit Fight, Through a Reporter’s Prism of a Changed Continent 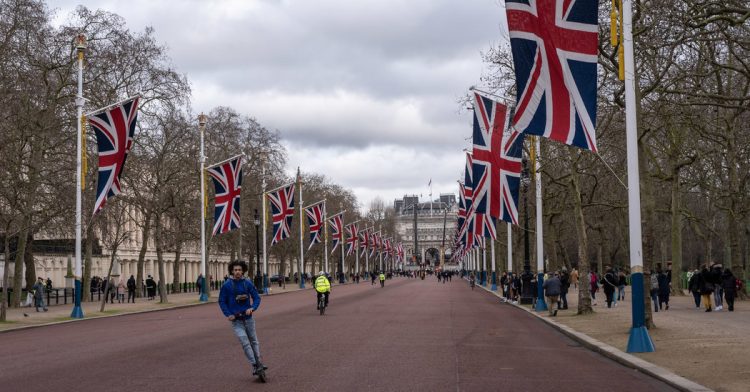 LONDON — An image from my sepia-toned memory in the 1950s: by a summery wheat field freckled with poppies in northern France, English vacationers have halted for tea. A man primes a hand-cranked paraffin stove. A battered kettle is produced, and a teapot. Driving by in their bouncy Citroën 2CVs and curvy Renault Dauphines, French motorists observe the ritual with tolerant bemusement or haughty disdain. British travelers, a rarity then, wave when they spot a kindred license plate.

It is often said — especially now that Prime Minister Boris Johnson has struck a post-Brexit trade deal with the European Union — that Britain’s desire to leave the European Union is rooted in nostalgia, a hankering for the past glories of a bulldog nation. The sloganeering imagery of striking out alone, “taking back control,” has resonated with sufficient potency for Mr. Johnson to have won an overwhelming majority in elections a year ago.

Indeed, with much of the land in near lockdown, confronted by a mutant and highly transmissible variant of the coronavirus, the very idea of control has become more compelling, as if the parallel narratives of politics and pandemic have intertwined in a yearning for an indistinct and far from certain renewal. Both hinge on a notion of sovereignty that might seems at odds with a world in which economic interdependency and disease have leapfrogged national frontiers with equal and comparable ease.

This week, it almost seemed as if the two had combined. Alarmed by the new variant of the virus in Britain, President Emmanuel Macron of France, himself in quarantine after testing positive for Covid-19, ordered the border closed, even as some 50 nations introduced restrictions, or outright bans, on travelers from Britain.

Thousands of trucks — stranded in Britain as Christmas and a deadline to seal a Brexit trade deal drew close — snarled the approaches to the port of Dover and the nearby entrance to the Channel Tunnel.

It might be a cliché, but it was tempting to compare events to a perfect storm: Just as Britain was about to bid farewell to the European Union, Covid-19 had left it isolated from the world. The chaos of trucks stuck on British highways and at a former airfield in the surrounding countryside in Kent seemed to offer a foretaste, writ large, of what life outside the European Union might mean.

Against such momentous upheaval, that small vignette from northern France so many years ago, when the memory of global conflict was still vivid, spoke to a different yearning.

The poppies, of course, evoked the dead of World War I, but stood for renewal after World War II. And, in its modest way, the tea-brewing family (my own) venturing onto the “Continent” in the late 1950s was part of the cautious vanguard of rapprochement that led, in January 1973, to Britain’s membership of what was then called the European Community, confirmed by a referendum two years later.

Like that first ballot, a second plebiscite in 2016 was technically nonbinding but politically beyond challenge. More than half the voters — 52 percent — voted to leave, an emblem of dissatisfaction and disconnection, a chance to thumb a collective nose against the elite. But for some among the 48 percent of the voters who wished to remain in the now much larger European Union, the choice was rooted in a sense of identity and common destiny within the body that had helped cement the European peace that my father’s generation had fought for.

In the four years of fraught negotiation and politicking since then, the division has not eased. “Leave” became a mantra in a near-mystical evocation of Britain, as it was in the colonial era, roaming the far-flung oceans in quest of trade and prosperity, in control of its destiny, free of outsiders’ trammels. The novelist David Cornwell, who wrote under the name John le Carré until his death this month, called it “fake” nostalgia.

Yet “Remain,” too, was a siren call from a more recent past of stability and prosperity, free movement and cosmopolitanism. In saying they seek to look forward, both sides, it sometimes seems, are looking back — and past one another — with equal chromatic distortion in their rose-colored spectacles.

On the plus side for the Remain camp, European Union membership came with any number of luxuries. like the little blue European Health Insurance Card giving Britons health care access to state providers in 27 countries; student exchange programs; a driver’s license that was just as valid in Bologna as in Brighton. Such privileges may well turn out to be part of the sacrifice demanded by the Brexiteers’ vision of a sovereign Britain set loose from the bureaucratic shackles of Brussels so that it could rise to its true destiny.

There will be other costs, the Remainers and others argue, like the shrinking of Britain’s economy and questions about the lacunae in the latest agreement, most notably the absence of guarantees for British financial services that have made its banks, brokers, traders and insurance companies a powerhouse fueling the bulk of Britain’s economy. Even though the deal offers British businesses access to continental markets without either punitive tariffs or restrictive quotas, the prospect of bureaucratic tangles and a reversion to older national distinctions harks back to earlier times.

When I look back to the days by the poppy-fields of northern France, I recall that we had needed a document called a carnet to get the parental Austin A40 across Europe’s myriad borders; coupons to buy gas in France; traveler’s checks to convert into the francs and D-marks and Italian lire and all the other currencies that preceded the single euro currency.

And when I thumb through old passports from the 1970s, with their thick, navy blue, pasteboard covers, I see the pages recording the exchange control regulations that tallied my foreign currency dealings, part of the web of cumbersome paperwork that is about to be rebuilt around what had become ever-smoother travel to and within the Continent. Then there are the entry visas marking arrivals and departures in Belgium, Switzerland and other places that no longer require such formalities from British travelers.

But what had perhaps been only vaguely glimpsed beyond the bare-knuckled campaigning for the 2016 Brexit referendum was the enormous complexity and national division that would flow from the prospect of disconnecting Britain from Europe’s web of bonds and animosities, rivalries and alliances.

At its core, Brexit represents a triumph for those within the Conservative Party who have fundamentally changed the nation’s calculations of where its interests lie, a triumph over the pragmatism for which Britons once prized themselves.

It is a tectonic shift that has largely ignored the sentiments of the voters who formed what Leavers mocked as the Remoaners. Already it has amplified the centrifugal forces tugging at the component elements of the United Kingdom, particularly Scotland, which voted to remain in the European Union and where a groundswell is building in favor of leaving the 300-year-old United Kingdom.

As much as anything, this collision of Covid-19 and Brexit has reaffirmed the most self-congratulatory passions of British exceptionalism. Prime Minister Johnson routinely refers to British science as world-beating, even though the country has logged Europe’s second-highest Covid-19 death toll after Italy. A British government minister spoke of his country as simply better than the rest of world, largely because it had been the first to approve the rollout of vaccines that were developed in Germany and manufactured in Belgium.

In this twilight of Britain’s membership in the most successful of postwar trading blocs, no assessment can avoid a reference to the credentials of whoever is making it.

Mine is colored by many years looking at Britain from the outside yet living a European identity. During many years overseas in Africa, Europe and the Middle East, I lived at various times in Switzerland, Germany, Greece, Italy and France. I traveled the continent, from the icy efficiency of its northernmost outposts on the Baltic to the sunlight of the Mediterranean and the bloodletting of the Balkans. I enjoyed the fact that my European identity was emblazoned on my European-style, plum-colored British passport.

Prime Minister Johnson and his supporters are hoping that the overriding sentiment conjured by the deal among Britons will be relief. More ominously though, opinion surveys have yielded stubborn evidence that many Britons cleave to the views they expressed during the referendum fight in 2016, suggesting that the nation’s divisions have not been resolved. The choices of 2016 are no longer on the table. With its decoupling from the European Union, Britain has signaled a profound shift not only in its relationship with Brussels but also in the way the rest of the world regards the European project.

“This moment marks the end of a long voyage.” said Ursula von der Leyen, the president of the European Commission, the bloc’s executive arm. Like the journey through the poppy fields of northern France those decades ago, it was also a new, untested foray into the unknown.

Alan Cowell was a foreign correspondent for The New York Times for more than three decades and is now a freelance contributor to The Times based in London.