The C.D.C. advisory panel has endorsed the Moderna vaccine. 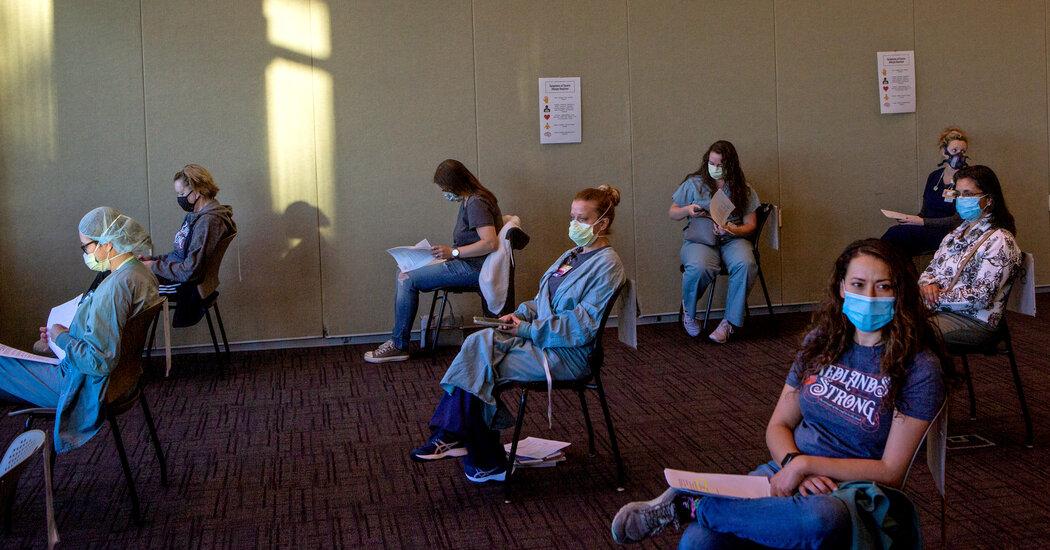 An independent panel of experts advising the Centers for Disease Control and Prevention voted on Saturday to endorse a second coronavirus vaccine for use in adults 18 and older.

The committee’s recommendation, by a vote of 11 in favor and none against (with three recusals due to conflicts of interest), followed Friday’s announcement that the vaccine, made by Moderna, had been granted an emergency authorization by the Food and Drug Administration.

The committee’s vote signals to hospitals and doctors that they may proceed to inoculate patients with the Moderna vaccine. Some 5.9 million doses are scheduled to ship on Sunday, and the first vaccinations are expected to begin on Monday.

Unlike the Pfizer-BioNTech vaccine, which was authorized for use in people 16 and older, Moderna’s inoculations are intended for adults only. (Moderna did not begin its pediatric studies until Dec. 9 and did not expect to have a full set of data until sometime next year.)

Much of the advisory committee’s deliberations centered on the severe allergic reactions reported after injections of the Pfizer-BioNTech vaccine, which contains ingredients similar to those in Moderna’s recipe.

Six cases of anaphylaxis have now been documented in the United States, as well as two in Britain. In addition, milder allergic reactions have been reported. Experts have said these cases shouldn’t deter a vast majority of people from getting the vaccine. More than 272,000 doses of Pfizer’s vaccine have already been doled out nationwide.

Half of the people who received Moderna’s vaccine in clinical trials also reported some uncomfortable symptoms, including fatigue, headaches and soreness, after their second shot, given about four weeks after the first. Some volunteers also developed fevers or rashes around injection sites.

Incidents like these appear to be much more common with Moderna’s vaccine than Pfizer’s, which contains a smaller dose of active ingredients. But most of the side effects disappeared within a day or so of the shot.

Neither Moderna nor Pfizer has yet collected data in people who are pregnant or breastfeeding. But none of the 13 volunteers who became pregnant while participating in Moderna’s clinical trials, six of whom received the vaccine, reported harmful effects.

Dr. Jacqueline Miller, Moderna’s senior vice president, also drew attention to the representation of people of varying races and ethnicities in Moderna’s trials — a nod to the disproportionate effect of the pandemic on communities of color.

In discussions this week, experts repeatedly noted the importance of partnering with representatives from communities of color to reaffirm vaccine safety and efficacy for people who might be skeptical of the shots.