Home General The C.D.C. discusses who should get vaccinated first, but the decision will fall to states.

The C.D.C. discusses who should get vaccinated first, but the decision will fall to states. 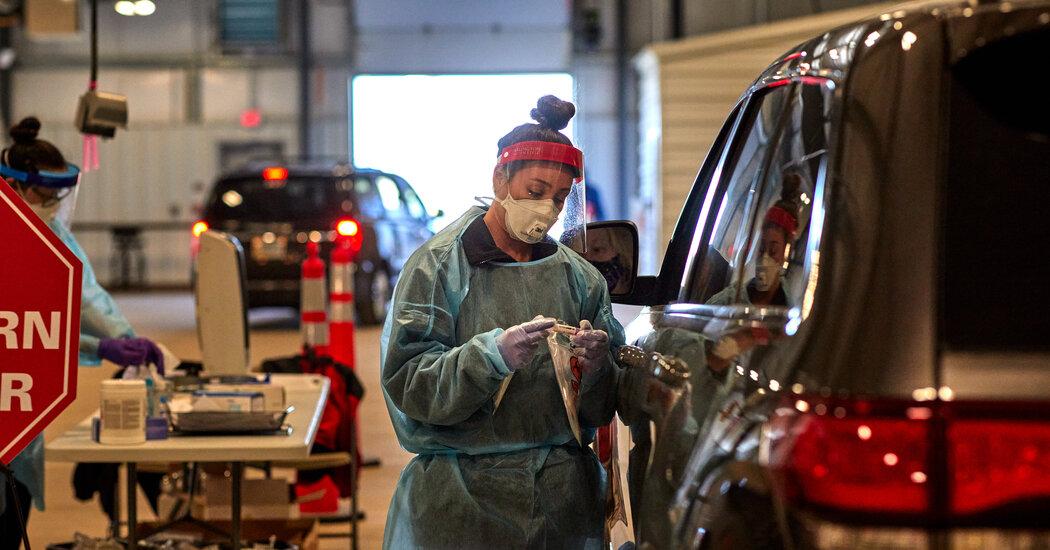 A Centers for Disease Control and Prevention advisory committee is meeting on Tuesday afternoon to decide what its advice will be about who should get access to Covid-19 vaccines first. But much like its recommendations about masks and travel restrictions, the C.D.C.’s guidance about vaccine distribution will only inform states, which will ultimately need to devise their own plans.

Alex M. Azar II, the health and human services secretary, said on Monday that vaccine doses will be distributed through normal processes for vaccines, with governors acting as “air traffic controllers” to determine which hospitals or pharmacies receive shipments.

There is wide agreement that frontline health care workers should be prioritized, and the C.D.C. has said in documents sent to public health agencies that essential workers like police offers or workers in food production, as well as employees and residents of long-term care facilities, should be close behind. But it is unclear where other vulnerable populations, like transit workers, inmates and teachers, stand.

States don’t have to follow the C.D.C.’s recommendations, but most probably will, said Dr. Marcus Plescia, the chief medical officer for the Association of State and Territorial Health Officials, which represents state health agencies.

Moncef Slaoui, the head of the Trump administration’s Operation Warp Speed virus program, told Politico that he expects some states “may prefer long-term care facilities or the elderly, while others may prioritize their health care workers.”

The C.D.C. panel hinted last week that it would recommend the country’s 87 million essential workers be next in line. These workers are disproportionately Black and Hispanic, populations that have been hit especially hard by the virus, and at increased risk because they are more likely to work at jobs that preclude working from home.

After essential workers, next are likely adults with medical conditions that put them at high risk of coronavirus infection, and people over 65.

As of Monday, two major vaccine makers, Moderna and Pfizer, have applied to the Food and Drug Administration to authorize its vaccine for emergency use.

With the limited quantities of the Moderna and Pfizer vaccines set to be distributed as early as later this month, states are scrambling to plan their distribution.

Federal officials have said they plan to ship the first 6.4 million doses within 24 hours after the F.D.A. authorizes a vaccine, and the number each state receives will be based on a formula that considers its adult population.

In Kentucky, Gov. Andy Beshear said on Monday that 26,000 residents and employees of nursing homes and other long-term-care facilities would be the first in the state to get vaccinated, along with 12,000 of the state’s more than 200,000 health care workers. The federal government has allocated an initial 38,025 doses of Pfizer’s vaccine for Kentucky, based on its population, he said.

That is a much smaller amount than what the state had planned for, he said, adding that Kentucky is also projected to receive an initial 76,700 doses of a vaccine made by Moderna by the end of December if the regulatory process goes quickly.

The initial allocation would reach about half of the 50,000 patients and staff members in “the highest, most intensive tier of long-term care” in Kentucky, Mr. Beshear said. A staggering 66 percent of deaths from Covid-19 in Kentucky have been among their residents, and protecting them could help prevent hospitals from becoming overwhelmed, he said.

Teachers and emergency medical workers will likely be next in line, he said.