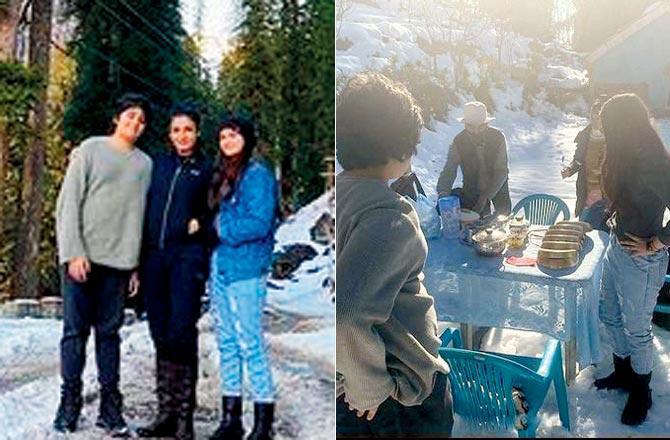 Raveena Tandon Thadani and children, Rasha and Ranbir, are camping in Himachal Pradesh. What has added to their adventure in the mountains is experiencing the season’s first snowfall. “Live life to the fullest in the lap of the Himalayas,” wrote Ravs while sharing pictures of their holiday.

Looks like Raveena and her family is having the best time on their snowy vacation! A few days ago too, she posted a few pictures from her getaway.

On the work front, Raveena Tandon was last seen in the film Khandaani Shafakhana in a special appearance in the song Sheher Ki Ladki. She will be back on screen soon in the upcoming film KGF Chapter 2, a follow-up to the 2018 Kannada blockbuster, KGF: Chapter 1, starring Yash.