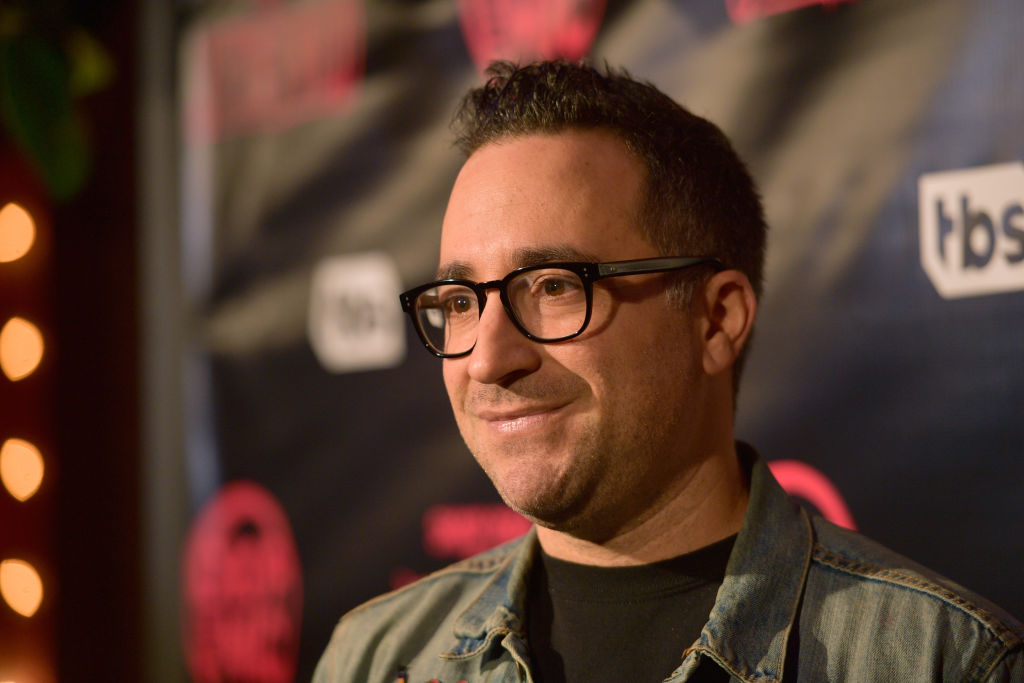 Cinnamon Toast Crunch used to be TV writer-producer Jensen Karp’s favorite cereal, but he won’t be eating it again anytime soon. Not after what he says was a horrifying discovery in his breakfast box: In fact, the contents of his cereal were downright fishy.

Along with the sweetened squares were shrimp tails, among other decidedly non-cereal tidbits. And to make matters worse: Karp says he found the foreign objects after he had already eaten a bowl on Monday.

“I think I am done,” Jensen told Yahoo Entertainment early Tuesday. “I haven’t eaten since. I feel sick. I keep saying I feel sick but not physically, I feel sick mentally. My plan is to juice cleanse. I feel terrible.”

Karp, who married Boy Meets World and Girl Meets World star Danielle Fishel in 2018, said at the moment he made the discovery, he was planning to pour a little more of the cereal. This serving was for his and Fishel’s 21-month-old son, who likes to eat the pieces like cookies. Luckily, Karp spotted something unusual before feeding it to the tyke.

“I kinda thought maybe some pieces were stuck together and then I looked closer and, I mean, it took seconds,” Karp said. “It’s the most stereotypical shrimp tail you’ve ever seen. And then I looked inside the bag … and then another shrimp tail was at the top of that bag. And I have, like, [a] total queasy stomach. I’m, like, medicated for OCD. This stuff freaks me out, so I pushed it away very quickly and then took a picture for my wife and then started the submission to General Mills to let them know.”

Karp, who hosts the Talk Ain’t Cheap podcast, thought the company would want to know what happened. He explained that he purchased the apparently tainted box at a Costco in Los Angeles.

“They kind of ignored the inquiry email,” he said, “and then I wrote to them on Twitter, and then wrote to [parent company] General Mills, and no one was really freaking out.”

They had an exchange that left Karp, who’s worked in comedy and had a sense of humor about his posts, wanting more. He didn’t appreciate, for instance, that the company early on said that what he believed to be a shrimp tail was actually just “an accumulation of the cinnamon sugar” and that contamination with shrimp wasn’t possible.

I was convinced to go back through the bag, since when I first noticed the shrimp tails, I freaked out and closed the box. Here’s all my findings, which also now includes a weird little string? pic.twitter.com/mRDUhqG3I8

UPDATE: my wife has a stronger stomach than me and checked the OTHER bag in the family pack. This one seems taped up (?) and also appears to include…(I don’t even want to say it)…dental floss. pic.twitter.com/yKPkpx7PWq

Plus, other social media users had suggested that they could be some very unappetizing, possibly dangerous things, like rodent droppings.

I plan on continuing full transparency for those concerned about their products. This is the first I’ve heard from them since yesterday (when they said they were sending an envelope) and my new response. pic.twitter.com/EYugRvLbtC

Karp called his local poison control and planned to go for testing Tuesday afternoon, although he felt fine so far. He was also taking the cereal for testing. At the very least, he hopes people will learn from his terrible experience that poison control is an available resource.

AM UPDATE: I feel fine. I am going to get the black stuff tested today, and also going to talk to the Costco. Most importantly, nothing new from General Mills since they asked me to send them the shrimp tails that they had tried to convince me was sugar.

“People are like, ‘It could be a prank,'” the comedy writer said. “Listen, it’s not a prank. It would be a very weird prank for me to cook items onto my Cinnamon Toast Crunch and also have them create the dumbest response in corporate history.”

Karp said he wants the company to remove the cereal from shelves, in case someone with a shellfish allergy eats it. Or someone keeping kosher.

When asked for a statement, General Mills provided the following to Yahoo Entertainment: “While we are still investigating this matter, we can say with confidence that this did not occur at our facility,” said Mike Siemienas, a spokesman for General Mills. “We are waiting for the consumer to send us the package to investigate further. Any consumers who notice their cereal box or bag has been tampered with, such as the clear tape that was found in this case, should contact us.”