The Complete Story of Baltimore Ravens 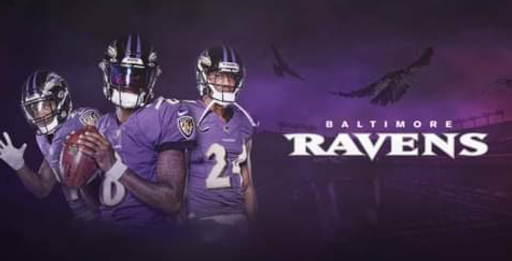 Baltimore Ravens is an American professional football team located in Baltimore, Maryland. The team plays in the American Football Conference (AFC), one of the top highest National Football League (NFL). Raven, a young franchise, played its first game in 1996 but won the Super Bowl title in 2001 and 2013.

The Ravens, then led by defensive coordinator Marvin Lewis emerged as one of the most chilling defenses in NFL history. They set the record of holding the opposing teams to 165 total points. It surpassed the previous set mark of 187 points by the Chicago Bears for a 16-game season. That year (2000), linebacker Ray Lewis got the title defensive player of the year, including his two defensive teammates Sam Adams and Rod Woodson, who also made the Pro Bowl.

The Baltimore Ravens season had a strong start with a 3–1 record, with Tony Banks starting in the quarterbacks. But he got replaced by Trent Dilfer after failing to score an offensive touchdown in October. They fell to 5-4. Their coach Brian Billick said the quarterback change was to go for the whole season.

With rookie running back Jamal Lewis combining with the Ravens defense, they kept the team competitive despite the offense struggle. One season they got two wins, although they never scored a single offensive touchdown despite running five games. And this made the team regroup and saw them win all the seven games remaining, finishing at 12-4. And finally, for the first time, Baltimore Ravens made it to the playoffs.

After Raven’s easy defeat of New York Giants in the Super Bowl XXXV, Lewis became Raven’s most valuable player. The squad also featured standouts, including offensive lineman Jonathan Ogden, Shannon Sharpe, a tight end, and cornerback Rod Woodson. Ravens continued being competitive throughout the years until they qualified for the playoffs in six of 10 seasons starting from 2001-2010. That was the same time they lost to their rival Pittsburgh Steelers in the AFC championship.

In 2011, Ravens won the division title advancing to the AFC championship game, and saw a close loss to the Patriots. But the next season, Baltimore thrashed the Patriots in the rematch of an AFC title game, which they triumphed over the San Francisco 49ers. Baltimore Ravens got the second Super Bowl.

In 2013, Raven’s five-year streak playoff came to an end, finishing the season with 8-8 records. But the team returned to the postseason the following year, upsetting the Steelers during its first playoff game. That was before their elimination in the divisional round.

During the 2015 season, Baltimore Ravens fell off to a 5-11 record, but had a degree rebound in 2016 with an 8-8 but missed out on a division title. However, the team kept improving, and they returned to the playoff after capturing the division title in the 2018 season.

Ravens received Patrick Queen and J.K Dobbins after their excellent 2019 season in the 2020 draft. They went back and forth despite a 5-1, which put them in a bye week. They lost four out of five games, with the most shocking one to the Patriots, which ended their record streak at 31. The week 12 game where the Ravens were to play the Steelers got postponed due to COVID-19 outbreak among their organization.

But after clearance, Ravens came back strong winning their final five games, including a 47-42 Monday game against the Browns. Lamar Jackson left in the middle of the game, which was the third quarter. It erased a 34-20 lead, which Raven had over the Browns.

However, he can return to play after receiving a two-minute warning to throw a touchdown pass. It was during his first playback to Marquise Brown keeping it alive. Overall, Ravens closed at 11-5, which got them a wild card in the playoffs. They thrashed Titans in the wild card with a 20-13, which was an act of revenge to the past divisional year’s round. But the following week, they fell to the Bills at 17-3.

In conclusion, if you are a Baltimore Ravens superfan, you must agree with me that this Super Bowl was remarkable for the team. We saw Ray Lewis going on top, Ed Reed picking off a pass and winning his first championship, and Joe Flacco is asserting himself as a star.

Liverpool vs Everton: Liverpool Slump Further As Everton Win At Anfield For...

Serie A: Romelu Lukaku “Firing On All Cylinders” As Inter Milan Go...

Watch: Trailer of Netflix’s ‘Shadow and Bone’ gives a peek into dark-fantasy

U.S. Soccer nixes ban on anthem protests, and one guy’s dissent exposes the hypocrisy of the right wing

U.S. Soccer nixes ban on anthem protests, and one guy’s dissent exposes the hypocrisy of the right wing