Home General The Cost of an Unfocused Stimulus

The Cost of an Unfocused Stimulus 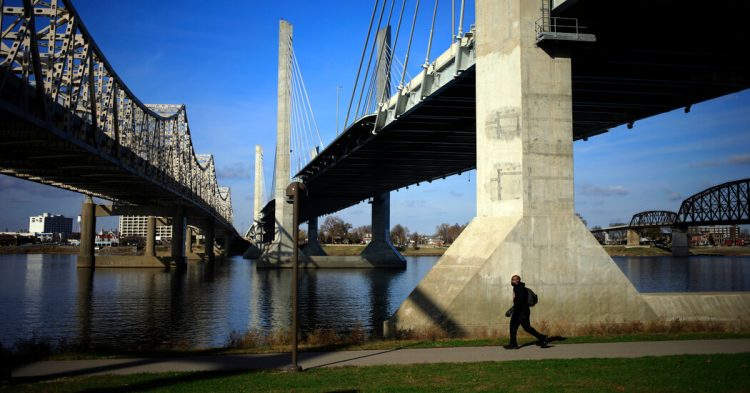 For many Americans, the coronavirus recession has done almost no damage to their finances. They still have their jobs, and their expenses have gone down while they’ve been stuck mostly at home. Their homes have not lost value, unlike during the financial crisis of 2007-9. If they are fortunate enough to own stocks, their portfolio is probably worth more than a year ago.

Of course, millions of other Americans are struggling mightily. Nine million fewer people are employed than a year ago. Others are coping with big medical bills. Many small businesses have closed or may soon. State and local governments are planning deep cuts.

The $900 billion stimulus bill that Congress passed last night will provide a lot of help to the economy. But many economists believe that it also has major flaws. Among them: It isn’t especially targeted at the parts of the economy that need help.

A central part of the stimulus are one-time checks that the government will mail to people. Any household with income below $150,000 will likely receive at least $1,200. Families with children will receive more.

Much of that money will go to Americans who are doing just fine and who will save the money they receive, which in turn will do nothing to keep struggling businesses afloat or keep workers employed. Already, the personal savings rate had risen to about 14 percent this fall, from 8 percent at the start of the year.

At the same time, the bill provides only 11 weeks of expanded unemployment insurance. “That’s not enough to bridge us to when a vaccine is widely distributed,” Ernie Tedeschi, a former Treasury Department economist, wrote yesterday. In all, the bill spends less on the expanded jobless benefits than on the stimulus checks.

An even bigger issue is the lack of help for state and local governments. Mitch McConnell, the Senate majority leader, insisted on excluding such aid, saying it would be a bailout for fiscally irresponsible states. Many economists disagree and point to the pandemic’s toll on state budgets.

“Economists are especially concerned that the final deal stripped out new funding for state and local governments, which is likely to lead to more job cuts and higher taxes in parts of the country,” The Washington Post’s Heather Long wrote. Larry Johnson, a county commissioner in the Atlanta area, said, “Congress leaving out local aid is like the Grinch that stole Christmas.”

And Tracy Gordon of the Urban-Brookings Tax Policy Center told Bloomberg CityLab, “I’m incredulous that they’re not providing state and local aid.” Among the likely areas for the cuts that state and local government will have to make: public transportation, police and fire departments, schools and health care programs.

The bottom line: The stimulus plan seems big enough to keep the economy from falling into a new recession early next year. But a different plan could have prevented more economic hardship than this one will.

More on the bill:

The Future of Shopping: When Eden Chen wants new sneakers, he takes out his smartphone and points it at his feet. He’s one of the growing number of consumers shopping in augmented reality.

“Finding love with Martin was a great joy”: Those were among the words that the former Bloomberg reporter Christie Smythe wrote to a judge about Martin Shkreli, the vilified former pharmaceutical executive whose case she had been covering. Smythe revealed she was in a relationship with Shkreli, who is in prison, in an article in Elle.

Lives Lived: The job of White House chef was open. Henry Haller, a versatile Swiss-born chef, got the role and would go on to become the longest-tenured executive chef there. He catered to five presidents of varying politics, temperaments and palates. He died at 97.

The year of Telfar

The pandemic has led to a steep drop in sales for much of the fashion industry. Yet the company owned by Telfar Clemens, a Liberian-American designer, is enjoying its best year. He did it largely by leaving the old fashion system behind, as the Times’s fashion critic Vanessa Friedman writes in a profile of him.

Clemens started his unisex line in 2005, years before the concept of genderless dressing took off. The brand’s slogan — “Not for you, for everyone” — and relatively affordable prices embraced a more inclusive approach to fashion.

The company also eschewed other industry traditions, selling the majority of its goods directly to consumers via its website, rather than relying on wholesale orders. These decisions left the company in a better position to endure the pandemic. “When Covid came, rather than knocking us down like everyone else, we just rode that wave,” Clemens told The Times.

The brand also got some high-profile boosts this year. Oprah Winfrey chose its signature shopping bag, also known as the Bushwick Birkin, as one of her “favorite things.” Alexandria Ocasio-Cortez gave the bag a shout-out on Instagram.

Everything Clemens has always stood for, Friedman writes, is everything the fashion world “is now desperate to embrace.”

If you’re looking for something sweet, try these peanut butter blossoms.

The first “Wonder Woman” movie, directed by Patty Jenkins, proved female superheroes could anchor a successful franchise. Ahead of the Dec. 25 release of “Wonder Woman 1984,” The Times interviewed Jenkins about making the sequel.

What to Listen to

From “Wind of Change” to “My Year in Mensa,” this list has the year’s best podcasts.

With the help of Celine Dion music, comfort food like a savory tourtière and a virtual tour of a local gallery, you can pretend you’re in Quebec City.

We look back at the past year in late-night television.

The pangram from yesterday’s Spelling Bee was captivity. Today’s puzzle is above — or you can play online if you have a Games subscription.

Thanks for spending part of your morning with The Times. See you tomorrow. — David

P.S. “Time” — a film about a mother striving to keep her family together while fighting for the release of her incarcerated husband — was named Best Non-Fiction Film by the New York Film Critics Circle and also made Barack Obama’s list of his favorite 2020 films.

Today’s episode of “The Daily” looks at the lives of four complex and vibrant people we lost this year. On the latest episode of “Sway,” a conversation with The Times’s Nicholas Kristof.