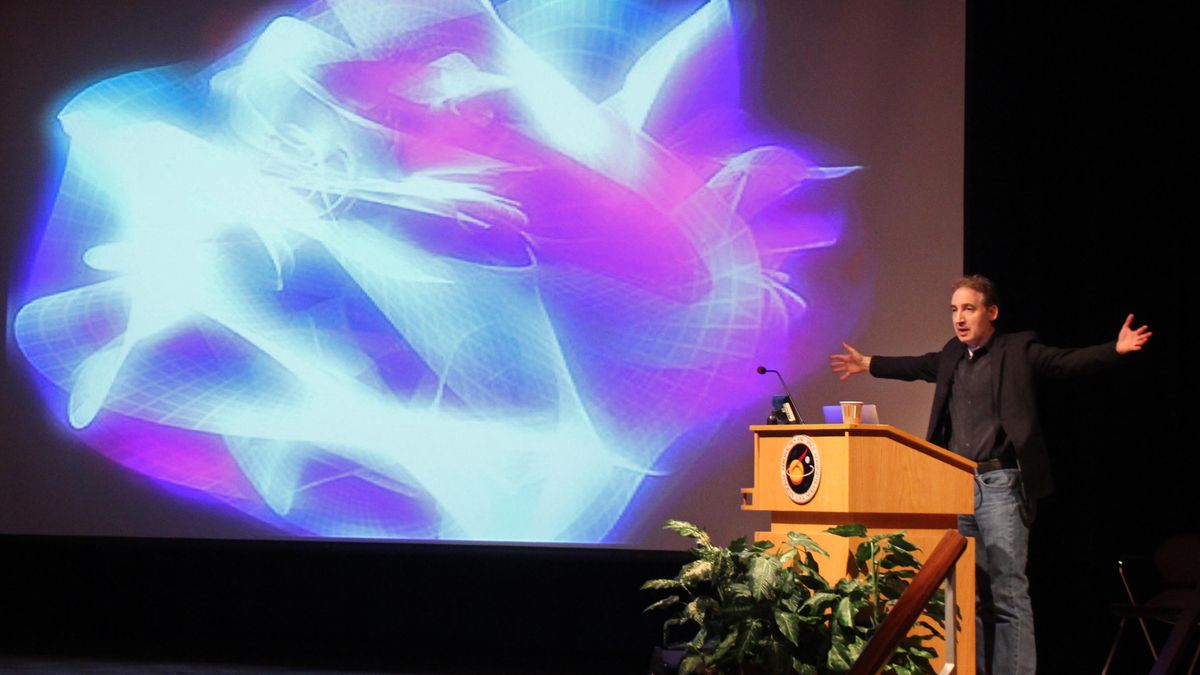 A lot of people, when they learn about String Theory for the first time, are taken aback by what a beautiful, powerful idea it is. When we look at our Universe and discover the way it is, we find that it follows a certain structural pattern that — for as intricate as it is — seems to follow rules that apply very differently to different components of the theory. We have, for example:

That’s the brilliant, beautiful, and compelling idea at the core of String Theory. It’s also has absolutely no experimental or observational evidence in favor of it at all. Here’s why the hope of String Theory, when you get right down to it, is nothing more than a broken box of dreams.

Every time, as a theorist, you add something new to your theory — a new ingredient, a new force or interaction, a new dimension, a new coupling, etc. — you have to do two things to accommodate it. The first thing you have to do is establish that this new addition is compatible with the prevailing theory and all of our observations: you can’t add something to your theory that has already been ruled out by the existing data; that’s what we call a non-starter in the field.

Our Universe, if we’re being comprehensive about it, is a pretty complicated place. In it, we have:

Two of the forces, the weak nuclear force and the electromagnetic force, are known to unify into the electroweak force at high energies achievable at certain particle colliders. Many ideas — such as grand unification and supersymmetry — would involve adding new particles and interactions, but would also lead to experimental consequences like proton decay or the presence of additional particles or decay pathways not seen at colliders. The fact that these predictions haven’t panned out helps us place constraints on both of these ideas.

String theory, though, goes many steps farther than either grand unification or what we know as supersymmetry does.

For grand unification, the idea is to take the three forces in the Standard Model and embed them into a larger, more symmetric structure. Instead of the particles we know with the interactions we know — with multiple disjoint frameworks corresponding to each of the forces — grand unification tries to fit the Standard Model inside a larger structure.

This might just sound like words to you, but the group theory representation of the Standard Model is SU(3) × SU(2) × U(1), where the SU(3) is the color (strong force) part, the SU(2) is the weak (left-handed) part, and the U(1) is the electromagnetic part. If you want to unify these forces into a larger framework, you’ll need a bigger group.

You can take the route of Georgi-Glashow [SU(5)] unification, which predicts new, super-heavy bosons that couple to both quarks and leptons simultaneously. You can take the route of Pati-Salam [SU(4) × SU(2) × SU(2)] unification, which adds in the right-handed particles, making the Universe left-right symmetric instead of preferring a left-handed neutrino. Or you can go even larger: to SU(6), SO(10), or still larger groups, so long as they contain the Standard Model within them.

The problem, of course, is that the larger you go, the more stuff there is to get rid of, and the more explaining there is to do if we want to understand why these extra components to reality don’t show themselves, either directly or indirectly, in our experiments, measurements, and observations of the Universe. The proton doesn’t decay, so either the simplest model of grand unification is wrong, or you have to pick a more complicated model and find a way to evade the constraints that rule out the simpler models.

If you want to talk about unification and group theory in the context of String Theory, however, your group suddenly has to become enormous! You can fit it into one of the SO groups, but only if you go all the way up to SO(32). You can fit it into two of the exceptional groups crossed together — E(8) × E(8) — but that’s enormous, as each E(8) contains and is larger than SU(8), mathematically. This isn’t to say it’s impossible that String Theory is correct, but that these large groups are enormous, like a block of uncut marble, and we want to get just a tiny, perfect statuette (our Standard Model, and nothing else) out of it.

But one of the biggest challenges for String Theory is something that’s often touted as it’s big success: the incorporation of gravity. It’s true that String Theory does, in a sense, allow gravity to be merged with the other three forces into the same framework. But in the framework of String Theory, when you ask, “what is my theory of gravity,” you don’t get the answer that Einstein tells us is correct: a four-dimensional tensor theory of gravity.

According to Einstein, the only factor in determining gravity is the presence of matter and energy. You put all the different forms of matter and energy in the Universe into General Relativity, and the Universe will evolve — expanding, contracting, gravitating, etc. — according to the stresses that these forms of matter and energy create. There are three spatial dimensions and one time dimension, and gravitation only has a tensor form: not a scalar or vector one. You might be able to add extra ingredients in, but you can’t have them play any role that disagrees with the observations we already have in hand.

We had, as proposed 60 years ago, an alternative to Einstein’s General Relativity that did incorporate a scalar as well: Brans-Dicke gravity. According to Einstein’s original theory, General Relativity was needed to explain the orbit of Mercury, and why its perihelion (where it came closest to the Sun) precessed at the rate that it did. We observed a total precession of ~5600 arc-seconds per century, where ~5025 were due to the precession of the equinoxes and ~532 were due to the other planets. Einstein’s General Relativity predicted the other ~43, and that was the slam-dunk prediction he finally made in 1915 that catapulted the eclipse expedition into infamy. The 1919 revelation that light bent starlight was the ultimate confirmation of our new theory of gravity.

But by the late 1950s, some observations of the Sun had indicated that it wasn’t spherical, but rather was compressed along its poles into an oblate spheroid. If that were the case, Brans and Dicke argued, then that observed amount of departure from a perfect sphere would create an additional 5 arc-seconds of precession per century that differed from Einstein’s predictions. How to fix it? Add in a scalar component to the theory, and a new parameter: ω, the Brans-Dicke coupling constant. If ω was about 5, everything would still turn out right.

Of course, the Sun actually is a perfect sphere to a much better degree than even the Earth, and those observations were incorrect. Given the modern constraints that we have, we now know that ω must be greater than about 1000, where the limit as ω → ∞ gives you back standard General Relativity. For String Theory to be correct, we have to “break” this 10 dimensional Brans-Dicke theory down to a four dimensional Einsteinian theory, which means getting rid of six dimensions and this pesky scalar term and the coupling, ω, all of which must go away.

What all of this means is that if String Theory is correct, we have to start with a Universe that’s highly symmetric and very unlike the Universe we have today. This Universe, at some early time at very high energies, had 10 dimensions to it, had a scalar gravity component in addition to the tensor component, was unified into some very large group like SO(32) or E(8) × E(8), and was described by a maximally supersymmetric (N = 4) Yang-Mills theory.

If String Theory is correct, then somehow — and nobody knows how — this ultra-symmetric state broke, and it broke incredibly badly. Six of the dimensions disappeared, and the scalar gravity component stopped mattering. The large, unified group broke very badly, leaving only our relatively tiny Standard Model, SU(3) × SU(2) × U(1), behind. And that supersymmetric Yang-Mills Theory broke so badly that we don’t see any evidence for a single supersymmetric particle today: just the regular Standard Model.

This is the dream of String Theory: that we can take this theory, like some enormous unbroken box, and stick the right key in it and watch it crumble away, leaving only a tiny piece left that perfectly describes our Universe. In the absence of such a key, String Theory can only be considered a physical speculation.

The Dream Of String Theory Is An Unlikely Broken Box