Home General The first case of the British variant virus has been confirmed in the United States.

The first case of the British variant virus has been confirmed in the United States. 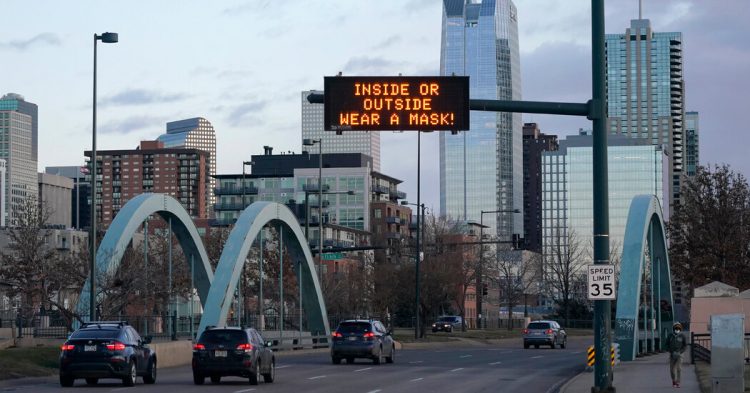 DENVER — A case of the more contagious coronavirus variant first discovered in Britain was discovered in Colorado on Tuesday, Gov. Jared Polis said. It is the first confirmed case of the variant in the United States.

The case was detected in a male in his 20s with no travel history, Mr. Polis said. The man was in isolation in Elbert County, southeast of Denver, he said.

There have not been any close contacts identified as of Tuesday, Mr. Polis said, adding that health officials were working to identify potential cases through contact tracing interviews.

The Colorado State Laboratory confirmed the case and notified the Centers for Disease Control and Prevention, he said.

A recent study by British scientists estimated that the variant first discovered in Britain is 56 percent more contagious, though there has been no evidence to suggest that it is more deadly or resistant to the vaccines that have been deployed across the United States and Europe.

Scientists are worried about these variants but not surprised by them. It is normal for viruses to mutate, and most of the mutations of the coronavirus have proved minor.

The British variant has a constellation of 23 mutations, including several that affect how the virus locks onto human cells and infects them. These mutations may allow the variant to replicate and transmit more efficiently, said Muge Cevik, an infectious disease expert at the University of St. Andrews in Scotland and a scientific adviser to the British government.

Countries around the world have implemented stricter protocols for travelers entering from the United Kingdom. A new rule in the United States mandating that incoming travelers from the U.K. — including American citizens — show proof of a negative coronavirus test upon entry went into effect on Monday. After cases of the variant were discovered in Japan, the country closed its borders to all new entry by nonresident foreigners.

A similar variant, which shares one of the mutations in the British variant, has been found in South Africa. Discovery of that variant led to similar travel restrictions around the world.