Home General The first vaccine reached New York on Monday at a fraught moment in the state.

The first vaccine reached New York on Monday at a fraught moment in the state. 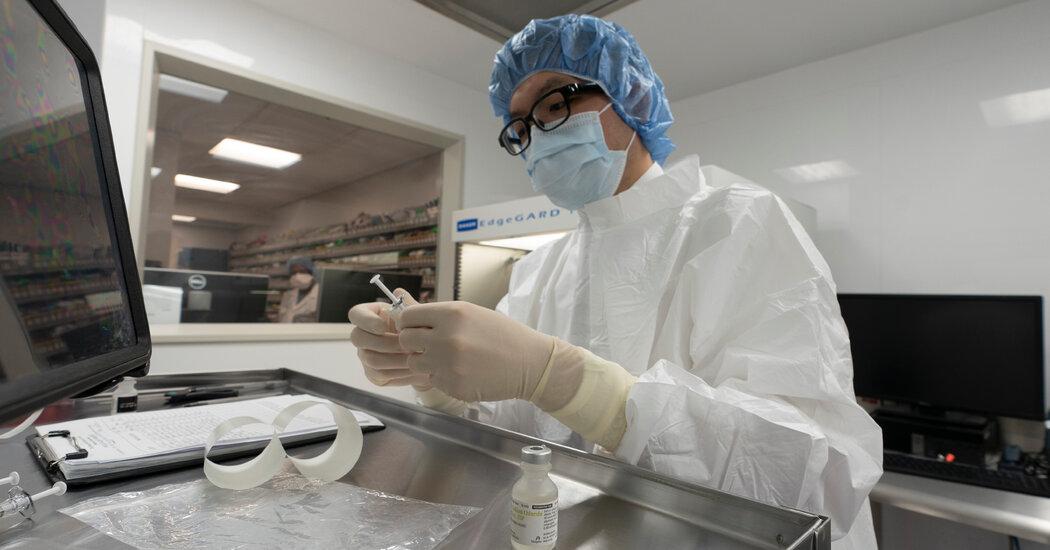 The first coronavirus vaccines have arrived in New York at a time of urgency, with the virus regaining a foothold in a state that it has profoundly scarred, killing more than 35,000 people and severely weakening the economy.

To fight a horrific surge in the spring, New York State largely shut down, and daily reports of new cases sank to a few hundred a day, where they stayed through the summer. But the spread of the virus began to accelerate again in the fall after restrictions were eased and schools reopened.

Last week, the state recorded an average of about 10,000 new cases a day, about 72 percent more than two weeks earlier, and patients were filling up hospital beds in numbers not seen since May. So now, nearly 300 days after the state reported its first coronavirus case on March 1, health officials face another race against time to protect vulnerable New Yorkers.

Officials wasted no time getting the new vaccine, developed by Pfizer and BioNTech, into the arms of the first frontline medical workers on Monday morning, including a nurse at a hospital in eastern Queens whose inoculation was televised. The distribution of the vaccine has been fast-tracked in each stage of the process, from development to approval by the Food and Drug Administration on Friday night. But the process faces many logistical challenges.

The shipment that arrived for use on Monday is part of the state’s initial allocation to vaccinate people deemed most essential or at-risk, a group that includes employees and residents of nursing homes and long-term care facilities as well as frontline medical workers.

At an appearance on Sunday at St. Martin of Tours Roman Catholic Church in Brooklyn, Mayor Bill de Blasio said, “This week, as the vaccine arrives in our city, we see the light at the end of the tunnel from this difficult time we’ve all been through, because as each and every New Yorker is vaccinated, it is one step closer to ending the coronavirus era.”