The good news and ominous warnings in JPMorgan’s earnings call 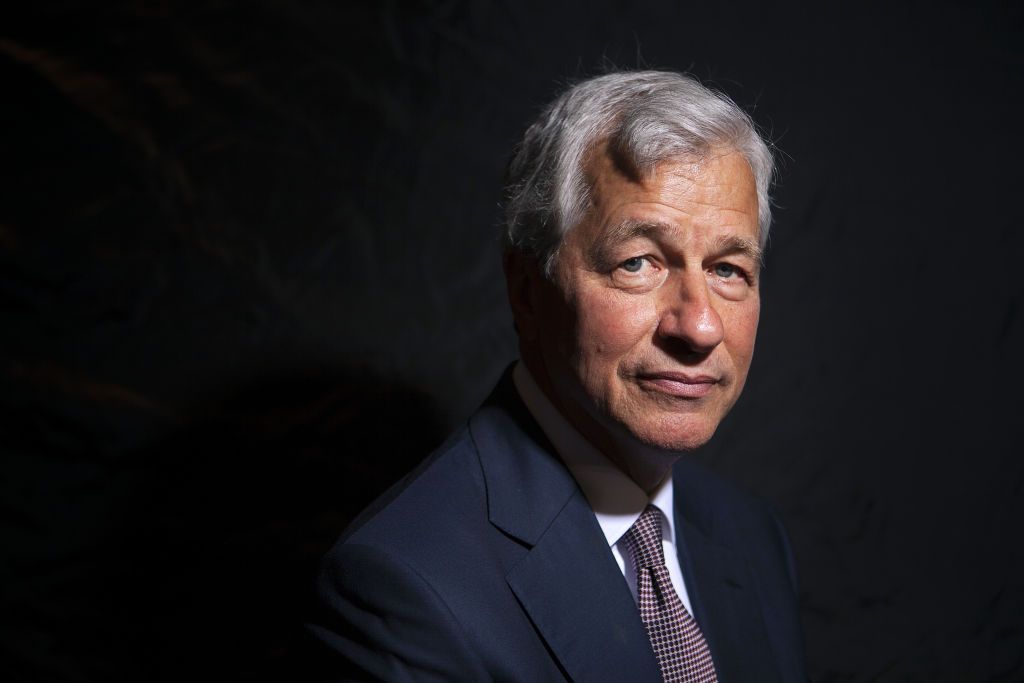 One of the best ways to get an overview of how consumers, Wall Street, and the broad economy are faring in the COVID economy is listening to Jamie Dimon’s quarterly earnings calls.

The JPMorgan Chase CEO, the world’s preeminent banker, sees the data on everything from who’s paying and not paying their credit card bills to the shift in the spirits of small-company CEOs up close and early.

During the 90-minute session on Jan. 15, Dimon noted that although JPMorgan posted record earnings for the quarter, he’s still guarding against “significant near-term economic uncertainty.” He added that JPMorgan’s cushion for loan losses is far bigger than what would be needed to weather another severe downturn, and implied that other big banks are also well girded. The American consumer’s spending and borrowing are still weak and won’t get a lot better next year, he believes. The big unknown is whether a wave of credit card defaults will hit in late 2021 when jobless folks’ extra benefits run out and they exhaust the $2,000 emergency checks that should arrive soon.

Surprisingly, Dimon said that he’d rather make acquisitions and invest in fresh, homegrown ventures than return tons of cash to investors via buybacks, the main vehicle for rewarding big bank shareholders in recent years. He also wouldn’t be surprised if inflation spikes later next year, a trend that could push interest rates far higher. That Dimon thinks that’s a possibility raised an alarm for this writer on the gigantic buildup in federal debt. The more than $7 trillion in new stimulus spending for 2020, and so far planned for this year, is financed with extremely short-term borrowings. A spike in rates would cause an explosion in interest costs that could spook investors in our Treasuries, seeing yields even higher.

Here are four of the main points made by Dimon and CFO Jennifer Piepszak:

Loan losses are a lot lower than expected

JPMorgan earned $12.1 billion in Q4, its best quarterly result ever. But as Dimon pointed out, that number was inflated by a $1.9 billion boost from overestimating credit costs. Until last year, banks booked credit expenses against income based on the volume of loans that had stopped paying interest and principal. If a credit card holder was delinquent for a few months, the lender automatically wrote off the loan. But a new rule imposed at the start of 2020 called the Current Expected Credit Losses regime, or CECL, radically changed the rules. It required the lenders to make forecasts of all the loans it expected to go bad in the future, whether the borrowers were currently paying or not. That has forced banks such as JPMorgan, Bank of America, and Wells Fargo to make giant additions to their reserves upfront for all the future damage they expect from the COVID crisis.

As Dimon explained in this tongue twister included in the press release, these estimates “now involve multiple, multiyear, hypothetical probability-adjusted scenarios, which may or may not occur and can be expected to introduce quarterly volatility in our reserves.” JPMorgan ended 2019 with loan loss allowances of $14.3 billion. In the first three quarters of 2020, it boosted that backstop by $19.5 billion to $33.8 billion. Almost two-thirds of that increase came in the portfolio raising the loudest alarm, credit cards.

But in Q4, the bank’s number crunchers determined that so many loans they had forecast would get charged off during those three months now looked as if they would be paid in full; the bank was therefore able to lower its reserves and book that gain of $1.9 billion. The clawback came after subtracting the few loans that, during the quarter, the bank newly deemed would eventually go bad.

The consumer remains weak––especially where it counts most, credit cards.

The consumer is crucial to JPMorgan’s future profitability and to clearing the wreckage of COVID. Two-thirds of the reduction in reserves, the gauge of how much better credit looked this quarter than last, flowed from a big improvement in the outlook for businesses. In Main Street lending, the prospects for home loans brightened, but JPMorgan left all of its $17.8 billion in allowances for losses, almost 60% of the total, in place for its consumer portfolio generating the biggest revenue: credit cards.

What’s amazing is that the actual number of credit card loans going bad is lower than in the past few years, a remarkably balmy period when Americans boasted strong payment records. Charge-offs—loans rated as uncollectible—totaled $1.2 billion in Q4 of 2019, and $1.1 billion in Q1 of 2020, when the pandemic was just starting to bite. In the fourth quarter of 2020, that number dropped by around 40% to $757 million. The charge-off rate fell from over 3% to 2.17%.

At the same time Americans are confounding expectations by paying more reliably than ever and also borrowing a lot less. The current scenario poses two challenges for Dimon. First, it’s hard to predict when the consumer will once again feel flush enough to seek the additional credit the banks need to keep profits waxing against a headwind of low rates. And second, whether the surge in card defaults that’s long been predicted once stimulus cash wanes will shape JPMorgan’s future profitability.

Since Q4 of 2019, JPMorgan’s consumer portfolio has shrunk by around 7% to $442 billion. At the same time, rates plunged during the year. The combination of a shrinking book and lower yields on each dollar loaned pushed net income in the consumer and community bank, normally its biggest earner by far, from $16.5 billion to $8.2 billion, a drop of 50%.

On the call, Piepszak stated that consumer and business spirits are headed in opposite directions. “Consumer confidence is still low, and CEO confidence is high,” she said. In fact, Piepszak predicted that families are so hesitant to borrow that even with good growth in corporate lending, JPMorgan’s interest income will remain flat in 2021 at around $55 billion.

How about the looming threat of big credit card losses? Piepszak noted that the bank is so far not seeing the “spike in losses we were all expecting.” She added that “we have to get through the next three to six months.” The bridge to better times provided by stimulus, she said, has been “strong enough” so far to prevent a wave of defaults, but she questioned whether future aid will make the bridge “long enough” to forestall a deluge later this year. Dimon sounded optimistic. He noted that, overall, credit card defaults are much higher for low-income borrowers, and that JPMorgan’s customers are mainly middle-class folks who’ve kept their jobs. “We expect defaults to go up, but not in a big way,” he concluded.

While earnings in the consumer bank dropped by over $8 billion in 2020, the corporate and investment bank made up two-thirds of the difference by lifting its profits 43% to $17.1 billion. JPMorgan benefited from taking a big share of the booming market in IPOs. Its strength in underwriting new offerings helped it rank first in global investment banking fees in Q4. The bank’s equity and bond trading revenues jumped 20% to $5.9 billion; Dimon cited strength in IPOs for that strong performance, presumably because it captured a big share of the heavy early-days trading in the companies where it served as a lead banker.

He also revealed that JPMorgan’s expenses will rise significantly this year, an issue that raised concerns from the analysts on the call. He reckoned that spending will rise to over $68 billion in 2021, 4.4% higher than in 2019 at a time where raising revenues is a heavy lift. Dimon stressed that he’s excited about building newly acquired cxLoyalty’s rewards business, building 400 branches that will extend its reach into 48 states, and notching more acquisitions. Dimon noted that JPMorgan has permission from the Fed to repurchase $4.5 billion shares during Q1. But he also shed new doubt on his attachment to buybacks going forward. In something of a surprise, Dimon stated he’d “much rather” spend that cash on acquisitions and internal investments.

Higher inflation could be in our future.

An analyst asked Dimon for his outlook on inflation. The CEO didn’t hesitate in making the bold call that what most experts are predicting could well be wrong. He observed that central banks have flooded the financial system with $12 trillion in liquidity via quantitative easing. That jump in credit, he said, makes a resurgence in inflation “a possibility” for 2021. Dimon said that price level could start waxing not at 2% but 3% or 4%. He didn’t offer a prediction for what that trend would do to interest rates, but a 1% to 2% rise in the CPI could well lift the 10-year Treasury yield by the same amount, to 3% or so, triple today’s level. Dimon predicted a return to strong growth could be the lever. That’s “not the worst thing in the world,” he added, because higher prices would go arm in arm with a thriving economy that’s swelling people’s paychecks.

Jamie Dimon relishes playing the contrarian. His calls are a primer in weighing the possibility that tomorrow will look a lot different—think about a world of 3% rates—from the world as forecast by the “experts” far from the trenches.

This story was originally featured on Fortune.com