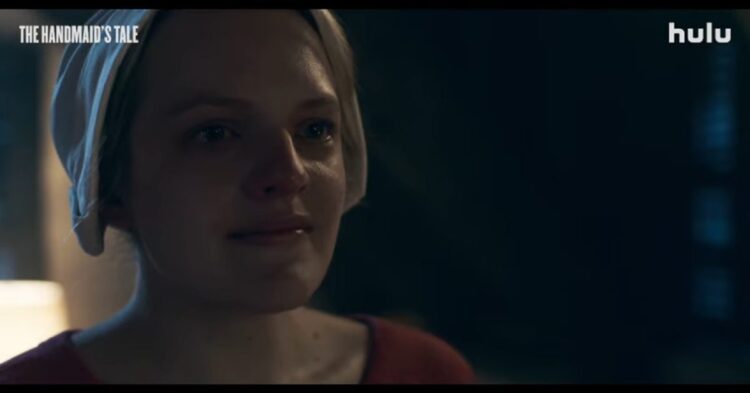 On April 28, the fight for freedom and justice begins when Hulu’s The Handmaid’s Tale premieres its 10-episode fourth season. Taking on the role of rebel leader heading into the series return, June (Elisabeth Moss) is ready to take the fight to Gilead- but the risks she’s taking bring unexpected and dangerous new challenges… and not just for her. Will June’s quest for justice and revenge consume her and destroy her most cherished relationships- or is the final battle for the very heart and soul of freedom finally at hand? On Friday, the streaming service offered viewers a little something to help them get refreshed on the previous three seasons- and help them piece together where they see the series going.

So for a look at June’s time in Gilead and the journey that led her out of it (one that will lead her back there this season), check out the following recap of the first three seasons:

Here’s your look at the official trailer followed by two previous teasers for Hulu’s The Handmaid’s Tale:

When COVID delays began happening last summer, Moss offered some insight into how the production was dealing with the shutdown: “Yes, we have a production call, every week, and we have a producer call, every week. There have been a lot of emails, a lot of Zooms, and a lot of conversations. One of the great things that our line producer has done is basically gone to every single department and talked to them, and picked their brain and tried to figure out what their daily process is, and what they’re looking for, and what they need, in order to feel safe, which I think is a really important part of it. There’s a lot of stuff that’s above my pay grade and above my head, that we’re all reading about in the Hollywood Reporter.”

Moss continued, “But for us, as producers, and for most producers, it’s about, how do you do it and be safe? That’s all. Human life is not worth making a TV show for. Everyone wants to go back to work because we love what we do, and there’s also people that need to support their families and themselves. The producers contributed to a fund for our crew, that is out of our own pockets and has nothing to do with our larger corporation. We put a lot of money into it, and we’ve been keeping our crew going through that and supporting them being out of work. But we’ve gotta do it safely, and we’re just trying to figure that out. It’s all-new territory, and we’re all in the same boat here.”