Home General The Highlight’s best reads of the year

The Highlight’s best reads of the year 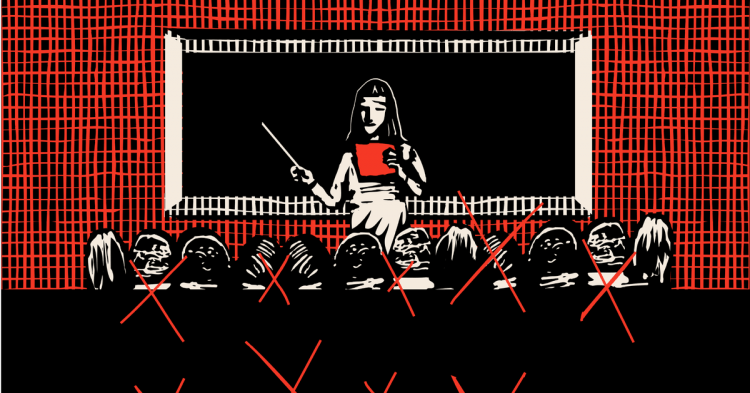 The Highlight was young, not even a year old, when the coronavirus pandemic descended in the spring. If we had been padding along unsteadily, looking for footing like any ambitious toddler, our balance was entirely shaken by the seismic developments of 2020: the lockdowns and masks, the bizarrely mysterious and gravely dangerous virus, a summer of protests and the retaliatory federal response we felt in the rattling of our windows, a democracy and an election so fragile that some sounded alarms of an impending coup.

All these months later, looking over the body of work that writers from Vox and across the country produced for The Highlight amid the year’s fear and uncertainty, one thing is quite clear to me. The pandemic spawned an American existential crisis, a productivity slump, a small-business cataclysm. It provided the kindling for an incendiary — and at times strikingly effective — reckoning with American racism. But as difficult as 2020 was, each collective experience further distilled The Highlight’s mission, revealing new stories worth telling, new questions worth asking, and new narrative escapes worth exploring.

Some of the best pandemic coverage that The Highlight published already feels encased in amber, relics of a time when the nation stood at the precipice of catastrophe — and nonetheless fell victim to its citizens’ instinct to preserve personal liberty above all. Other stories, like that of trans pastor Junia Joplin (who was fired after coming out) or the chronicles of young people of color’s first experiences with police, will echo for years to come.

Below, find some of the best work The Highlight published this year. Because of the pandemic, and not despite it, 2020’s most engrossing tales have a distinct richness. They’re full of mystery, faith, ambition, truth-telling, and self-understanding — precisely why they resonated with readers. I hope you enjoy them, too.

A mysterious outbreak. Hundreds of stricken schoolgirls. Was it an illness, or was something darker to blame?

A trans Christian minister came out in a sermon. Now, she’s bracing for what comes next.

The church has not embraced those like Junia Joplin easily. She only wants to keep her job.

She wanted to ride with men in one of the world’s most dangerous sports. She had a lot more than her competition to be worried about.

Inside FIRE, the implausible millennial movement to save, invest, and quit the American workplace

“Financial Independence Retire Early,” with its emphasis on extreme frugality, grew in popularity after the last financial crisis. But can the movement prepare its followers for the next one?

Turbulent reopenings and partisan mask wars highlighted the nation’s preoccupation with personal liberty above all.

“They didn’t see me as innocent”

Can you remember your first experience with the police? For these nine Black and brown people, the encounters would shape their sense of safety forever.

The end of the American dream

Small businesses were once pillars of communities, but economic and systemic forces left many fighting for survival. Then came the pandemic.

Is this the end of productivity?

Amid the pandemic, workers whose jobs once defined their lives are questioning what it was all for.

Life in between: Nonbinary adults, in portrait

Five people on finding the words — and the strength — to be themselves.

Interviews and photography by Annie Tritt

He was arrested for marijuana 17 years ago. Now it’s legal. So why is he still guilty of a crime?

As the drug hits a cultural tipping point, states face an urgent call to expunge, or erase, minor pot convictions — a move even the Biden-Harris campaign supported. This is one man’s quest to clear his name.

“Wanna hear something super bitchy?” is a kind of love language.

By Alanna Okun and Aude White

The financial case for defunding the police

It’s time to ask why we continue to spend millions of taxpayer dollars on police misconduct lawsuits and billions more on policing that yields poor outcomes.

The German model for America

The long and public reckoning that followed the Holocaust shows a path forward for a United States that desperately needs to confront its racist past.

Lavanya Ramanathan is the editor of The Highlight.