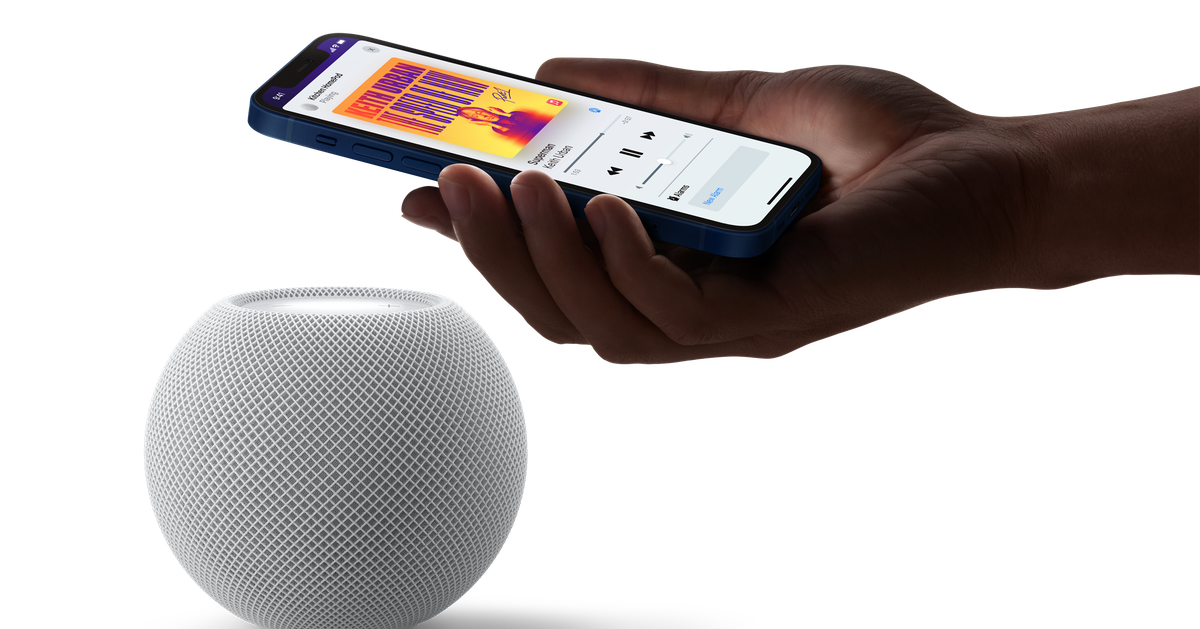 Apple has officially released iOS 14.4 and a matching update for its HomePod mini speaker, adding the long-promised ultra-wideband (UWB) handoff feature that will allow newer iPhones to more seamlessly transfer music, calls, and podcasts between the two devices.

While both the original HomePod and the HomePod mini have supported handing off music for some time, the smaller device features a U1 ultra-wideband chip that promises to make it even easier to transfer content over from an iPhone 12 or iPhone 11 device. The new U1-enhanced functionality also adds additional features, including new visual and haptic feedback. The U1-based system also will give the option to show listening suggestions when you bring your phone close and display media controls on your iPhone without requiring you to unlock it first.

The ultra-wideband handoff feature was originally showcased when the HomePod mini was first announced, but it wasn’t included with the original release. Instead, Apple promised that it would be available later in 2020 (a deadline that the company has slightly missed).

To take advantage of the new update, you’ll need a HomePod mini that’s been updated to the latest software, along with a U1-equipped iPhone 11 or iPhone 12 device that’s running iOS 14.4. The original HomePod isn’t compatible with the new functionality, though, due to its lack of a U1 chip.