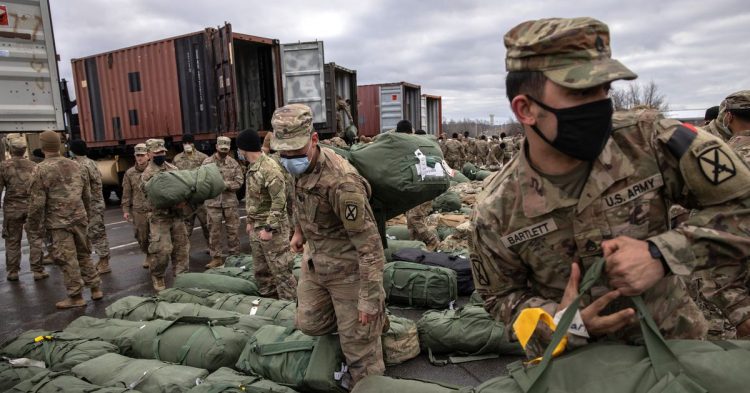 The House voted on Monday to override President Donald Trump’s veto of a sweeping $740 billion defense bill that previously passed in both chambers of Congress with veto-proof majorities.

Though some Republicans sided with the president, the 322-87 vote marked a rare bipartisan rebuke of Trump’s agenda during his final days in office. The House needed 288 votes to override the veto. The Senate is expected to vote on the bill on Tuesday, where a two-thirds majority will also need to support overriding the veto in order to secure pay increases for troops and ensure that training regimens can continue.

Trump had vetoed the bill, which is known as the National Defense Authorization Act (NDAA), on the basis that it did not repeal Section 230, a law that shields private internet companies from liability for what users post on their websites and allows them to take down or restrict content at their discretion. In a public message to Congress last week, he said that the law “facilitates the spread of foreign disinformation online, which is a serious threat to our national security and election integrity.”

But Trump’s targeting of Section 230 appears to be personal in nature: He has recently sparred with Twitter about its decision to place warnings on and restrict engagement with his false tweets about widespread election fraud. The company has also suggested that Trump could get banned from the platform once he is no longer in office.

Trump also took issue with provisions in the bill that require the military to rename facilities named after figures in Confederate history, limit the amount of defense funds that could be used to construct his US-Mexico border wall, and impose additional oversight on the withdrawal of troops from Afghanistan, Germany, and South Korea.

“Unfortunately,” Trump wrote, “the Act fails to include critical national security measures, includes provisions that fail to respect our veterans and our military’s history, and contradicts efforts by my Administration to put America first in our national security and foreign policy actions. It is a ‘gift’ to China and Russia.”

The NDAA, which sets the defense priorities for the nation and distributes resources to US troops, has been passed every year for 59 years without fail. The House had previously passed the bill 335-78 and the Senate had passed it 84-13, both over the two-thirds threshold needed to override a veto.

Trump’s veto of the bill — one of nine over the course of his presidency — pitted members of his own party against each other. Before Monday, Congress had not successfully overridden any of his vetoes.

House Minority Leader Kevin McCarthy, who previously voted for the bill, and members of the conservative House Freedom Caucus had announced their intentions to reject the veto override ahead of Monday’s vote. But others, including Rep. Mac Thornberry, the top Republican on the House Armed Services Committee, signaled that they would override the veto. Though he did not mention Trump directly, Thornberry told his GOP colleagues in a note obtained by Politico that they should ignore “distortions or misrepresentations” of the bill, and distributed fact sheets about the provisions of the bill with which the president took issue.

“Your decision should be based upon the oath we all took, which was to the Constitution rather than any person or organization,” he reportedly said.