Home TechnologyTech News The Kalashnikov CV-1 was meant to kill Tesla and impress Putin — but where is it?

The Kalashnikov CV-1 was meant to kill Tesla and impress Putin — but where is it? 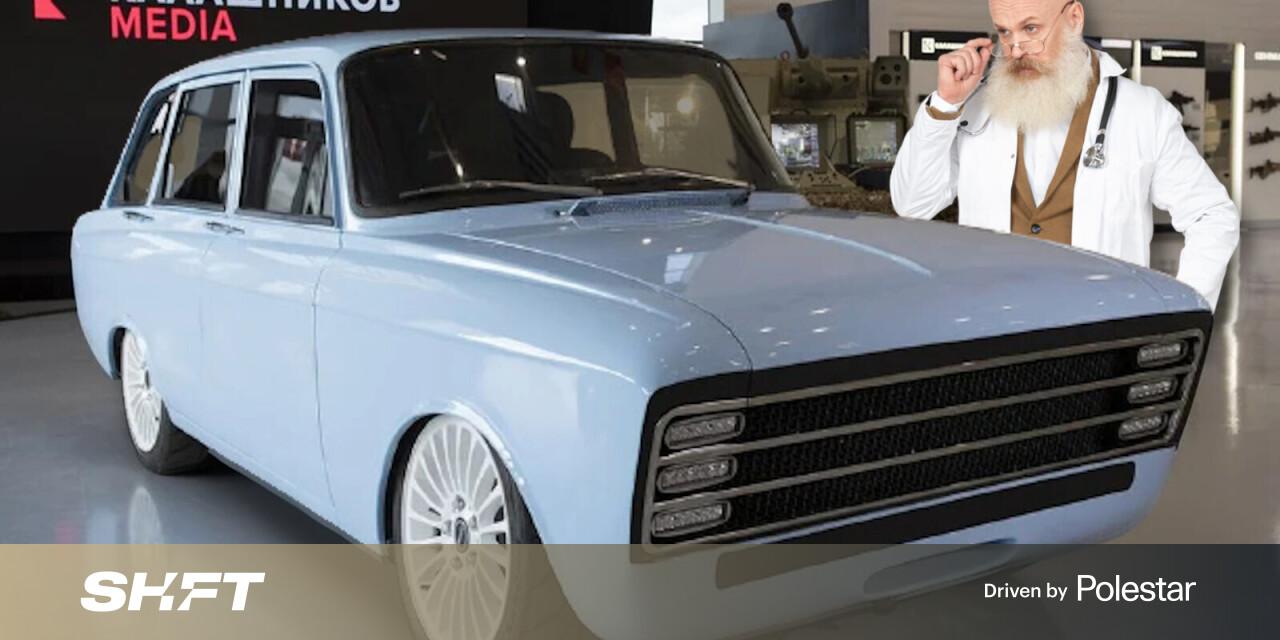 It’s not uncommon in the tech world for new product concepts to never make it to reality. A sizeable number of ideas never even see the light of day and remain the cosseted secrets of boardrooms around the world.

In other cases though, companies are very keen to tell the world before the idea, concept, and prototypes drift off into nothingness and exist only in the annals of history.

Today, I want to rearrange the annals and remind you all about a little forgotten gem from Russia: the CV-1 electric car. Supposedly made by weapons maker, Kalashnikov.

With an economy heavily reliant on oil and gas, Russia and low-emission vehicles don’t go hand in hand. There aren’t many popular brands to have come out of the country, either.

But the CV-1 was moment, a spark of light in Russian history, which made us think that the future might be different and that the country would go on to make a fast and exciting electric car that looked like nothing capitalism could ever produce.

Back in 2018, Kalashnikov no less, the makers of the world-changing AK-47 assault rifle, unveiled its vision for the CV-1. Everyone seemed to prick up their ears and take note.

Countless reports (here, here, here, and here) covered the news of how Russia was going head to head with America once-again, this time not in a stalemate of battle but in the car world.

Even so, detailed stats were sparse. At the time we were promised that it would have a zero to 60 time of under six seconds, and would churn out 680 horsepower thanks to a high-power 90 kWh battery pack. The company also said that it should be able to drive 220 miles on a single charge, which is kinda low by today’s standards. But it’s not surprising given the CV-1 is as aerodynamic as a refrigerator.

Kalashnikov fired off some outlandish statements to go with those fairly tempered performance expectations.  It said the CV-1 would feature a host of “complex systems” that would “let [it] stand in the ranks of global electric car producers such as Tesla.”

Check out the short CNBC video below for some nice moving images of the Kalashnikov, but note, the car doesn’t actually move, and we can’t be sure that it ever could.

As we start to look a little closer, things begin to unravel pretty quickly.

See those super dark, 100% tinted windows that are completely blacked out? That’s not a style choice but, according to some, it was to hide the fact that the car had no interior. To this day, no one has actually seen the interior of this car.

It might not be a practical design for an EV, but one thing’s for sure: the CV-1 looks unbelievable. It’s a perfect blend of 1970s Russian ruggedness with  a modern cyberpunk twist. I love it, and I won’t listen to anyone that says otherwise.

Despite digging, we’ve found nothing more to say about the CV-1. I’ve reached out to journalists that originally covered the story, I’ve contacted a handful of employees at Kalashnikov, and trawled forums, message boards, and conversations online about the CV-1, and no one has any answers.

Ultimately, whether it will go into production remains uncertain. In reality, though, don’t expect that to ever happen.

The most plausible explanation for the CV-1’s existence that I’ve come across can be found in this Reddit thread. In short, it suggests that the CV-1 “concept” was created as part of an event to woo Russian president, Vladimir Putin, and shoot footage for national TV spots that would show how Russian technology is competing on the world stage.

At the time, Kalashnikov also unveiled a quad bike riding cyborg, which was clearly just a metal skeleton on a remote controlled ATV.

As cool as the CV-1 is, as much as I would love for it to be a real thing that we see on the streets of Europe, it seems we’ll have to accept that it’s nothing more than a Russian fugazi.

On the upside though, if you really do want to get your hands on the CV-1, someone made it in the PC game Brick Rigs, available on Steam. So while it doesn’t exist in the real, we still have the virtual.

Paytm will give Rs 50 crore cashback on 6 years of Digital...