Home EntertainmentGossips The Kapil Sharma Show to go off air; Makers to come back with second season: Reports

The Kapil Sharma Show to go off air; Makers to come back with second season: Reports 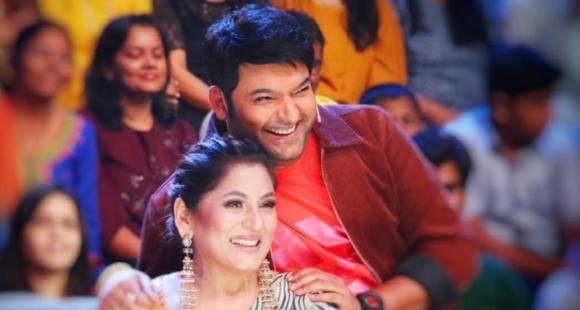 There are reports surfacing that famous The Kapil Sharma Show will soon be going off air as the makers are planning to revamp the show.

The Kapil Sharma Show to go off air; Makers to come back with second season: Reports

The popular comedy The Kapil Sharma Show has been entertaining fans from a long time. But now there is bad news for its fans as there are reports coming in that the comedy show will soon be going off air. Yes, you read it right. The show starring Kapil Sharma, Bharti Singh, Kiku Sharda, Krushna Abhishek together will no longer get telecast. The news has left fans disheartened. However, an official confirmation from the makers of the show is yet to come.

As per a report by Telly Chakkar, the makers are planning to revamp the show and return back with the second season. The show invites Bollywood celebrities on the show and made the audience laugh with his humour. The show has a huge fan following because of its content which always manages to entertain its audience. It is to be noted here that a few days back, Kapil Sharma had made an announcement that he is soon going to make a digital debut on Netflix. He shared a video on his Instagram handle.

Sharing the video on his Instagram handle, Kapil said, “This is the auspicious news. Don’t believe rumours guys, only believe me, I’m coming to @netflix_in . Soon!”

Don’t believe the rumours guys, only believe me. I’m coming on @NetflixIndia soon this is the auspicious news pic.twitter.com/wkdJgOXfrx

Kapil Sharma also released an official statement, “I am super excited for my first-ever association with Netflix. 2020 has been a bumpy ride for everyone around the world and my motive is to make people forget their worries and welcome this new year with love, laughter and positivity. I always wanted to be on Netflix but I didn’t have their number (hahaha). It’s a project close to my heart and I cannot wait to share more details with my fans soon.”