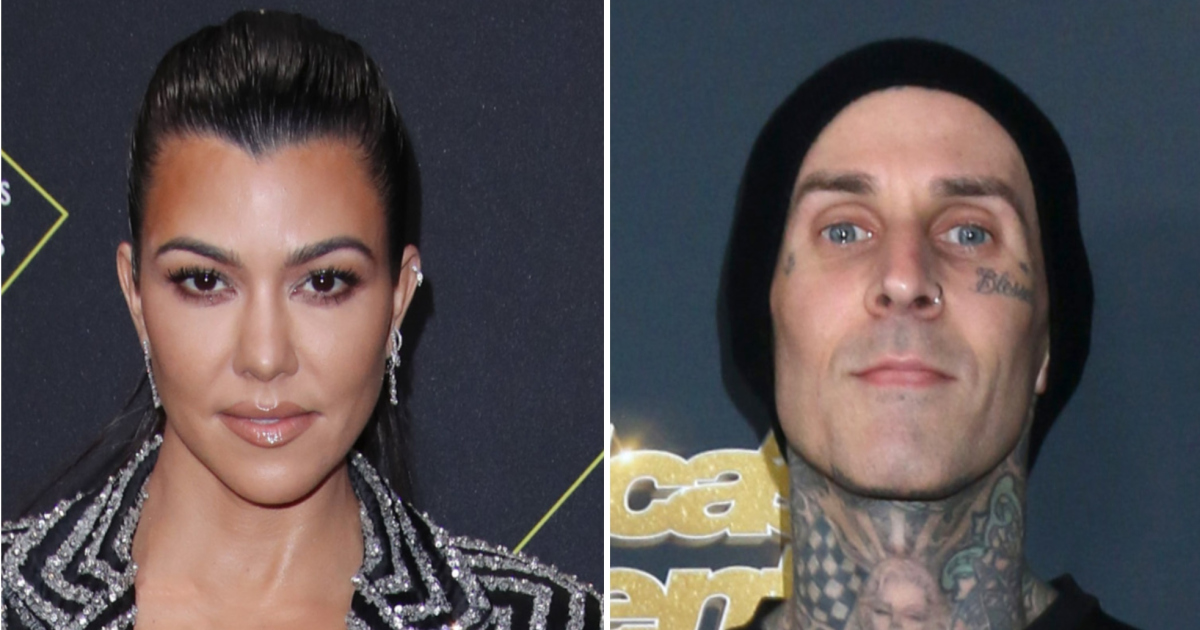 Stepdad material? Kourtney Kardashian‘s new flame, Travis Barker, is “amazing” with her kids, Mason, Penelope and Reign, whom she shares with ex Scott Disick, a source told Life & Style. “Travis knows the Kardashians and they’ve welcomed him into the family.”

According to the insider, Kourtney’s loved ones “are glad to see her happy again.” The Blink-182 drummer, 45, is “a much better fit” for the Poosh.com founder, 41, than her former flame. “He’s more age-appropriate and mature than Scott, and treats her with respect, so it works well.”

Travis and Kourtney, who happen to be longtime neighbors, have been “pals for years,” added the source. “They’ve moved out of the ‘friend-zone’ and are dating. The chemistry between them was there, so it seemed like a natural transition.”

The famed musician, who has two children of his own — Alabama Barker and Landon Asher Barker — whom he shares with ex-wife Shanna Moakler, “always found Kourtney super sexy, so he’s over the moon to be in a relationship with her,” the insider noted. For the KUWTK star’s part, she finds her connection with Travis to be “easy” with “no game playing or anything like that.”

Prior to hooking up with the songwriter, it seemed like Kourtney and Scott, 37, were going to give their relationship another chance. The E! personalities dated on-and-off for nine years before ultimately calling it quits. While Keeping Up With the Kardashians fans continue to root for their love story, the successful coparents haven’t been romantically involved since 2015, at least not publicly.

“Even though Scott has moved on, he can’t help feeling slightly jealous” of Kourtney’s blossoming relationship, the source said. “He’s very protective over her, but ultimately, wants to see her happy.”

In August 2020, the Talentless founder and his girlfriend of nearly three years, Sofia Richie, ended their rollercoaster romance. After being spotted out and about in Los Angeles with a string of young models, Scott and Lisa Rinna‘s 19-year-old daughter, Amelia Gray Hamlin, seemingly became an official couple by the turn of the new year.

Thankfully, the Kardashian-Jenners “really like the two of them together and think Amelia is a great influence on Scott,” a separate insider told Us Weekly in early January. “Scott and Amelia are in a really good place. They have a lot of love and respect for each other, and it shows.”