Home General The Latest: Biden To Campaign In Georgia For Senate Runoffs

The Latest: Biden To Campaign In Georgia For Senate Runoffs 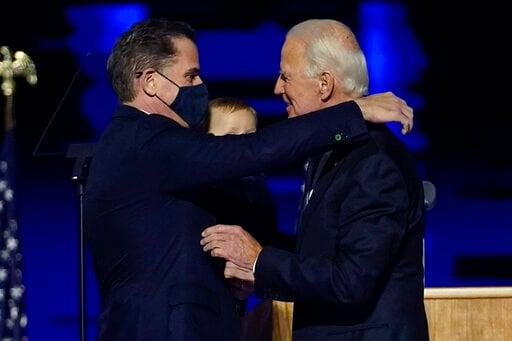 WASHINGTON: The Latest on President-elect Joe Biden (all times local):

President-elect Joe Biden is heading to Georgia to campaign for the Democratic candidates in the state’s two critical U.S. Senate runoffs.

Biden says he’ll travel to Atlanta on Tuesday to support Jon Ossoff, the Rev. Raphael Warnock and the Democratic ticket in the Jan. 5 runoffs, which will determine which party controls the Senate at the outset of his presidency.

Republicans need one seat for a Senate majority. Democrats need both to make Vice President-elect Kamala Harris the tie-breaking vote.

President Donald Trump used a weekend rally in Valdosta, Georgia, to push supporters to turn out for Perdue and Loeffler.

Georgia has long been a Republican stronghold but may be on the road to swing state status, particularly after Biden became the first Democratic presidential candidate since Bill Clinton in 1992 to carry the state.

HERE’S WHAT YOU NEED TO KNOW ABOUT PRESIDENT-ELECT JOE BIDEN’S TRANSITION TO THE WHITE HOUSE:

President-elect Joe Biden is set to nominate Katherine Tai to be the top U.S. trade envoy, according to two people familiar with his plans.

Despite Trumps venting and threats, Bidens win is sealed