Home EntertainmentHollywood ‘The Masked Singer’ Reveals the Identity of the Yeti and Cluedle-Doo: Here Are the Stars Under the Masks

‘The Masked Singer’ Reveals the Identity of the Yeti and Cluedle-Doo: Here Are the Stars Under the Masks 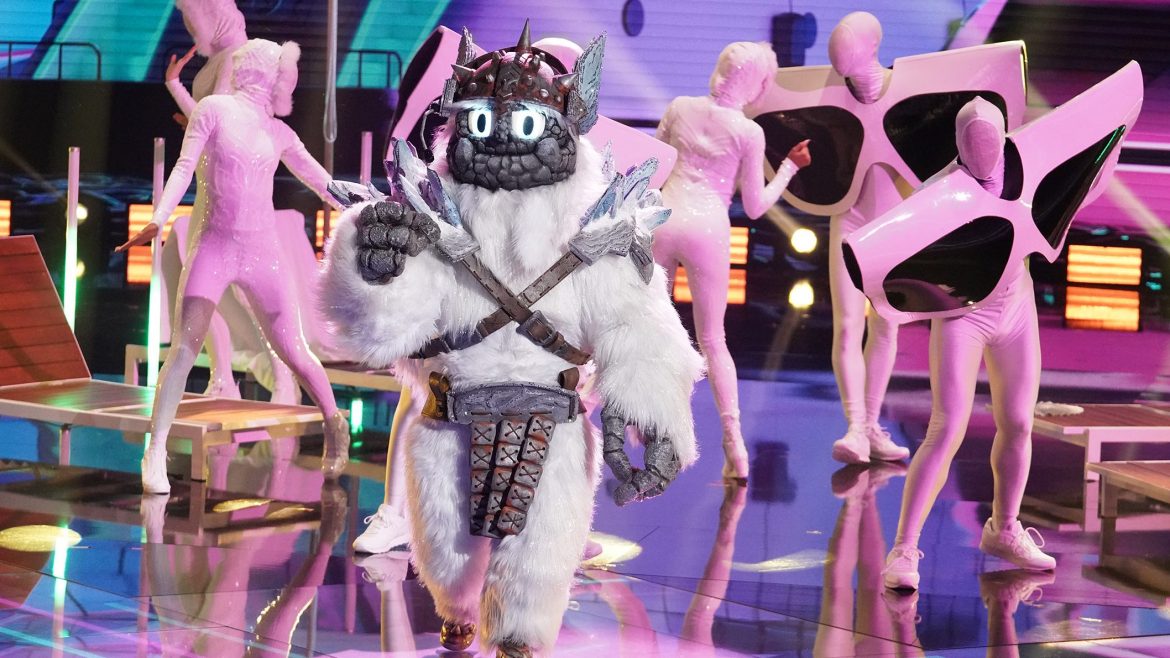 SPOILER ALERT: Do not read ahead if you have not watched Season 5, Episode 12 of “The Masked Singer,” which aired May 19 on Fox.

In the end, perhaps it was Omarion’s previous career as a professional rollerblader that gave him away. Omarion was the latest celebrity to be revealed on “The Masked Singer,” during Wednesday night’s semifinals episode. (Scroll down to watch his unmasking.)

Omarion was the Yeti, whose skill rollerblading on stage while singing under a heavy costume had impressed the show’s panelists.

“I was able to reveal my hidden talent, which is rollerblading,” the singer told Variety. “A lot of people don’t know, early on before I was a musician, I was a professional rollerblader… I really attribute that aspect in my life to being a fearless kid. I was on the 12 foot halfpipe. So it was really cool to show my music and my hidden talent at the same time. It was a game changer, no one had ever performed with rollerblades on ‘The Masked Singer.’”

Omarion was surprised at how quickly Thicke figured out it was him: “From the start! I was really surprised because there has really been only one interaction that him and myself have had,” he said. “I was surprised he recognized my energy signature like that, especially having that suit on. I was like, dang, Robin got me already!”

Omarion performed “Celebration” by Kool and the Gang for his final song; before that, he sang “If It Isn’t Love,” by New Edition; “Lonely,” by Justin Bieber and Benny Blanco; “It Takes Two,” by Rob Base & DJ EZ Rock; and “Bless the Broken Road,” by Rascal Flatts.

“It’s exciting and nerve wracking at the same time,” Omarion said of the experience. “I will say, my favorite song to sing was ‘Lonely’ by Justin Bieber. It was the most current song that I performed.”

Omarion said he first became aware of the show because of his mother and aunt: “They’re avid TV watchers of all these amazing shows and I was called when T-Pain [Season 1],” he said. “And then my good friend Bow Wow, I watched him on the show. I was thinking to myself, if the opportunity ever arises, would I do it? And I’m like, of course. I was looking at it as a challenge. I’m still looking for growth. I’m usually the game for all challenges.”

Omarion said he was drawn to the Yeti costume, although it came with some challenges. “If you want America to fall in love with you, you gotta be adorable,” he said. “But when I first saw the costume, I was like, I’m not sure. I put the costume on, it was really restrictive. And it was the heaviest suit on the show, at 60 pounds.”

But Omarion began doing research on the Yeti, and he felt a kinship with it: “The Yeti doesn’t come out and there’s only a few people that have seen the Yeti,” he said. “Early on in my career, being influenced by the artists of that time, mystique was very important. Unlike now, where you can just go to social media and found out what somebody was eating yesterday. So the Yeti kind of has this mystique about him. You don’t know too much about him. I felt connected with that.”

Also, he noted that one of his hit songs is “Ice Box.” “The Yeti coming out of the snow, ‘Ice Box,’ I was like, OK this is clever. I was pretty happy that my character and my personality align with the Yeti.”

Next up, Omarion performs the lead track of CNN’s upcoming documentary “Dreamland: The Rise and Fall of Black Wall Street,” from LeBron James’ SpringHill, which airs May 31. The song, “We Will Never Forget,” also features Lalah Hathaway and Kierra Sheard. Also on the way is a new album, “Full Circle,” as well as a book with the same title. And he’ll return to touring with Bow Wow and Soulja Boy in October.

Also in the episode: unmasked was celebrity trickster “Cluedle-Doo,” who had been offering additional hints about each contestant. It turned out to be Donnie Wahlberg, panelist Jenny McCarthy Wahlberg’s husband.

For the semi-finals, Cluedle-Doo came out and performed “Return of the Mack,” by Mack Morrison. Jeong guessed it was Kevin James, which Rucker agreed with. Thicke and Scherzinger went with Jamie Foxx, while McCarthy Wahlberg named Akon. Wait, what? Was she playing along, or did she really not know her husband’s voice?

The show’s panelists are also once competing for a “Golden Ear” trophy based on their first impressions of each masked performer (which McCarthy won last time). Jeong and McCarthy Wahlberg each had two points heading into this episode.

Here are the remaining contestants and what they performed on Wednesday’s episode, “Semifinals”:

Here is the video of Yeti’s unmasking: