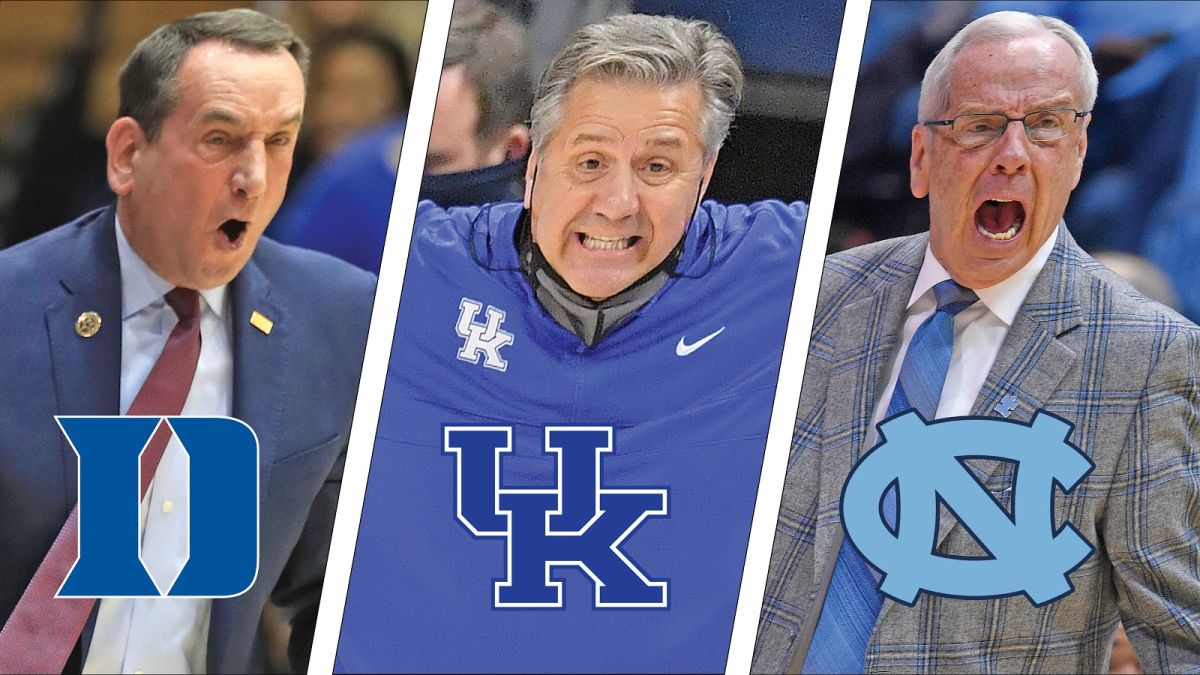 As we approach March, it’s becoming quite clear that casual fans who only pay attention to the sport when it’s time to fill out their annual brackets are starting to get a little confused as the landscape of college basketball looks unfamiliar this season. As of Thursday, the combined records of Duke, North Carolina, and Kentucky are 22-20.

Zion Williamson, Anthony Davis, and Coby White aren’t walking through that door, as this is the first time all three programs have been unranked since 1961.

“Well, it’s youth,” said college basketball analyst Jay Bilas on a recent episode of SportsCenter. “And coaches always tell you that youth matures at different rates. You don’t know what you’re going to get with young players. And Kentucky, North Carolina, and Duke have a bunch of young players that aren’t as mature as some of the ones they’ve had before and, frankly, aren’t as quite as ready to take over as they’ve been.

“So all these teams are going to get better throughout the course of the year, but they’re not going to be as good as they were in 2015 or 2017 — in years like that (when Duke and North Carolina won respective national championships. We’re just going to have to get used to that, but they’re all continuing to improve.”

Oh, and if Kansas fans are enjoying watching the other bluebloods of the sport suffer, they shouldn’t. The Jayhawks are currently ranked No. 15 and are sporting a 10-5 record as they head into Thursday night’s matchup with TCU. Their starting lineup consists of a senior, two juniors, a sophomore, and one freshman, which means they don’t have the luxury of using youth as an excuse like Duke, UNC, and Kentucky.

But outside of casual fans not knowing who to pick in their brackets as the usual suspects have a great chance of not making the tournament this season, the oddity of this season could also cause some huge financial setbacks. After canceling last year’s NCAA Tournament, it was recently revealed that the move cost the NCAA $600 million in lost revenue and more than $800 million if tickets are included. In 2019, the NCAA made most of its $1.12 billion revenue from the men’s tournament.

That was the last time we had an NCAA Tournament, and it was highlighted by a Duke team that featured three top-10 draft picks in Williamson, R.J. Barrett, and Cam Reddish. When the bluebloods are good they bring in eyeballs and the money, and there’s evidence that proves it. According to SportsMediaWatch, The Blue Devils have never dipped below 28 million viewers in their nine national championship game appearances under Coach K. Duke has played in four (1999, 2001, 2010, 2015) of the most-watched national title games, and the only matchup with similar numbers was the 2005 national title game that featured UNC. And when it comes to Kentucky, they’ve made it to the Sweet Sixteen eight times and advanced to four Final Fours since 2010.

Besides being good for ratings and business, the bluebloods also fill a void as they’re the teams most people want to see get upset early, while also serving as the reason why so many fans tune into the Final Four.

It’s truly the definition of a necessary evil. This means that if you’re a person that likes to play devil’s advocate, you better hope that the teams that most fans love to hate, start winning, and soon.