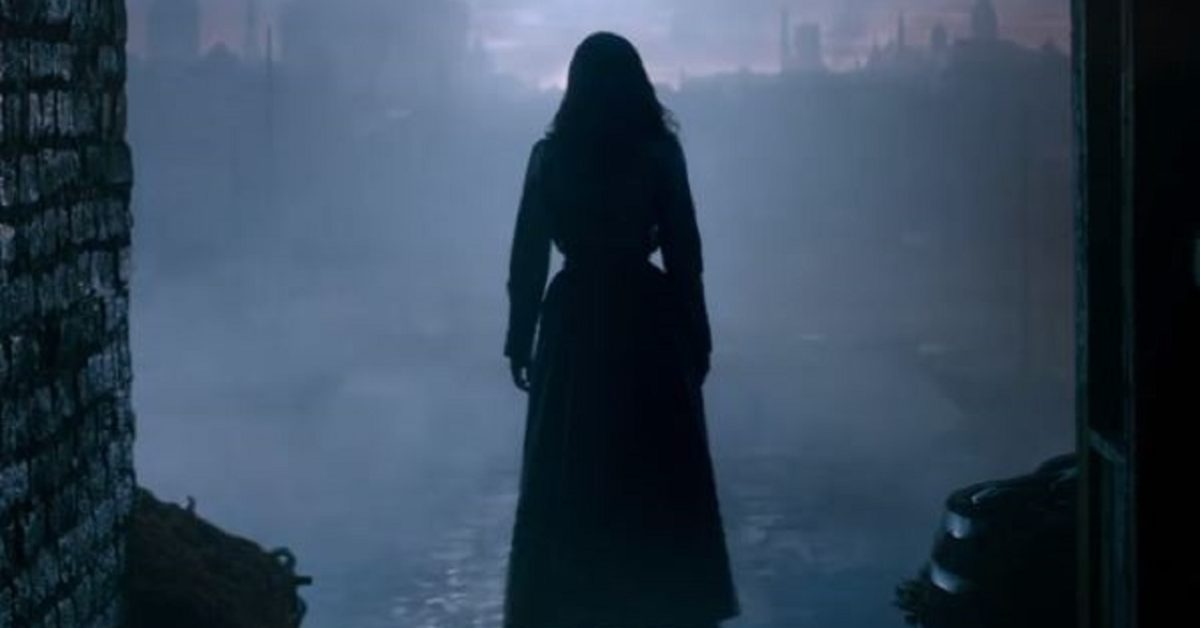 After a long and bumpy road, HBO and new series showrunner Philippa Goslett‘s (Little Ashes, Mary Magdalene) sci-fi, fantasy, action/drama The Nevers will finally see the light of (Victorian) day on April 11. To get viewers properly acquainted with the who’s who, the cable network is rolling out mini-teasers profiling some of the main players. Yesterday, we were introduced to Rochelle Neil‘s (Death in Paradise) Annie Carbey aka Bonfire. This time around, we get a haunting look at Laura Donnelly‘s (Outlander) Amalia True.

Donnelly’s Amalia True is considered by many the most reckless, impulsive, emotionally damaged hero of her time. A menace to stuffy Victorian society, she would die for the cause and kill for a drink (but we’re not sure it’s always in that order):

A Look at the Cast for HBO’s The Nevers

In the last years of Victoria’s reign, London is beset by the “Touched”: people – mostly women – who suddenly manifest abnormal abilities – some charming, some very disturbing. Among them are Amalia True (Laura Donnelly), a mysterious, quick-fisted widow, and Penance Adair (Ann Skelly), a brilliant young inventor. They are the champions of this new underclass, making a home for the Touched, while fighting the forces of… well, pretty much all the forces – to make room for those whom history as we know it has no place.

Williams’ Lavinia Bidlow is a wealthy spinster and champion of the “Touched” who funds the Orphanage (where Amalia and many of the Touched live) through her vast family fortune. She is stern and old-fashioned, but as strong-willed and clever as anyone she confronts. Norton’s Hugo Swan is a pansexual posh boy whose charm has about five years left on its lease. He runs a secret club and a side trade in blackmail. He’s devoted to fulfilling everyone’s worst impression of him – and fascinated by the Touched.

Riley’s Augustus “Augie” Bidlow is a sweet, disarming nerd and Lavinia’s younger brother. A keen ornithologist, Augie is happy to let his older sister take the reins of the family fortune. He finds the Touched unnerving but is drawn to them by his increasing infatuation with Miss Adair, and by the schemes of his nefarious best friend, Hugo. Skelly’s Penance Adair is Amalia’s (Donnelly) dearest friend, and one of the first women to join her cause. A devout – yet heretically progressive – Irish girl, Penance has a genius for invention. She is delighted by her power, and her default is love and acceptance. But she’s firm in her moral sense and will be guided by what’s right over what’s expedient every time.

Chaplin’s Detective Frank Mundi is big, gruff, and deeply moral. He trusts no one, least of all himself: his reputation for sudden violence (and excessive drink) is not unwarranted. Frank finds himself caught between the powerful, who ignore the laws of the land, and the newly empowered, who ignore the laws of physics. Torrens’ Lord Massen is staunch, unflappable, and merciless in his defense of the British Empire A former General and now Peer, Massen may be the only man who sees clearly what havoc these few strange people can wreak upon the established order. Which he will protect – one way or another.

Momoh’s Doctor Horatio Cousens is one of the few successful West Indian physicians in London. Married with a young son, Horatio’s fortunes took a dark turn when he met Amalia and discovered his own ability. Now he works with her, and with the Beggar King, those who don’t care who is or isn’t “different.” Manson’s Maladie was committed by her husband (and is genuinely unstable), warped by a power she can’t understand, and tortured by doctors intent on finding its source. She now lives underground, runs a gang, and is on an infamous murder spree. She affects a theatrical parody of a bedlam waif, but mad as she is, she’s a woman with a purpose.

Frost’s Declan Orrun aka The Beggar King is charismatic and brutal. Declan runs – or has a piece of – most of the low-level criminal activity in the city. He’s perfectly happy to help Amalia and her cause – and equally happy to sell them out. He backs winners, and the Touched are long odds. Neil’s Annie Carbey aka Bonfire is a career criminal who landed the ability to control fire and is happy to hire it out. Came up rough, stayed that way, but she’s neither impulsive nor cruel – just looking out for herself. No matter who she works with or for, Annie trusts only Annie, and the fire.

Tomlinson’s Mary Brighton is gentle but surprisingly resilient, pursuing her dream of singing on stage. A disappointing career and a broken engagement haven’t diminished her spirit. She’s going to be great. She’s going to be very surprised by how. O’Hare’s Dr. Edmund Hague is a  gifted American surgeon who uses his skills in the coldest, most brutal way possible. But it’s all in the name of “progress”. Siwar’s Harriet Kaur is a young Scottish Sikh who lives with the Orphans but is accepted by both her family and her betrothed. She’s determined to live her life as she planned, despite its increasing weirdness.

Berrington’s Lucy Best is a dirt-poor and streetwise woman who has given up thieving to live with the Orphans. Her wit and high spirits mask a tragic past. Smith’s Desiree Blodgett is a prostitute whose power makes men tell her everything on their minds. What she’s heard may get her killed, even though she doesn’t listen to most of it. She’s devoted to her 6-year-old son, who never speaks. Prettejohn’s Myrtle Haplisch is a middle-class girl rescued from a family who can’t understand her — literally, as she no longer can speak — and is thrilled to be at the Orphanage. Devlin’s Primrose Chattaway wants to be an ordinary, proper 16-year-old girl — which is difficult, as she stands 10 feet tall. Ford recurs as Nicolas Perbal, aka Odium, the quintessential henchman who will do anything for anybody’s money.

Report: The Pixel Buds A could be Google’s next true wireless earbuds