Home General The number of people with the virus who died in the U.S. passes 300,000. 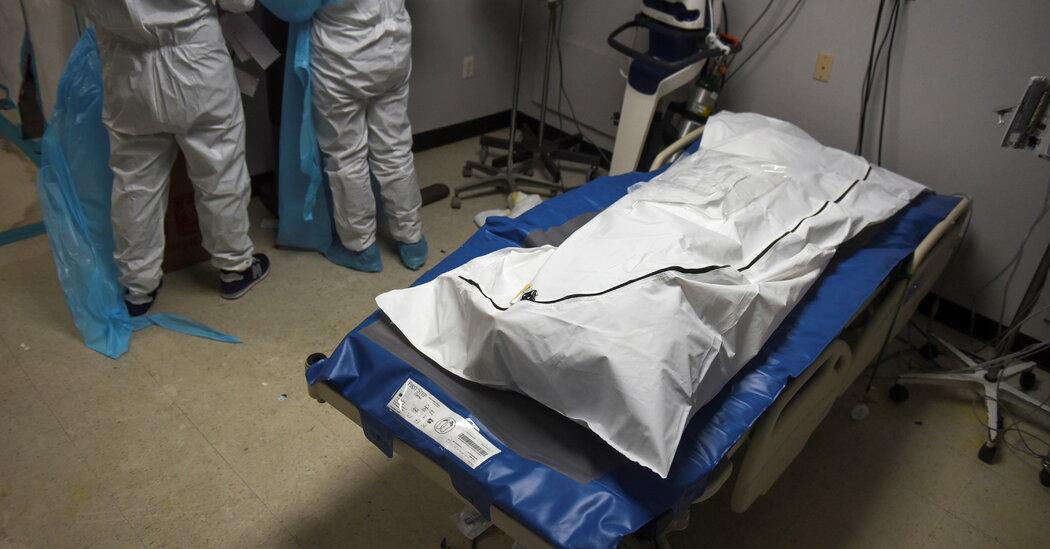 The number of people with the coronavirus in the United States who have died passed 300,000 on Monday, another wrenching record that comes less than four weeks after the nation’s virus deaths reached a quarter-million.

Covid-19 surpassed heart disease as the leading cause of death in the United States, the Centers for Disease Control and Prevention director Robert Redfield said in public remarks last week, referring to a breakdown of deaths for a week in early December. Almost the same number of Americans are being lost to the disease each day as were killed in the Sept. 11 terror attacks or the attack on Pearl Harbor.

The surge in deaths reflects how much faster Americans have spread the virus to one another since late September, when the number of cases identified daily had fallen to below 40,000. A range of factors — including financial pressure to return to workplaces, the politicization of mask-wearing and a collective surrender to the desire for social contact — has since driven new cases to more than 200,000 per day. Preventable deaths on a staggering scale, many experts said, were sure to follow.

“There’s no need for that many to have died,” said David Hayes-Bautista, a professor of medicine at the University of California, Los Angeles. “We chose, as a country, to take our foot off the gas pedal. We chose to, and that’s the tragedy.’’

Three hundred thousand is more than the number of Americans who died fighting in World War II. It is roughly half the number of total cancer deaths expected this year. It is the population of Pittsburgh.

But the worst is yet to come.

“I am floored at how much worse it is than what I expected,” said Ashish Jha, the dean of Brown University’s School of Public Health.

The Food and Drug Administration’s approval of a highly effective vaccine last week offers a new tool to slow — or even stop — the virus’s onslaught if it becomes widely distributed early next year. But “the people who are going to die in late December and early January will already have been infected by then,” Dr. Jha said. “It’s going to be very hard to avoid hitting 400,000 within a month after hitting 300,000.”

The proportion of Americans who die roughly 22 days after being diagnosed with the coronavirus has remained at about 1.7 percent since May, Trevor Bedford, a genomic epidemiologist at the Fred Hutchison Cancer Research Center in Seattle, noted recently on Twitter. As a result, about three weeks worth of future deaths are “essentially ‘baked into’ currently reported cases,” Dr. Bedford wrote.

Since the number of reported cases has approached an average of 200,000 per day over the last 22 days, an average of more than 3,000 deaths are likely to occur daily for the next 22, according to Dr. Bedford’s back-of-the-envelope calculation.

Many of the 300,000 who died from Covid-19 had an underlying health condition, like diabetes, hypertension or obesity. A large fraction were residents of long-term care facilities. About a third were over the age of 85.

But it is wrong to conclude that these were deaths that would have happened anyway, epidemiologists said. Nationwide, deaths have been almost 20 percent higher than normal since mid-March, when the World Health Organization declared the coronavirus outbreak a pandemic.

Will the coronavirus death toll exceed 400,000? Much will depend on whether a majority of Americans chooses to take the vaccine, experts said. Nicholas Reich, a biostatistician at the University of Massachusetts who has been assembling statistical projections of Covid-19 deaths from researchers around the country, said many of the models have performed poorly during the recent climb in cases, in part because human behavior was so variable.

“Actions taken collectively can really change the course of what is happening,” Dr. Reich said. “One reason this is hard to predict is to some extent the power is in our hands.”