The official leading Operation Warp Speed pins the blame for vaccine shortfalls on an administrative error. 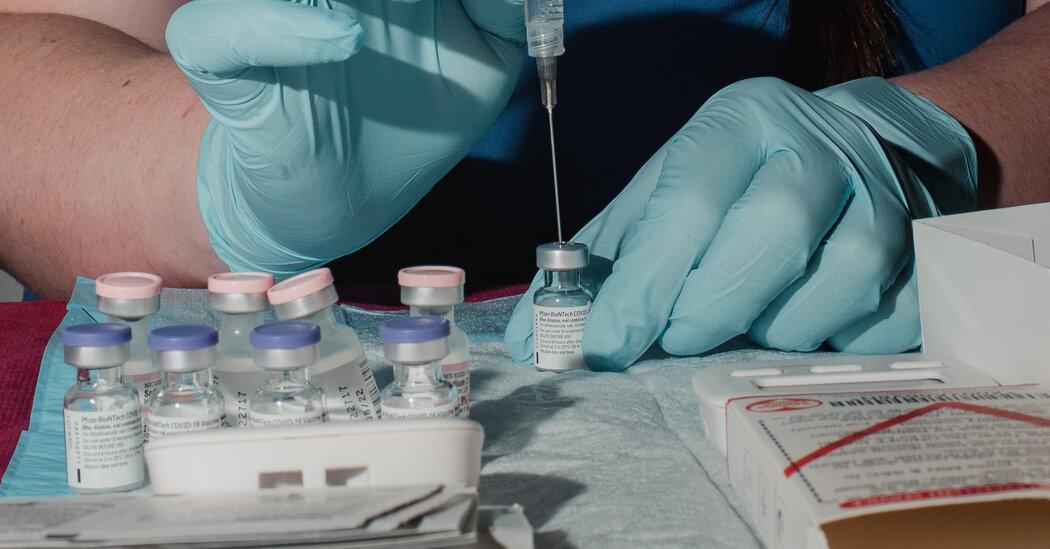 After days of confusion about the uneven pace of vaccine distribution in the United States, a top official involved in the effort said on Sunday said that an administrative snafu was responsible for states being unable to order the number of doses promised to them for the coming week.

At least 14 states complained this week that they had access to far fewer doses than expected, and that the shortage disrupted their plans to distribute the vaccines from Moderna and Pfizer, which have received emergency approval from the Food and Drug Administration.

On Sunday, Dr. Moncef Slaoui, the scientific adviser for Operation Warp Speed, the Trump administration’s effort to get coronavirus vaccines to Americans, explained the problems as an administrative holdup, saying that the initial distribution plan had neglected to take into account last-minute F.D.A. requirements.

“We all made the error or mistake of assuming the vaccine that’s actually produced and being released is already available for shipment, when in fact there’s a two-day’s lag between the time at which we generate a lot of data that shows this vaccine vial is actually safe and right, and the time we can ship it,” Dr. Slaoui said on CNN’s “State of the Union.”

His comments clarified an apology made on Saturday by Gen. Gustave F. Perna, the chief operating officer of Operation Warp Speed, who claimed responsibility for the issues, citing uncertainties about the numbers of doses manufacturers were prepared to ship and coordination with the F.D.A.

The F.D.A. must receive “certain documentations” after approval and before the drugs can be shipped, Dr. Slaoui said, “and that has resulted in differences between what was in the plan and what was actually done.”

He said the mistake had been corrected, and that on Monday the government would ship 5.9 million doses of the Moderna vaccine and another 2 million of the Pfizer vaccine.

State officials and governors expressed frustration in recent days after learning they could access only a portion of what they had been promised — 40 percent less, in the case of California. Dr. Slaoui and Dr. Scott Gottlieb, the former F.D.A. commissioner and a board member of Pfizer, said that there were no problems with the vaccines themselves or the supply.

On MSNBC on Sunday, Gov. Gretchen Whitmer, Democrat of Michigan, who had been vocal about the miscommunications last week, said she appreciated General Perna’s apologies.

“We’re ready for a lot more vaccines,” she said. “What I need is consistent, reliable information so that we can live up to the promise of getting as many vaccines into peoples’ arms as quickly as possible and save lives.”