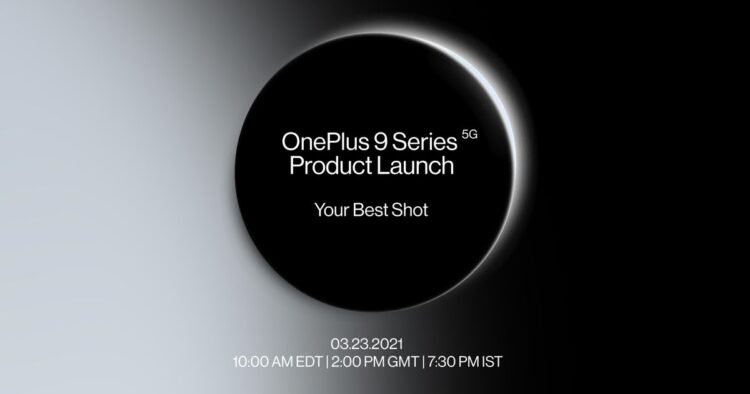 Over the past week, Chinese phone-maker OnePlus planted the hype seeds for its upcoming OnePlus 9 series, which will be announced at an event on March 23 at 7 a.m. PT. Last week, OnePlus sent members of the media a phone box filled with space ice cream and a photo of the Earth taken on the moon with a Hasselblad camera modded for Apollo mission astronauts. All the hype pointed to the official announcement on Monday of a new partnership between OnePlus and legendary Scandinavian camera maker Hasselblad.

“By partnering with OnePlus, we hope to put Hasselblad’s iconic design and outstanding image quality in the hands of more people and share our passion for incredible photography,” said Jon Diele, vice president at Hasselblad.

The partnership comes along with a promise by OnePlus to spend $150 million dollars over three years to improve the cameras on its phones. Previous OnePlus phone cameras have largely been good for photography, but still a step behind phones from Google, Apple, Huawei and Samsung in that area.

Read more: Can the OnePlus 8’s camera live up to the iPhone 11 Pro’s?

In 2016, Hasselblad partnered with Motorola to release the Hasselblad True Zoom Moto Mod, which could attach to Moto Z phones and give them a 10x zoom lens. Sadly, the attachment didn’t yield photos any better than the ones that came from the native cameras on the Moto Z3. On paper, the partnership between OnePlus and Hasselblad is similar to the one Huawei and Leica have had for years.

OnePlus and Hasselblad worked on color calibration and tuning to produce more natural-looking photos with a process branded as “Natural Color Calibration with Hasselblad.” There will also be a new Hasselblad Pro Mode that uses Hasselblad’s camera sensor calibration along with a newly designed camera app interface. Like the Samsung Galaxy S21 Ultra, the OnePlus 9 will be able to capture 12-bit raw photos.

And the improvements don’t stop at photos: What’s called The Hasselblad Camera for Mobile will have improved HDR video capture, support for recording 4K video at 120 frames per second (like last year’s Sony Xperia 5 II) and 8K video at 30fps (like last year’s Xiaomi Mi 10).

OnePlus 8T shimmers in ‘Aquamarine Green’ and a 120Hz display

The two companies are looking ahead to future OnePlus models that might have a 140-degree field-of-view panoramic camera or a selfie camera with fast autofocus.

Determining the extent of how this partnership between the two companies affects the photos and videos captured with the OnePlus 9 will largely have to wait until the phones get into the hands of reviewers and customers. That said, the potential is far more exciting than dehydrated space ice cream.