The pandemic is forcing older workers to retire early 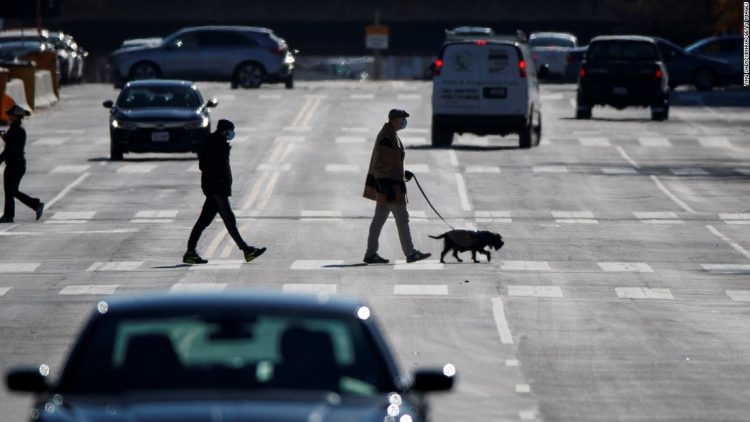 “Young workers’ participation in the labor force has nearly fully recovered — likely reflecting both lower health risks from the virus and a decline in college enrollment — while the participation of older workers and women has recovered more slowly,” wrote Joseph Briggs, economist at Goldman Sachs (GS), in a note to clients earlier this month.
In November, the labor force participation rate stood at 61.5%, according to the Bureau of Labor Statistics. That’s 1.9 percentage points below the February rate before the economy ground to a halt.

Briggs estimates that there were some 830,000 “excess retirees” in October, representing about a quarter of the difference between the pre-pandemic workforce and the current workforce.

“We are not ready, financially or mentally, to retire,” said Rachel E. from Virginia, who asked that her last name be omitted to protect her’s and her husband’s privacy.

The 66 year-old former government contractor was furloughed in April.

Returning to work is a daunting prospect because of the health risks for workers of advanced ages. Employers are also hesitant to hire older workers who could be more susceptible to getting the virus, Rachel said.

Once workers retire, they’re not very likely to return to the job. These forced retirees would fall into the category of permanent job losses, something economists have worried about since the pandemic began.

Permanent unemployment is a drag on economic growth, particularly in a consumer-spending driven economy like the United States.

The Census Pulse Households Survey, meanwhile, shows that more workers applied for early Social Security benefits this year because of the pandemic, according to Briggs.

Over time, the early retirement trend should unwind, Briggs said, with the increased number of retirees eventually offset by fewer retirees in the years ahead.

But that’s of little consolation for those who have been forced to leave their careers behind due to the pandemic.