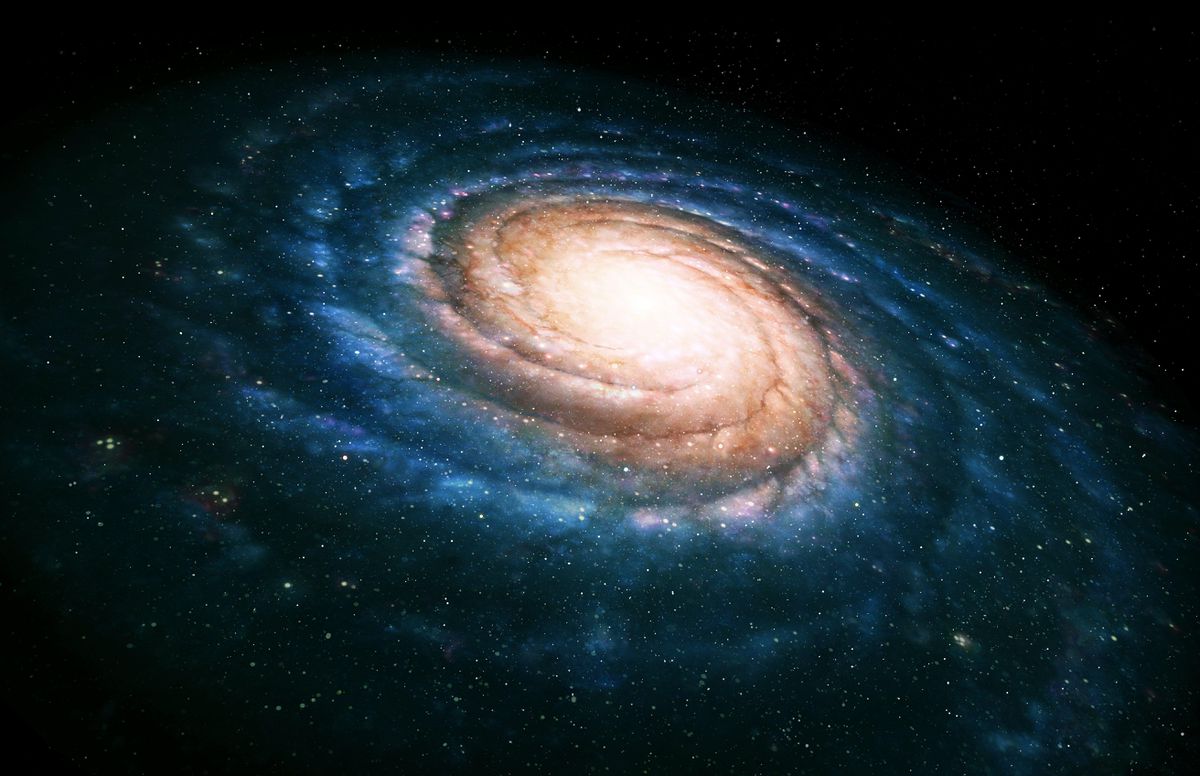 A physics paper released in November 2020 explores a proposed answer to the question of potentially cosmic import. Large amounts of antimatter are expected to be the found in the cosmos, and we’ve found none. This paper talks about one possible location. As we will see, the proposal is probably incorrect. But the question of the missing antimatter is an important one and it’s worth exploring any possible solution. So why is the lack of antimatter a problem?

Antimatter is a sibling of ordinary matter, identical in every way, except for having an opposite charge. Furthermore, like siblings with bad blood between them, combining matter and antimatter will result in explosive fireworks – meaning a huge release of energy. Combine a matter electron with an antimatter electron, and the energy will be released in the form of two gamma rays of radiation, which can easily be detected.

And the process goes both ways.  High energy forms of light can, under the right conditions, convert into an electron and antimatter electron. Scientists have been able to study both the creation and annihilation of antimatter for nearly a century. Both theory and experiment are in good agreement.

That agreement falters a bit when the process is applied to the cosmos as a whole, especially when the birth of the universe is taken into account. The leading theory of the origin of the universe is the Big Bang, which says that the entire universe was once compressed to a volume much smaller than an atom. As the universe expanded, it began very small and hot and full of energy, before evolving to the large and cool version we see every time we look up at the night sky.

Yet we don’t. We see only matter. Why is that?

The short answer is that we don’t know with 100% certainty, but the best current scientific thought suggests that early in the history of the universe – within the first second of existence – a physical phenomenon slightly favored matter over antimatter. For every 3,000,000,000 antimatter particles, there were 3,000,000,001 matter particles. The three billions annihilated, leaving the tiny matter excess that went on to make the stars and galaxies we see today. There are ongoing experiments here on Earth to study this phenomenon, including the Deep Underground Neutrino Experiment (DUNE), being built at Fermilab. (Disclosure: I am a Fermilab scientist, but I have no connection to DUNE.)

there are other ideas. One common idea is that galaxies are made of either matter or antimatter. On the face of it, this isn’t so ridiculous. As long as antimatter is isolated from matter, antimatter is as stable as ordinary matter. Furthermore, you can make antimatter atoms, molecules and complex structures. It is completely reasonable using well accepted physical principles to have antimatter stars, moons, and planets. And, on the right antimatter planet, there could be an antimatter you, drinking antimatter Gatorade to rehydrate you after your morning run. All of that is totally possible from a physics point of view.

Now the scientific paper released in November 2020 postulates something similar. It suggests that within our galaxy there might consist globular clusters of antimatter stars. Globular clusters contain a few thousand to perhaps a million stars. They are tightly bound together by gravity and tend to be older than most stars. Furthermore, within the cluster, there is generally very little free gas.

The paper suggested that antimatter globular clusters might exist in the Milky Way. In these globular clusters, antimatter stars would go supernova and shoot anti-helium out into interstellar space. If that happened, the motion of antihelium would be affected by the magnetic field of the Milky Way and thus here on Earth, we’d detect antihelium, but not know where it originated. And we do detect a small amount of antihelium in cosmic rays from space – in fact, more than is predicted from more mundane sources.

On the other hand, each antimatter globular cluster has the equivalent of a “solar wind,” which would shoot antimatter protons and electrons out into interstellar space. If that happened, you’d expect to see the characteristic kinds of gamma rays from electron and antimatter electron annihilation, and we don’t see that.

Still, it’s always interesting to entertain creative questions, even if they are likely to be wrong. It’s by ruling out wrong ideas that science advances. And we’re still left with the very fascinating question of where the antimatter went. There is scientific immortality waiting for the person or group of people who figures that out.