Home EntertainmentBollywood The pic that wasn’t

The pic that wasn’t 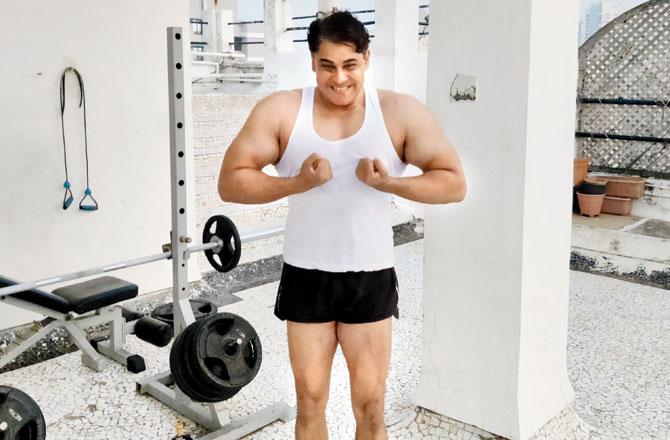 In 2015, a visual-illusion dress caught people’s fancy. Rarely had an outfit’s colour inspired as much debate as the striped selection, which was ‘obviously’ blue and black for some, and ‘clearly’ white and gold for others. Why are we bringing this up five years later? Because we found ourselves in a similar predicament when congratulating Cyrus Broacha on his dramatic physical transformation that has now become the talk of the town. “But there hasn’t been one,” he responds. Puzzled, we give it a second shot. ‘You look significantly leaner in the image you shared online,’ we try. “I have looked like that for years. I don’t know what people are talking about. Maybe it has been photo-shopped. I have been training for years, and this is how I look.” Hmmm…

Broacha has been for most ’90s kids, a significantly influential figure. He is remembered as the ultimate prankster, with his big build being a conspicuous part of his ebullient personality. Accustomed as we are to asking questions, we try again. ‘Perhaps people have seen you look bigger than you currently are, which is why there is a perception that you have lost weight,” we egg him on. Turns out, our attempt leaves him as confounded as his responses do us. “I don’t know. I’m not sure how to answer that.” Hmmm….

Maybe, we had erred — formed an opinion that was entirely biased? We call friends, send a few texts. ‘Would you perceive Cyrus Broacha as one who is an obsessive body-builder?’ we ask. “Erm… Not at all,” come the responses.

Perhaps he’s playing a prank, we wonder. But then, he doles out information on body-building and strength development that aligns with the most knowledgeable. We are only happy to indulge. If his humour has charmed you over the years, Broacha, the body-builder, will make you sit up and listen.

Not a recent affair

“People who know me, know that I love to work out. Obviously it has [not borne the best] results, but that is not the point. Just because you can’t be Federer or Djokovic doesn’t mean you stop playing tennis. There are few things that I am passionate about. As for body-building, I am obsessed.” Having grown up reading Arnold Schwarzenegger’s books on the sport, Broacha subsequently went on to explore more literature. His love for body-building was so well-known among his peers that it was a friend who gifted him the bench and barbell that now occupy space on his terrace.

“I generally commence the week with shoulder movements, and target the muscles of the quadriceps, chest, back, arms, and hamstrings on subsequent days. Currently, I work on a muscle group once in a week, but I need to do so twice. If I had access to a gym, I would do a few other exercises, but, in the lockdown, my workout is restricted to body-weight training, and compound movements.”

If you lack passion, go home

“Body-building is a sport that builds character. Within five minutes of noticing a person [at the gym], you can understand how invested he is in his training. [Interest can be gauged] from the way one approaches the routine, to how he lifts or places the barbell. It is a sport that one can keep getting better at. Of course, as you get older, it gets tougher. In my case, I alternate between power-training, body-building, and other aspects. But you must also accept your limitations. If the calves are thin, they are thin. What can you do about it?”

Despite the array of fitness formats that are available to explore, including time-under-tension, and the 1/3rd technique, he is disheartened by the lack of passion of the “urban Indian male”. “So many people who wake up early and come to the gym, simply don’t want to be there. Weight-lifting demands an attitude like that of a warrior. You need to come in and perform. You can’t have a trainer stand on your head and count [mundanely]. Most of the men do bicep-curls and leave. They don’t know how to squat, bench, deadlift, or row. I don’t have a lot of gifts in life, but I do know that I wouldn’t do something that I am not invested in.”

Although aware of people’s perception, Broacha fails to comprehend how he acquired the tag of being undisciplined, as far as his health is concerned. “I am extremely disciplined. I love potato chips. I mean, who can say no to a potato chip? But, I am a German machine when it comes to being disciplined. In the lockdown, my routine became more structured and I became leaner. I am 91 kilos now, and would like to be 93. But, the heaviest that I have been in my life was 96 kilos, and that was several years ago.”

Boracha admits that owing to his genetic disposition, he has a round face and a chubby built, but asserts that the traits are not a reflection of his lifestyle. “I don’t even drink.”

Broacha isn’t “against cardio”, but doesn’t believe that it is beneficial for Indian men. “All of them are skinny, and have fat in all the wrong places. They don’t want to lift, and the little muscle that they have in the arms and legs will also [be depleted with cardio]. Men should think about looking bigger and stronger. All that they do in the gym is take to some assorted exercises. But, when it comes to running, they are happy to do it throughout the year. People have no interest in the basic concepts of weight-lifting.”

If it is a gym-goer with a lackadaisical attitude that irks him, he is equally angered by those who consider walking an exercise form. “They should be shot. Anyone who has a gym membership but chooses to walk to stay fit, should be banned from gyms. Walking doesn’t help [anyone]. You’d rather walk your dog because that will, at the very least, serve some purpose.”

385
Number of pounds that Broacha could hit when doing the bench press exercise, a record he is proud of

What is your cheat meal:
I don’t believe in the concept of a cheat meal because I think people should eat everything. Nutritional [food] will be effective only if one is satisfied with what is being eaten.

Dietary practices that have helped you:
Eating in moderation. I consume my share of salads, juices, and protein. But I also ensure that I do not keep myself from eating something that I desire. I need to be physically and mentally happy.