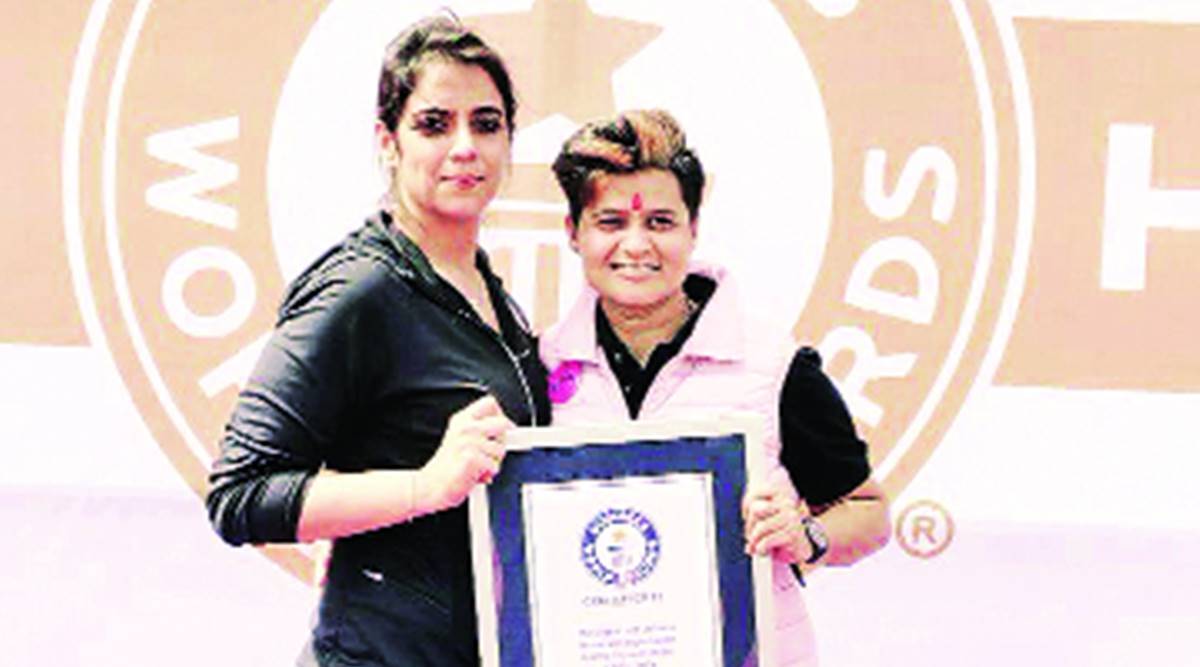 In 2016, karate medallist Aparna Rajawat founded the Pink Belt Mission, a project that aims to provide tools, techniques and knowledge to strengthen women, help them fight violence and respond to associated challenges. With a team of 2,000 trainers, the project is said to have helped over 1.5 lakh women across 12 states so far.

In February this year, the Pink Belt Mission had set a Guinness World Record for organising the largest self-defence training class with 7,401 girls in Agra. “My next goal is to teach self-defence to 2 million women. Besides that, we are working on hostels for victims of domestic violence and a designated support system, which will include professionals like doctors, lawyers, activists and counsellors,” said Rajawat.

“I was among those who never accepted bullying. While boys in school did not give me a hard time, they did so with other girls and I stood up for them. What frustrated me was that the girls never spoke up for themselves. I never understood why and it remained with me for a long time,” added Rajawat.

As a child, the sportswoman had chanced upon a martial arts class in her neighbourhood where no girls were enrolled. She was fascinated by the sport and soon developed a passion for it. “When I saw that boys were gaining strength at the martial arts class, I approached my mother. After assessing my passion, my mother agreed…” .

By the time she was in Class IX, Rajawat had earned her black belt and pocketed several titles. She began teaching martial arts to girls around her, as a sport as well as for self-defence. “I was still in school, but took the classes early in the mornings and post school hours. My next aim was to teach the entire city of Agra, so that no woman is ever bullied or victimised by men. With the right permits, I decided to coach girls and make them into trainers like me, who in turn taught martial arts to other girls in schools.”

Along with her fight against societal norms, Rajawat also fought personal battles. She said being a girl who donned a short haircut and participated in sports was not a reality that was welcomed at her home. It was only when she learnt to protect herself that Rajawat conceptualised that the same could be a solution for every woman.

Unfortunately, she later met with an accident and had to quit her dream of competing for the Asian Karate championship. She decided to direct all her energy into academics and subsequently became a tour manager for international trips.

It was only in 2012 — when she was in London — that she heard about the gang rape and murder of a 23-year-old girl in Delhi and her aspirations were reignited. “I had become entrepreneurial, but the 2012 incident shook me to the core and I took hold of myself. I researched crimes against women in an obsessive manner, studied the law and statistics. I reminded myself that I am trained in martial arts and can teach self-defence. I had also acquired public speaking skills due to tour-managing.”

It took time for Rajawat to leave her career that was brimming with potential, but two years later, the Pink Belt Mission was born — the pink representing women and the belt symbolising power. “The project soon gained momentum as women were inspired by my words. There were five dimensions of strength that we needed to work on — mental, emotional, legal, digital and physical. Women not only came out in huge numbers, but also had a drive to become trainers or volunteers, with an objective to make a change in the world.”

Back home in Agra, Mansi Chandra, a businesswoman who runs a shoe factory called Tara Innovations, is also associated with the Pink Belt Mission. Chandra employs unskilled and unemployed women at her factory, teaches them critical skills required for shoe-making, handling machinery and managing assembly lines, so that they may attain financial stability. Once, she had encountered injustice at her factory and decided to help her women employees garner strength.