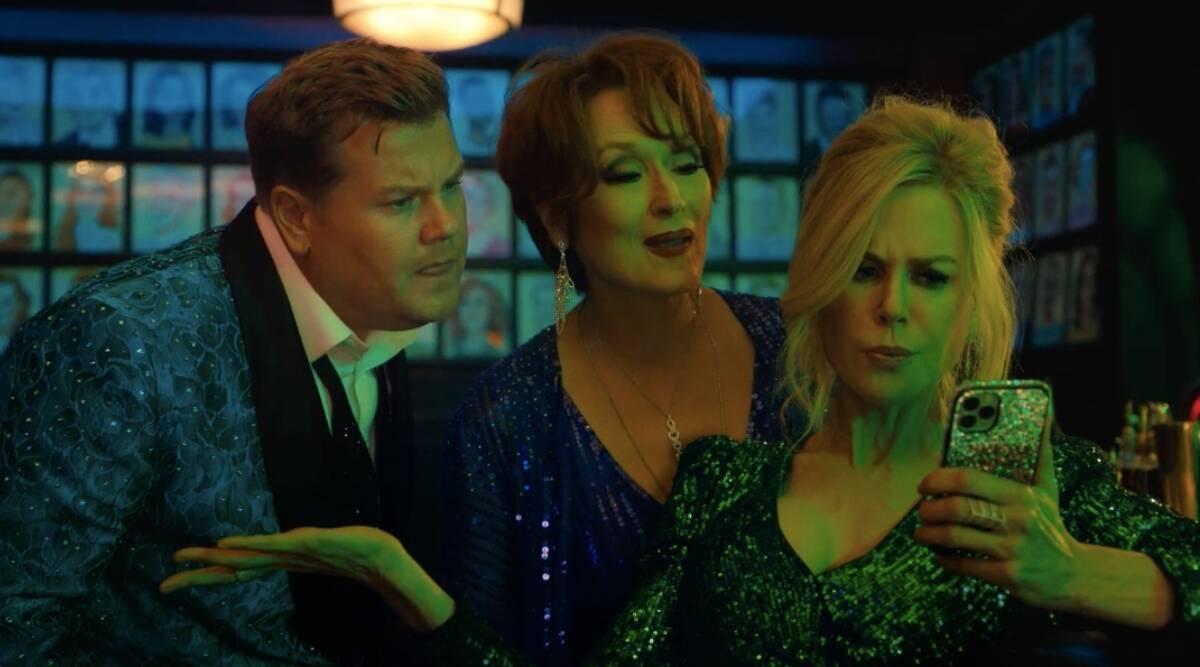 The trailer of Ryan Murphy’s The Prom is out, and it is just the kind of magical film that will bring a smile to your face. The movie stars Meryl Streep, Nicole Kidman, James Corden, Andrew Rannells, Keegan-Michael Key, Kerry Washington and Jo Ellen Pellman.

The Prom revolves around a student Emma who wants to take her girlfriend to the prom, but her school just won’t allow it. Enter, the Broadway performers (Streep, Kidman, Corden and Rannells) who decide to help her and give her the best possible prom. The film’s trailer is larger than life, with an old-world charm to it.

Watch the trailer of The Prom here:

In the trailer, we see Meryl Streep, James Corden and Nicole Kidman dressed in flashy clothing as they play exaggerated versions of their characters. The description of the trailer hints that they initially plan on helping Emma to resurrect their own career but eventually change their mind. The brightly coloured sets, the costumes and the musical numbers hint at an entertaining film.

The Prom is based on the Broadway musical of the same name.

The Prom starts streaming on Netflix from December 11.