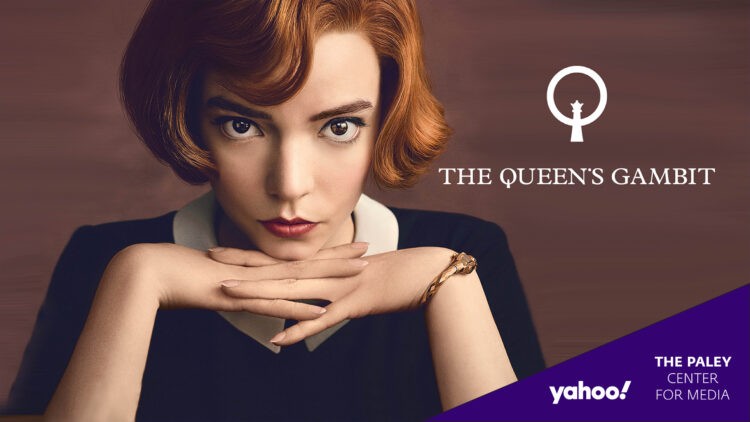 PaleyFest LA 2021 sponsored by Citi and Verizon. Stars and an executive producer of Netflix’s The Queen’s Gambit (William Horberg, Anya Taylor-Joy, Marielle Heller, Moses Ingram, Thomas Brodie-Sangster, Harry Melling, and Bill Camp) gather with moderator Stacey Wilson Hunt at PaleyFest LA 2021 to celebrate their show. Topics include: how countless producers dismissed making a film of Walter Tevis’s 1983 novel about a self-destructive female chess player, calling it “non-commercial”; the word-of-mouth campaign that led to the mini-series becoming a phenomenon for Netflix; Taylor-Joy’s (Beth Harmon) decision to sign on without reading a script due to her love of the book; the reaction of theater veteran Camp (Mr. Shaibel) to finding himself with a new fan base after the show’s success; Melling (Harry Beltik), Brodie-Sangster (Benny Watts), and Taylor-Joy becoming chess devotees after learning to play for the mini-series; and how the show caused a newfound popularity for the game of chess, and skyrocketing sales of chess boards.